Alumna’s personal experiences add realism to acting in ‘This Land’ 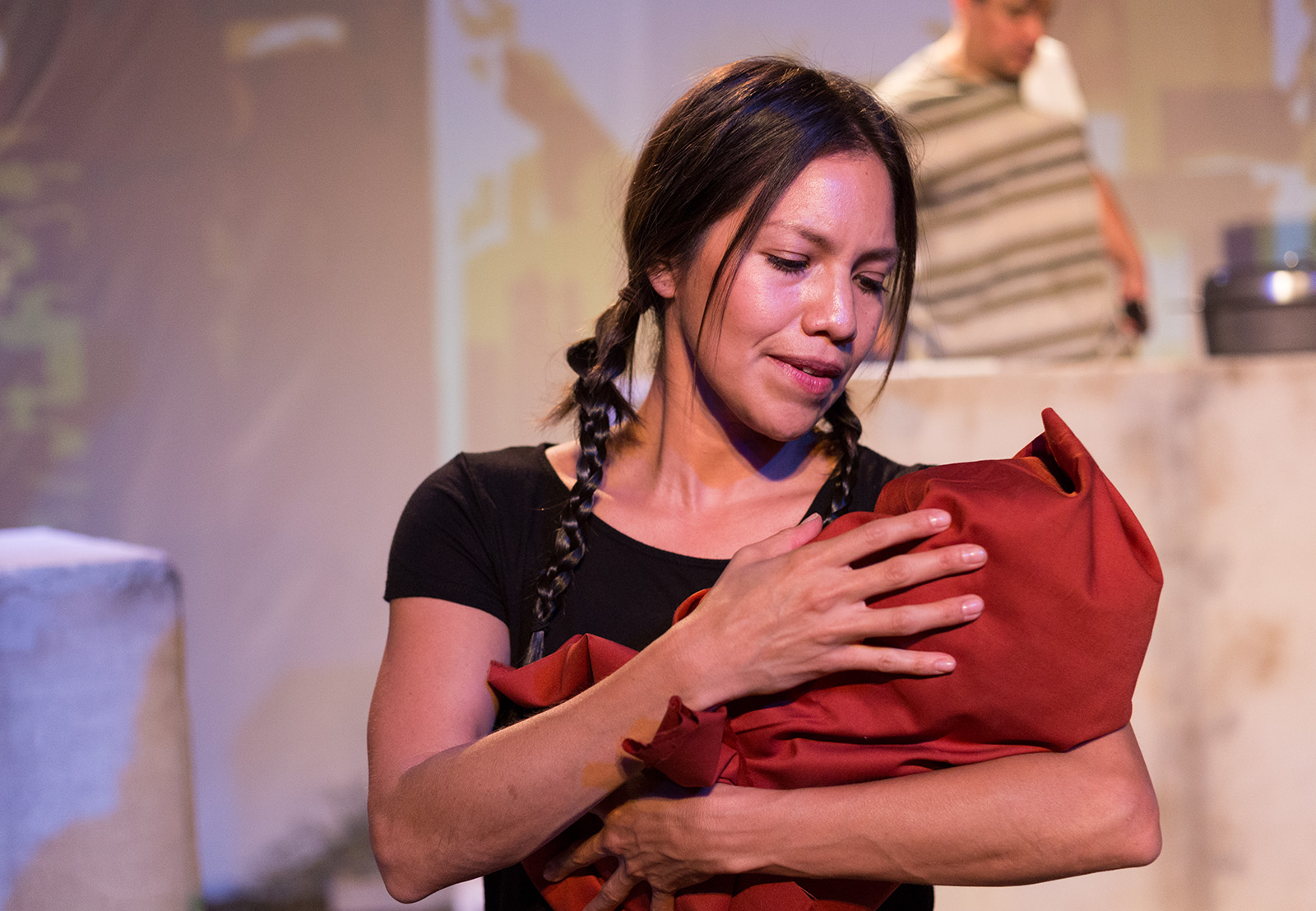 UCLA alumna Cheryl Umaña Bonilla stars in the Company of Angels’ “This Land,” a historical play that follows 12 different characters’ claim to the land that is modern day Watts. (Alyssa Dorn/Daily Bruin staff)

Audience members of “This Land” can experience about 150 years of Los Angeles history without ever having to leave the comfort of their seats.

The historical play will run Friday through Nov. 13 at the Company of Angels theater in Downtown Los Angeles. “This Land” follows 12 characters’ claim to the land that is modern day Watts, California. The plot spans different time periods that begin with Watts’ origin under the Rancho La Tajauta land grant in the 19th century to the city’s gentrification in 2020.

UCLA theater alumna Cheryl Umaña Bonilla portrays two characters, Toya and Della, two young women from the 19th and 21st centuries, respectively. Toya, a Tongva woman, deals with an increasing Spanish presence in her homeland while Della fights for her Watts home against a city developer.

Umaña Bonilla incorporates her personal experience as a Guatemalan woman to capture Toya’s courage and frustration in scenes that feature Toya’s loss of land to Spanish invaders. She also uses her knowledge of the gentrification in Watts to bring Della’s struggle with the city developer to life.

“I’m from Guatemala, so I’m very aware of the commodification of native lands,” Umaña Bonilla said. “I get a sense of (Toya’s) strong connection to her land and the thousands of years of the Tongva way of living it represents.”

Jeff Torres, Umaña Bonilla’s co-star, said he has sometimes had to compensate for other actors’ inability to portray characters believably, but doesn’t have to worry about filling in the gaps when he’s on stage with Umaña Bonilla.

“Our job is to become someone else and tell a story, but sometimes I’m in trouble when a co-actor isn’t credibly playing their character,” he said. “With (Umaña Bonilla), I don’t worry about that because she’s already so involved with her character and is always honest with what she wants to show.”

Torres said Umaña Bonilla’s intense emotions in the final scene of act one always leave him impressed. He added he thinks that scene is the play’s standout moment.

“Toya has no other choice but accept the Spanish colonization of her Tongva land,” he said. “Cheryl shows raw and visceral emotions that are as powerful as the lightning and electricity surging onstage.”

Playwright Evangeline Ordaz said she was also impressed by how Umaña Bonilla drew on emotions from her personal experiences to emphasize the reality of the issues the characters face.

“When writing plays, I envision something in my head, and it’s really amazing to have people like (Umaña Bonilla) bring that to life and find so many more things in my characters,” she said. “She uses my words as a jumping-off point and makes the show more credible and poignant.”

Umaña Bonilla added she thinks the show will spark discussion about why so many characters, from Native Americans to developers, want the land.

“I hope ‘This Land’ shows people the importance of discussion,” she said. “I want them to use what they’ve learned, because this is inspiration for life and how we must be.”