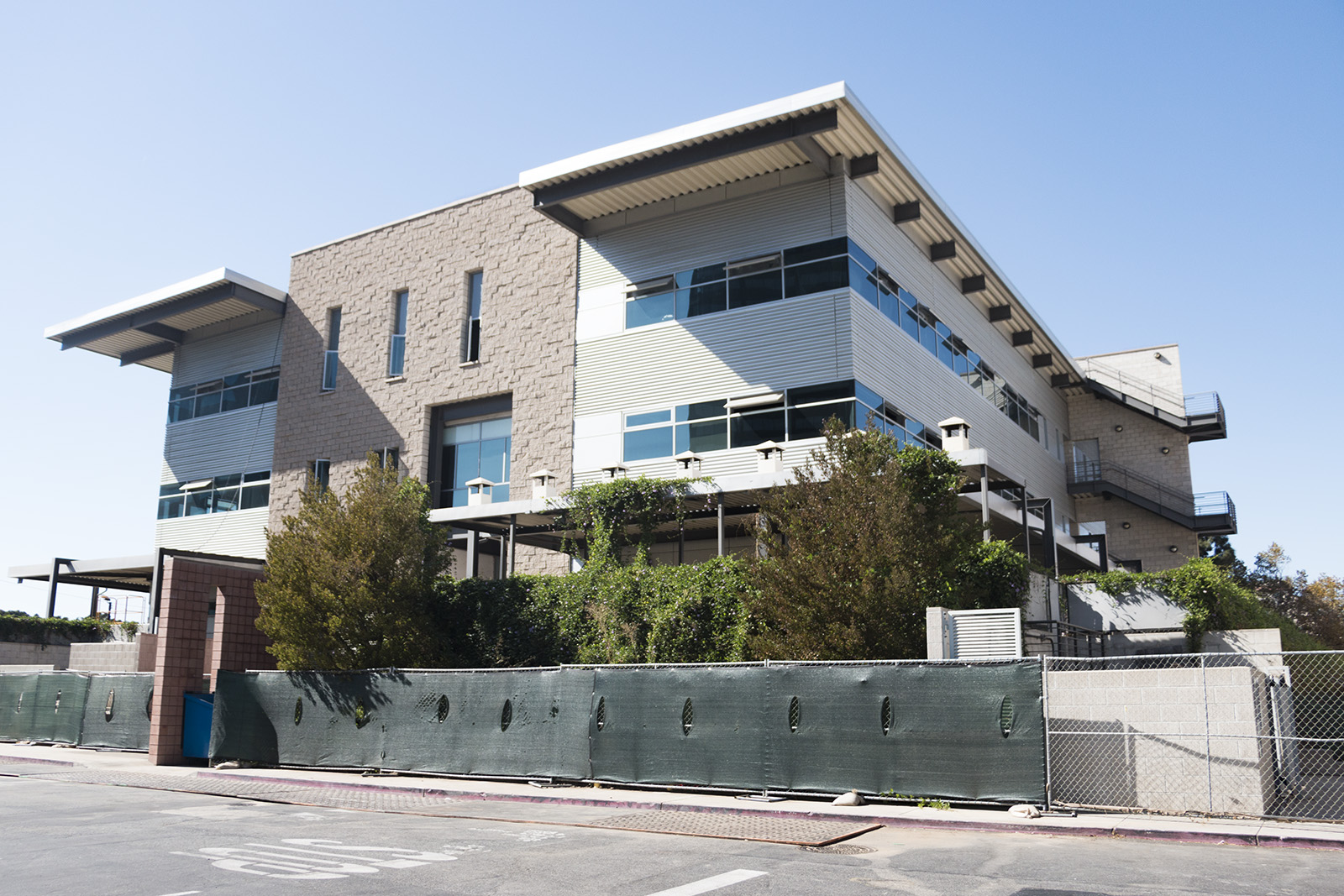 Students at the recently opened Geffen Academy at UCLA may conduct independent research projects or learn how to manage their mental health before they graduate middle school.

The Geffen Academy, which opened on Kinross Avenue in September, uses research by head of school Sibyll Catalan and other faculty to promote independent research and mental health wellness in its curriculum. The secondary school teaches grades six, seven and nine this year and was funded by a $100 million donation from philanthropist David Geffen. In 2018, the Academy will double in the number of students enrolled and offer grades six to 10.

The school’s curriculum includes programs such as I-Track, an independent research class offered to students, and the Wellness department, which offers a class to help students maintain both physical and mental health.

Catalan served as the executive director of the Fellowship for Teachers and Principals, which showcases the work of public school educators across the country from 2010 to 2014.

She said the fellowship helped her determine what children need to be successful: sufficient sleep, persistence in a single activity of their choosing, having meals at home with family and finding a purpose beyond themselves. She used the research from her fellowship to develop Geffen Academy’s academic model.

Dean of Faculty Larisa Showalter said the school ensures students have enough time for sleep and meals at home by allocating homework efficiently. Subjects that require regular practice, such as mathematics and foreign languages, have more homework, while other subjects have a lighter homework load, she said.

“We offer a more humane schedule, so that students get time to decompress at home,” she said.

Showalter said the school consulted with Robert and Elizabeth Bjork, the principal investigators of the Bjork Learning and Forgetting Lab, and uses their research to help faculty decide how much homework to assign students. The lab uses cognitive psychology to promote learning and memory performance in education.

The school has also instituted a program called I-Track to encourage students to pursue their interests, Catalan said.

I-Track is a class that encourages students to pursue personal research and academic interests as early as sixth grade. The projects do not have a strict deadline, but students establish individual timelines with the teacher supervising their project, Catalan said.

Rhazes Spell, I-Track department chair, said some projects students are working on include finding a way to prevent meteorological disasters and making a public service announcement to create awareness about such disasters. Others are creating vegan solutions for picky eaters, predicting data in fantasy football and inventing emojis unique to an individual’s identity, he added.

“The students’ projects push even my interests,” he said. “It is my job to figure out how we can tailor the curriculum to honor their interests and the school’s syllabus.”

The school created its wellness program by looking at the state of mental health in universities nationally and at the issues the average college freshman struggles with, Szabo said. He added he thinks wellness education from sixth to 12th grade should focus on the connection between the mind and body and help students cope emotionally.

Szabo also works with the Semel Institute for Neuroscience and Human Behavior and the UCLA Healthy Campus Initiative to help UCLA students distinguish between psychological disorders and everyday events that cause stress, Catalan said.

Catalan added the school is teaching science the way it is taught in many Asian and European countries.

In the traditional American system, the sciences are taught in separate years. At the Geffen Academy, students will take a trimester of biology, chemistry and physics each year so students can more easily draw connections between the fields, Showalter said.

She added middle school student will also rotate through visual arts, theater and music during a school year. There is also a 15-minute period every morning during which students take part in elective reading together.

Catalan said she thinks the Geffen Academy’s model will help solve issues in education, such as balancing the sciences and humanities in school curricula.

“We are beginning to do the good but hard work of setting the culture of the school, which is about finding your place and interests in a complex world,” Catalan said.