Gott’s Thoughts: The search for No. 114 affirms good-not-great status of UCLA athletics 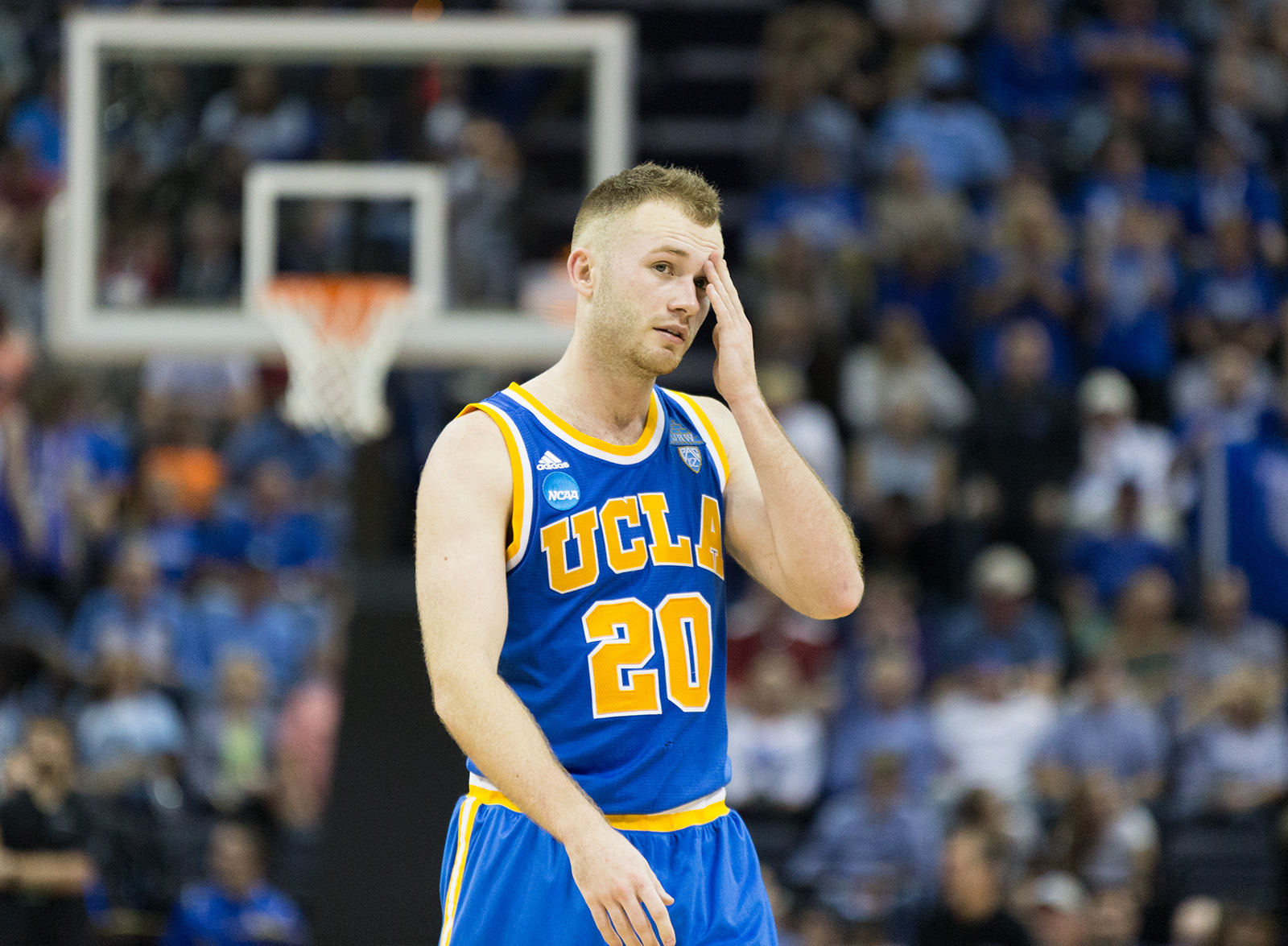 The UCLA men’s basketball team was eliminated in the Sweet 16 last year after an exciting regular season. That team isn’t the only one in Westwood who did well, but not well enough to win it all. (Daily Bruin File)

I grew up a Dodgers fan, so I’m used to watching my team lose in the playoffs.

When I got to UCLA, I thought that was going to change. It didn’t.

On some level, I think many current UCLA students were seduced by the idea of going to a school with a competitive athletic program. I still remember walking around campus during my orientation session before my freshman year, seeing sign after sign on Bruinwalk reading “No. 1 in National Championships.”

Even to the members of the student body who don’t care about sports at all, it must have been nice to know that UCLA was the best at something.

This, of course, is not the case anymore. Stanford slid into a tie with UCLA at 113 NCAA titles when the Cardinal narrowly defeated the Bruins in the the women’s water polo national championship last season.

So what has that left us with? An athletics department made up of almost exclusively good-not-great teams.

I’ve noticed a very distinct pattern in my three years of covering UCLA sports. Bruin teams spend the regular season fighting for a top spot in the Pac-12 or Mountain Pacific Sports Federation, and then they falter just a few wins away from capturing it all.

If this narrative sounds familiar, it’s because that’s exactly what happened to UCLA men’s basketball last season. A shocking amount of other Bruin seasons follow the same narrative.

UCLA has won two national championships in the last three academic years – both coming from men’s water polo. In 2016-2017, UCLA went an entire school year without winning a team championship for the first time since 2001-2002.

This doesn’t mean these teams haven’t been competitive.

UCLA has had 68 opportunities to take home an NCAA team championship in the last three academic years; just over half of those teams came up with finishes in the top 16 or better.

In the same timeframe, teams finished in the top four a dozen times, meaning that UCLA teams have consistently been just two wins away from claiming an NCAA title.

Over this three-year time span, nearly every single program has gotten a taste of NCAA playoff atmosphere with the exception of rowing.

But, with all of those numbers in mind, there’s really only one figure that matters: how many times UCLA has gone all the way. Over the last three years, that number has been stuck at two.

For Stanford, that number is eight.

Although it seems like 99 percent of the attention in Division I sports – and probably around the same amount of revenue – gets directed to football and basketball, UCLA needs to get itself back in the direction of the pursuit of greatness, not goodness, across all sports.

Being on top has a positive impact on the student body. It’s been a luxury and legacy that UCLA has enjoyed since 1996, when many of the members of UCLA’s current senior class were born. Right now, we don’t have it.

So I’m heading into this year hoping to see at least two championships.

One from UCLA, because if no Bruin team brings home the hardware, it will be the first time the school gets shut out in consecutive academic years since the 1960s. That sounds pretty tough for the student body to stomach.

The other from the Dodgers, because even with their recent slide and 29-year World Series drought, they’re still the best baseball team I’ve ever seen – no matter how many times I’ve watched them choke in October.