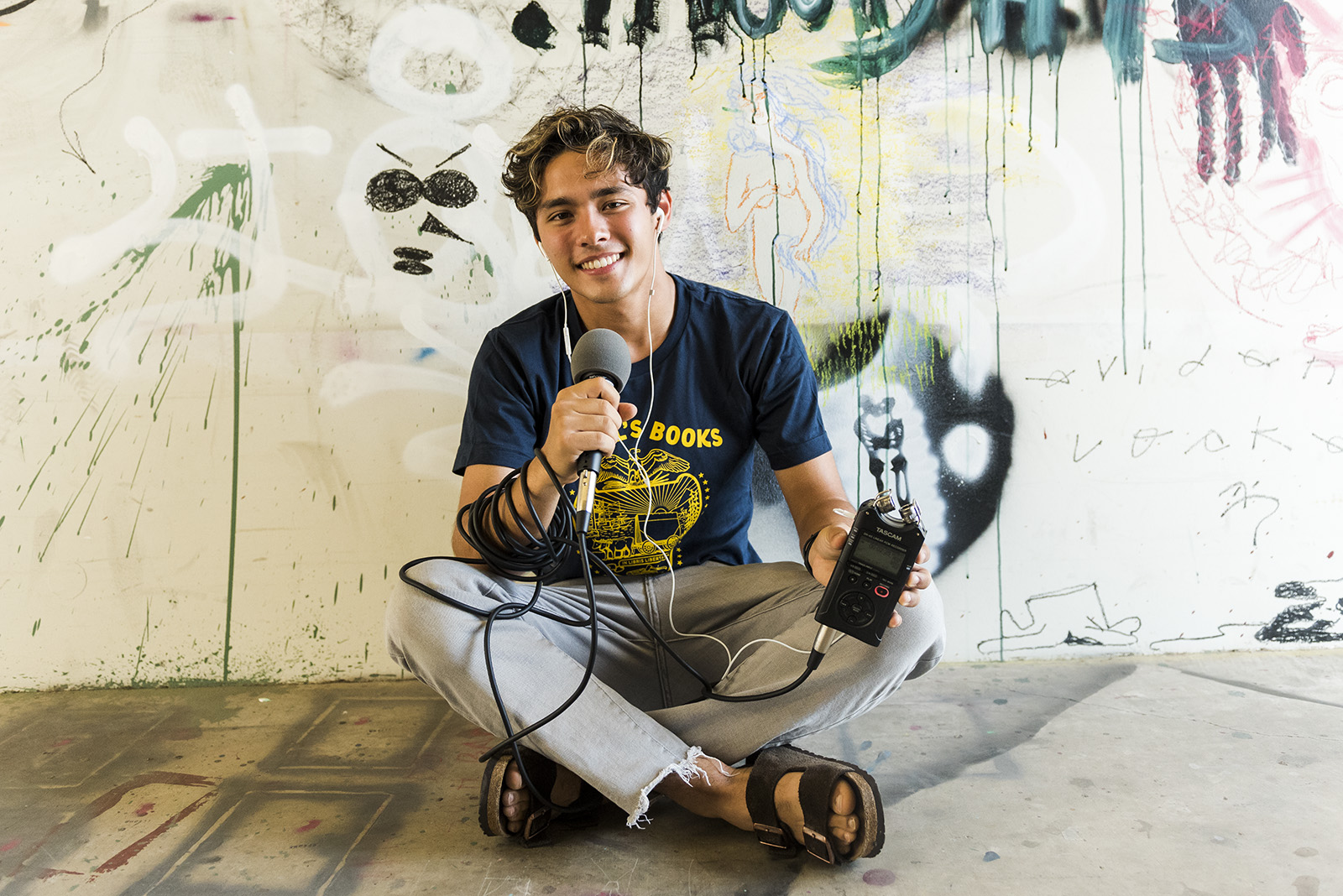 Riley Grant went to a high school party during his senior year not to dance or drink, but to conduct field research for his podcast.

In the first episode of his podcast, Pique, the first-year pre-business economics student investigated why young people consume alcohol. By interviewing different people at varying levels of intoxication after getting consent to record their conversations, Grant said he found that teenagers drink for many reasons, including to fit in with other partygoers or even to cope with depression.

Grant said understanding how people his age think has become the mission for his podcast, which he started posting almost weekly this summer.

Grant began pursuing audio-based journalism at Lincoln High School, where he was a leader for a student-run speaker series on entrepreneurship and business. After gaining skills in cold emailing and interviewing, Grant decided to apply his talents to a podcast series where he could talk about topics that stimulated – or piqued – his own interest, he said.

Grant was first exposed to economics-related podcasts such as “Freakonomics” and “Planet Money.” He said he was initially drawn to podcasts because they allowed him to learn about topics such as business while keeping his hands and eyes free to do other tasks.

“Podcasts are such an unpretentious medium because with audio, it is just about listening to a story,” Grant said. “I could be doing the dishes and still be learning about crazy stuff like how the fracking boom influences marriage rates in the Midwest.”

The audio-based format of journalism is also ideal for Generation Z members, generally considered to be people born after the mid-1990s, who are younger than millennials and haven’t grown up reading long articles, Grant said.

Although Pique is geared toward a younger audience, the topics discussed on the show are still applicable to listeners at large, Grant said.

“The questions we ask are not just topics that apply to our generation,” said Kate LeBlanc, Grant’s co-host and a first-year student at Stanford University. “Pique is just curious about what our age group’s point of view on these topics (is).”

Pique explores topics including career planning, faith and slang, but approaches them from the perspectives of a younger demographic. For example, in his episode about career planning as a young person, Grant interviewed high school students still considering their majors and future job opportunities.

Many of the sources Grant reaches out to are near his age, he said. Grant does not travel for his podcast, but instead draws a majority of his sources from his hometown of Portland, Oregon. For a podcast he created about teenage slang, he interviewed people with ages ranging from their teens to late thirties about the weirdest slang words they knew in downtown Portland.

“I obviously do not have the same ability as an NPR reporter to go to Alaska or Berlin to touch upon some issue there,” Grant said. “But what I do have are people my age who have unique views and want to talk about topics pertinent to them.”

Grant plans to continue pursuing audio-based journalism at UCLA and has already begun taking advantage of the institution’s large student body, he said. For his teenage slang podcast, Grant reached out on a UCLA Facebook page asking students if they would be willing to speak to him about slang from their regions. Although he ended up using interviews with people he crowdsourced in Portland, Grant said he found a few people who were interested in the project he was pursuing and his podcast show in general.

By interviewing people of different backgrounds, Grant can draw from UCLA’s diverse campus and expand the worldviews of his listeners, said Amahn Enayati, a senior at Grant’s former high school who was interviewed about his plans to pursue business for an episode of Pique.

“People listen to podcasts to learn more and pop the bubbles they live in,” Enayati said. “It would be a service to listeners if Pique could pop some bubbles.”

The biggest part of podcasts – and of Pique – is the storytelling, LeBlanc said.

“There is something so innately human about passing on stories through oral tradition that podcasts really tap into,” LeBlanc said.