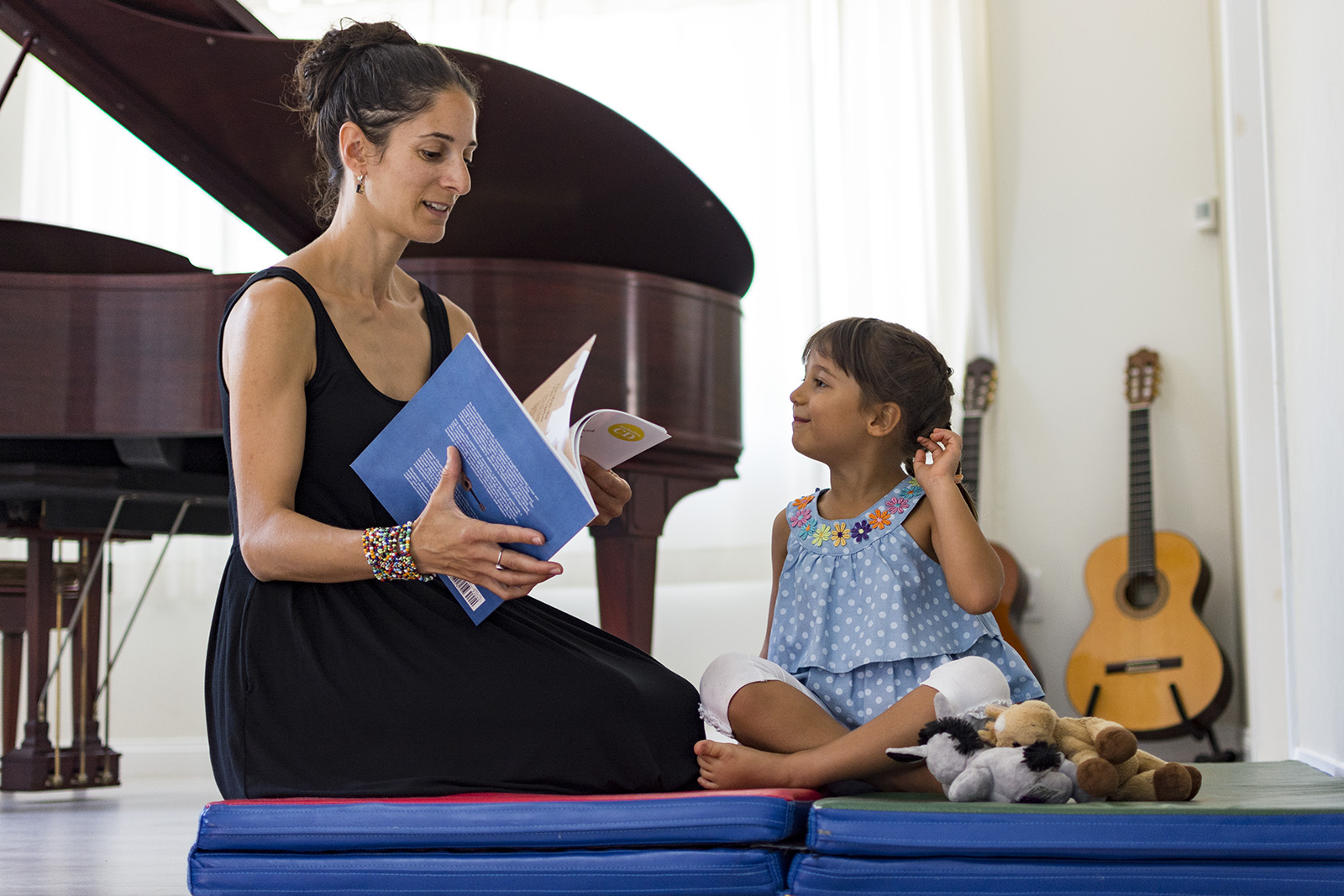 Karenn Chutjian Presti began translating nursery rhymes and American folk tunes into Armenian about 6 1/2 years ago, when her first daughter was born.

“A lot of people talk about having a baby and your brain turning to mush and it wasn’t like that at all,” she said. “I was learning new words, I was learning new vocabulary and I realized how many words I was missing, being born in the U.S.”

The Herb Alpert School of Music lecturer published her translations in “My First Armenian Songbook,” a bilingual collection of 16 children’s songs on Aug. 17. Chutjian Presti said music has helped her raise her children in a multilingual environment because it makes it easier for them to break down the sounds of various languages.

Although Chutjian Presti and her husband are raising their children to speak Armenian, German, Italian and English, she said she feels particularly passionate about Armenian. The dialect of Armenian that Chutjian Presti speaks, Western Armenian, is classified as definitely endangered by UNESCO, and is a minority language in every country where it is spoken in.

“It’s not a language that’s spoken (officially) in any country – in Armenia, they speak Eastern Armenian,” she said. “So, we have this sense of responsibility growing up Armenian to keep the language strong.”

Chutjian Presti also said Armenian speakers of her generation had less access to supplementary materials in Armenian, such as television shows and books, than children today do. As a result, her Armenian vocabulary was somewhat limited, and she didn’t know basic terms she wanted to use with her children, such as playground vocabulary.

Now, Chutjian Presti speaks to her children almost exclusively in Armenian, only addressing them in English when they have monolingual friends around.

“I think one of the drawbacks of (being bilingual) is you’re not really part of one culture completely, you have one foot in one culture and one foot in the other. At least, this is my experience,” she said. “They are American and yet they are Armenian, so I wanted to find a way to connect these two things.”

“That’s the bridge I wanted to have, the Armenian words with the American melodies,” she said.

Betjemann, who also studied linguistics in college, said music and singing can help improve a child’s skills in a given language because the brain processes and stores words set to music differently than words that are not.

She added that one of her favorite songs to sing is “The Zoo,” because it helped her learn the Armenian names of some animals she would not have known otherwise.

“It helps keep the language relevant,” Betjemann said. “A language is only as good as its applicability or function in a person’s life.”

For the book’s imagery and design, Chutjian Presti turned to her friend Alastair Sadler, a professional illustrator. Sadler took on the project, despite having no familiarity with Armenian culture or language prior to working on the project.

“That’s sort of one of the pleasures of the project, is having to deal with something that is completely new to me,” he said. “I had to go through a bit of a learning process with (Chutjian Presti’s) help, to figure out which of the words in Armenian corresponded to the words in English.”

He said the first song that appears in the book – “Zoom Zoom Zoom, We’re Going to the Moon” – was one of his favorites to illustrate because it reminded him of when he first introduced the song to Chutjian Presti at a toddler’s music group meeting when their kids were younger.

Now as Chutjian Presti reads the book to her own children, she said she wishes she had a similar songbook for herself as a child growing up in an Armenian-American household. She added she hopes the songs can serve as a bridge between Armenian and American culture.

“It was just more of a practical concern – why shouldn’t they think that we have … all of these songs in Armenian tradition?” she said.