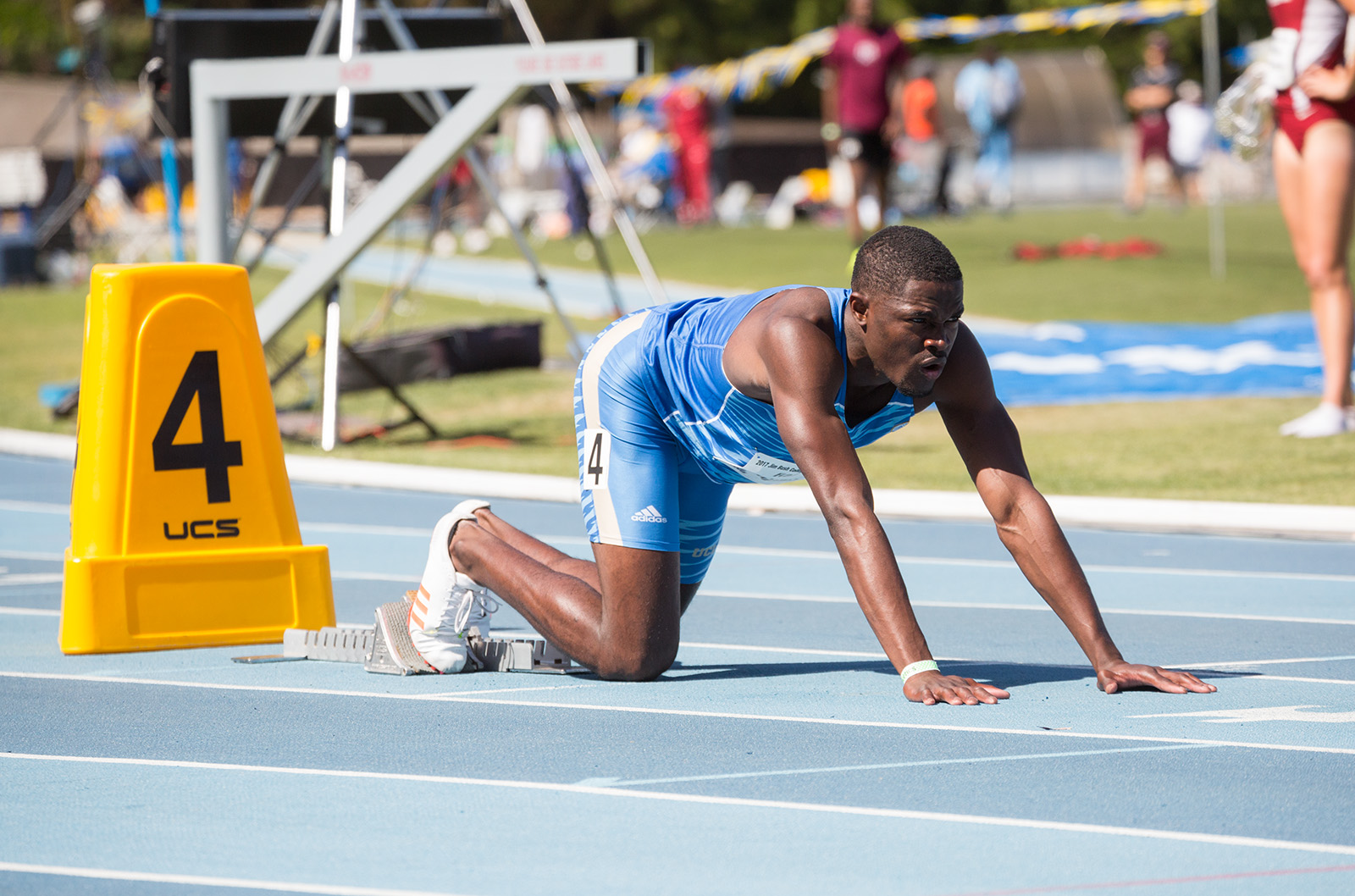 The 2017 outdoor track and field season was then-freshman Rai Benjamin’s first full season as a Bruin but it was also his last – despite being one of UCLA’s highest ranked sprinters. (Keila Mayberry/Daily Bruin staff)

Hurdler Rai Benjamin is yet another example of a worrying trend at Drake Stadium.

The rising sophomore recently announced halfway through his stunning collegiate track and field career that he will be transferring from UCLA to USC.

Benjamin was the first Bruin to stand on a podium since 2014, placing second at the NCAA Division I Outdoor Track and Field Championships with his second-place finish in the 400-meter hurdles.

And it’s not just him. With this move, one of the most talented sprinters to have set foot in Westwood for years will be the third member of the track and field team to leave the Bruins in the last year and a half.

Rising junior Julia Rizk, one of just three women to represent the Bruins at the same championship meet, announced that she too will be leaving UCLA in favor of Ohio State for the 2017-2018 school year.

Last year, then-freshman thrower Stamatia Scarvelis – who posted UCLA’s 2016 season-best marks in both the women’s discus and hammer throw – transferred to Tennessee after just one season.

So why can’t UCLA, a school that used to be an absolute track and field powerhouse, hold on to its best athletes?

One theory is that perhaps the schools that these athletes are transferring to simply place higher at big meets, but a quick look at the track and field results reporting system reveals this is not the case.

The women’s teams at Tennessee and Ohio State scored two points and one point respectively at this year’s Outdoor Division I Championship meet. UCLA wasn’t able to score any, but does a difference of one point really make transferring worth it? Common sense says no.

The story is slightly different with USC, whose men’s team was able to score 14 total points and tie for 20th place overall this year, whereas UCLA garnered just eight points this year and tied with eight other schools for 33rd place overall.

Still, hardly a good enough reason to make such a huge change.

So if the numbers cannot provide the reason for the change, it must be something else.

Benjamin said the reason he’s leaving is the recent change in coaching. The new director of track and field, Avery Anderson, fired sprints coach Darrell Smith and Benjamin said that change simply was not what he wanted.

[Related: Former Bruin Avery Anderson takes over as director of track and field]

UCLA’s athletic department has not done anything to breathe new life into its track and field team until this year, but getting rid of familiar faces and replacing them with brand new ones is not what the program needs.

Furthermore, it needs to build the relationships between those athletes and their coaches.

Track and field has lost its allure at UCLA, and going from Jim Bush’s five NCAA championships in 20 years to zero in the last decade is proof of that. If this move to change the face of UCLA track and field doesn’t attract new athletes soon, the Bruins are frequently going to go longer than three years without someone standing atop the podium at championship meets.