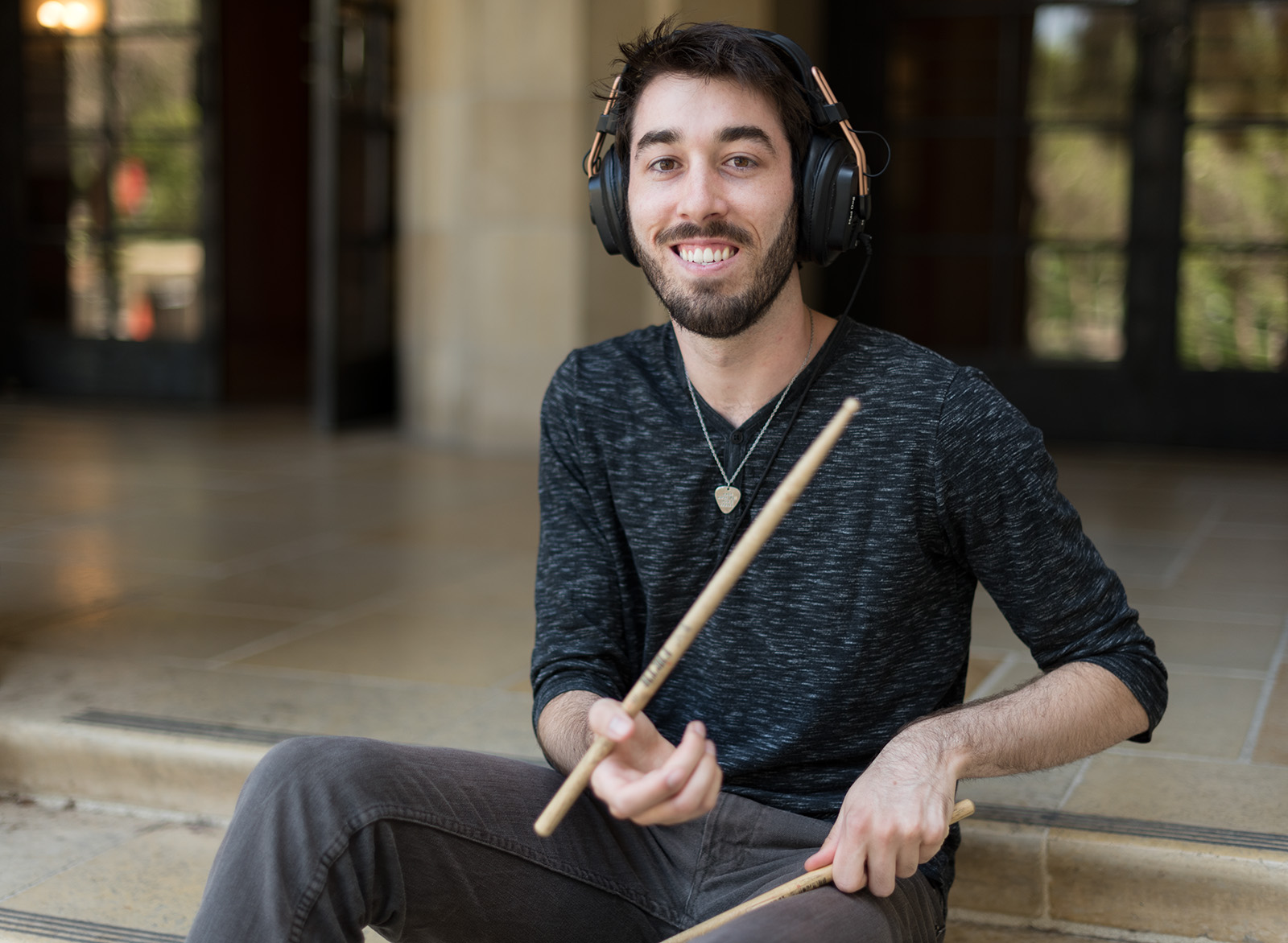 Alumnus Fred Foos is a member of EDM group #CAKE, along with Julian Tipler and Michael Buchholz. The trio branches out of typical EDM conventions by incorporating sounds from different instruments and genres. (Daniel Leibowitz/Daily Bruin)

By Nate Nickolai and Andrew Warner

The members of #CAKE were in high school when they produced their first EDM song together. But while they were making it, their computer glitched, and the song slowed to 70 percent of its original speed.

“We had no idea what we were doing, but we liked the sounds that we were making,” said Fred Foos, one of the members of #CAKE and a UCLA alumnus.

Foos and his childhood friends, Julian Tipler and Michael Buchholz, have been producing music together since high school under the moniker of #CAKE – pronounced “pound cake.” Working out of Los Angeles, Santa Barbara and Houston, respectively, the trio has worked on creating their own sound and hopes to release new music on SoundCloud by the end of the summer.

The trio grew up together in San Diego, where they lived on the same street as children. Outside on the street they played football, but inside Tipler’s bedroom, they played instruments – Foos played bass, Tipler played guitar and Buchholz played piano.

Foos didn’t begin playing electronic music until he was 14 years old, after Tipler’s father bought Tipler the music production software FL Studio , which is used by many electronic music and hip-hop producers.

“We just started playing around with it, kind of like you would with any toy,” Foos said.

“The interesting thing behind #CAKE is that none of us had an EDM background when we got into it,” Foos said. “I think that’s what actually helped us develop our sound into what it is now; we were never boxed into these conventions.”

Foos said he’s noticed that many other producers nowadays start producing electronic music because they enjoy listening to certain genres of music, like dubstep, which limit them to a set of parameters, such as its specific tempo and instrumental composition.

In fact, the repetitive nature of some EDM genres, such as dubstep, has made it difficult for the trio to find their own sound, Buchholz said. New innovations such as vocal beat drops become cliche in just a couple of years because a large number of EDM artists use them, he said.

“You have to kind of think about what is going to be popular two or three years from now rather than what’s popular right now,” Buchholz said. “We want to have our own footprint and do something original with that.”

Buchholz said the trio’s music has been constantly evolving during their search for originality. One way the members have tried to make their music stand out is by incorporating samples of real instruments into their otherwise synthesized beats on FL Studio.

The group likes to blend different instruments and genres into their electronic music, Foos said. They incorporated jazz influences into one of their unreleased songs, and used the tabla, a South Asian percussion instrument, on another.

Tipler said the addition of instruments outside of the EDM genre has helped to make #CAKE’s sound more organic. The trio has also added vocals and written lyrics for guest artists to several songs as opposed to purely synthesized beats.

“(Synthesizers) are kind of bland if you just have a track composed entirely of (synthesizers),” Tipler said. “They don’t have a lot of dynamics and impurities, so if you use a sample, it’s much more sort of real, and I feel like people can identify with it more.”

Foos said that he and the other members of #CAKE are not going to place any limits on their future aspirations and are excited to watch their musical career unfold day by day. Since Foos and Tipler just graduated in June, they plan to use their extra free time to produce even more music, with the hopes of releasing two to three songs throughout the summer.

“We’re mostly just making music because we like it, and we really believe in it.” Foos said.