Claire-ification: Experiences as a Daily Bruin Sports writer and editor 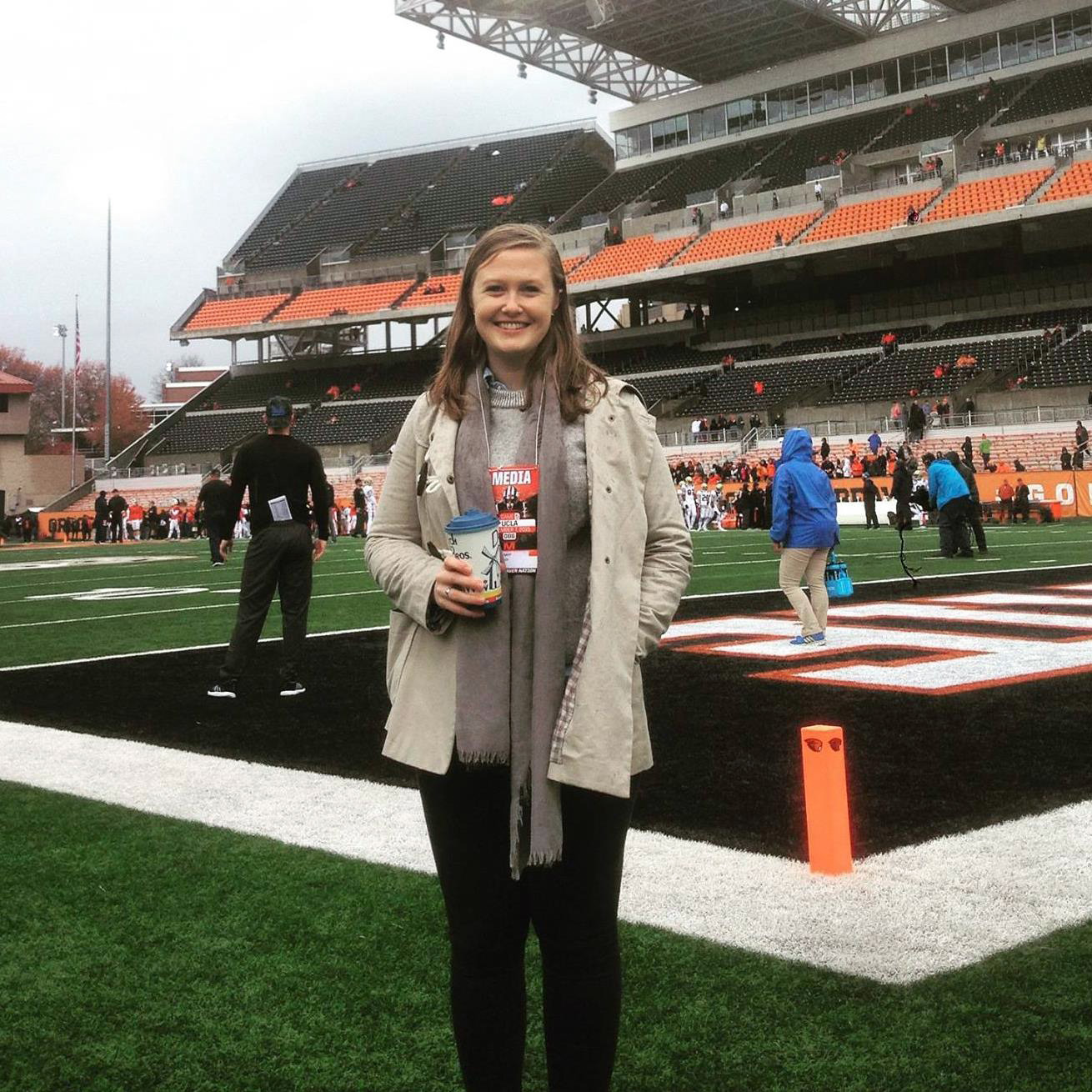 There are a lot of perks to covering sports for the Daily Bruin.

I got to attend almost every football and basketball game last year, travelled to six different games in three different states and was paid to write about it all. I was given a platform to voice my opinions, concerns and insecurities about doing the job I loved.

The stipend was minimal, the hours were long and the work was grueling. There were countless late nights and some unfortunate early mornings. Even when I complained, even when I felt stretched too thin …

I loved all of it.

But the perks were never what it was about for me. Sure, walking into the press box at the Rose Bowl never gets old, even if the turkey sandwiches do. But football – with all its pomp and circumstance – was never my favorite sport to cover.

The best season I had as a beat reporter was probably my freshman year. Not that I peaked too soon, but that was the only year I got to just write. I wasn’t an editor yet and I didn’t have to stress so much about getting the paper out every day.

I would chase features for months until I made them happen, talk to players for hours before even officially pitching a story about them and dream up insane ideas for layering because it wasn’t my job to worry about the feasibility of it all. For a Daily Bruin writer, that’s just about as luxurious as it gets.

Personally, my favorite team at UCLA will always be men’s volleyball. That was my first proper assignment, and I knew that team was the best out of every subsequent squad I was assigned to.

They didn’t advance far in the playoffs or achieve any particularly impressive milestones, but they were my team. I graduated from that position to cover national championships, but nothing was ever as thrilling as a five-set Stanford duel in a sparsely seated Pauley Pavilion.

The perks were never what it was about for me. It was about the people. I’m highly aware of how cliche and self-conscious that sounds, but it was always the case.

I’ll never stop smiling warmly when I walk past “Waldo” at the gym. I don’t think he remembers me, but I will never forget the man who launched my career at the Bruin and landed me my first front-page story.

I’ll always feel as though I played for coach John Speraw, even though I just covered his team. He taught me the professionalism and work ethic I carry with me to the next stage of my career (wherever that may be) and he also taught me how it feels to get yelled at by a Division I coach – not great.

And I’ll always have respect for former volleyball player Hagen Smith after he responded to approximately 1,000 text messages from me and woke up at 4 a.m. to go surfing so that I could execute my first – but definitely not last – crazy idea for a story.

I joined the Sports section for the same reason many of us do – we want to tell the stories about the people behind the blue and gold uniforms. Do we always get it right? Definitely not. But we collect our own stories along the way. And that’s the greatest perk of them all.