Battle of the Editors: Debate on winners of Daily Bruin’s athletes of the year awards begins 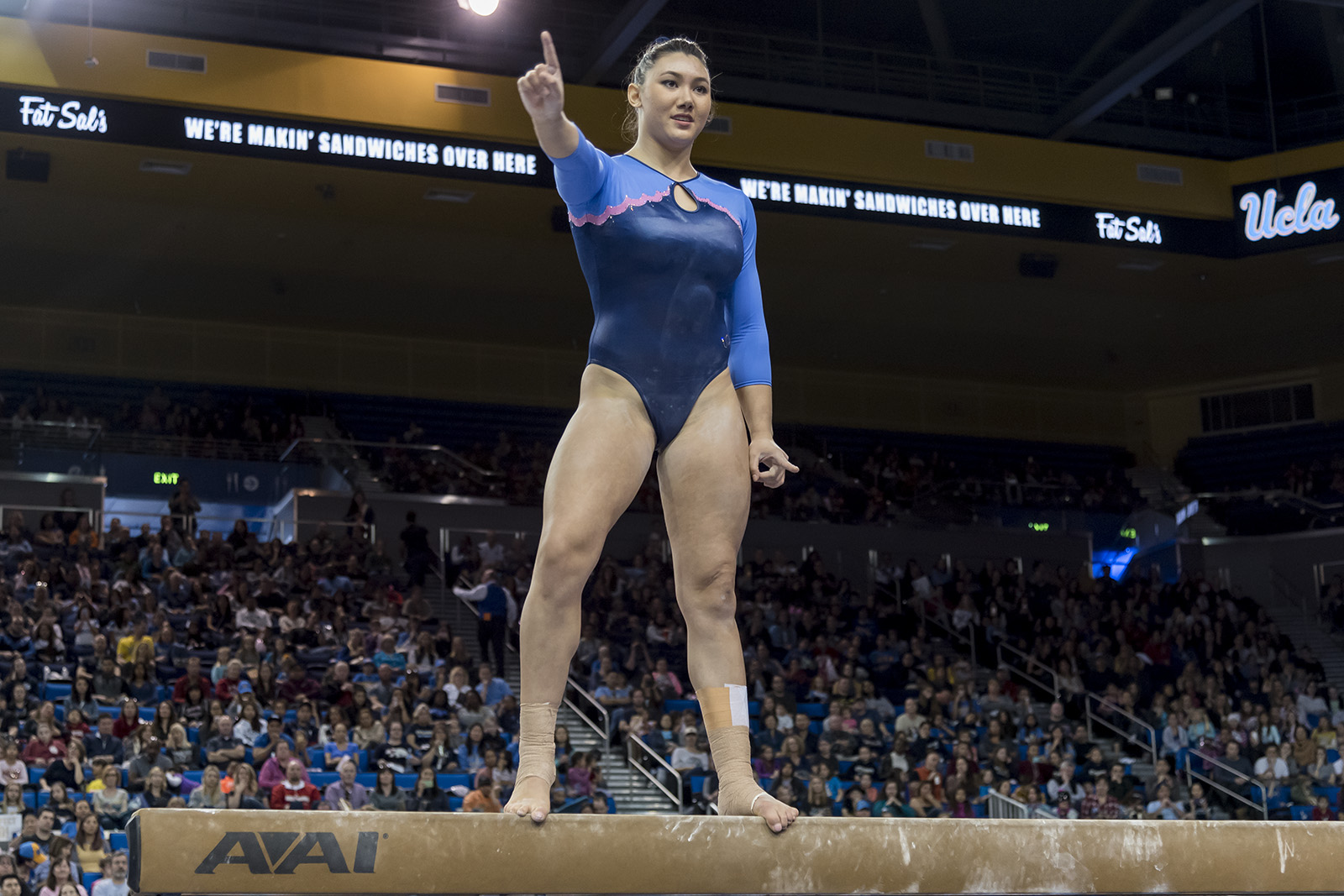 The year is almost over, and all the sports are wrapped up except for softball, baseball and track and field. With the annual Daily Bruin Sports Yearlies just a week away, this year’s Sports editors take the time to throw down on who is deserving of candidacy for men’s and women’s athletes of the year.

Rai Benjamin, for all he’s done this year, is still largely left off the radar when it comes to the UCLA sports scene. But heshouldn’t be.

He ran the fifth-fastest 400-meter hurdles time in school history over the weekend at the NCAA regionals. Two of the people in front of him on the record board are Olympic gold medalists in the event – another is a silver – and, as a second year, he is within tenths of a second of their best UCLA times.

He’s the No. 2 seed in the entire country for the NCAA championships this weekend, in which he will also be running a leg on the Bruins’ 4×100-meter relay team. Benjamin and the team ran faster than any other UCLA relay team has since 1998, and their performance at the regionals gives them the ninth-fastest time in team history.

On the women’s side, redshirt senior attacker Rachel Fattal has a great claim to female athlete of the year. As a member of the water polo team, she’s been on the radar for five years now at UCLA – before freshman attacker Maddie Musselman broke the freshman scoring record this year, Fattal owned it after her 2013 season – and afterwinning a gold medal in Rio last summer, her final season anchored her in program history.

Fifty goals catapulted her into third on UCLA’s all-time scoring list and nearly 40 steals shot her into first place on the all-time steals record board, and she’s a finalist for the highest collegiate water polo honor – the Peter J. Cutino award.

No other athlete revitalized a sports program the way Lonzo Ball did for UCLA men’s basketball. The freshman led a team that finished the season with a sub-.500 record to a Sweet 16 finish.

Not only that, Ball brought excitement back to basketball with fans packing Pauley Pavilion, and other arenas around the country, to see the one-and-done guard.

He not only nearly averaged a double-double in points and assists but also brought out the best in the players around him. Senior Bryce Alford was now free to shoot the ball off Ball’s assists while T.J. Leaf, who’s also headed to the NBA, took those passes to the rim for easy layups and dunks.

For how showstopping Ball was on the basketball scene, Ena Shibahara was just as on the women’s tennis scene.

The Pac-12 Singles Player of the Year and Intercollegiate Tennis Association National Rookie of the Year was also one of the top players in the country and ended her freshman campaign 40-7.

Shibahara also had a deep run in the NCAA singles tournament, falling to Vanderbilt’s Sydney Campbell in the round of 16 to go along with UCLA’s 14-9 overall record.

With a year under her belt, Shibahara has the experience and consistency to be one of the leaders on next year’s team.

Consistent excellence and a knack for producing under pressure – that’s what it means to be athlete of the year, and Griffin Canning and Kyla Ross personify those characteristics to a tee.

The junior pitcher was named one of 25 semifinalists for the Golden Spikes Award, which is given to the top amateur baseball player in the United States, on Wednesday. In 16 starts this season – four of which have been complete games – Canning has a 7-3 record with a 2.34 ERA and 134 strikeouts in 111.1 innings pitched.

Both the strikeout and complete game totals are top 10 in the NCAA, so it’s no surprise that MLB scouts are in the stands whenever he toes the rubber. Canning has also thrown three complete game shutouts on the road, including against then-No. 18 Stanford in April. He has emerged as one of the premier pitchers in the nation, making him well worthy of UCLA’s male athlete of the year.

And while Canning’s Bruin career may be coming to an end soon, Ross’ in gymnastics is just beginning.

The Olympic gold medalist won the NCAA balance beam championship and tied for first on the uneven bars, becoming the first gymnast ever to be an Olympic, World and NCAA champion.

Ross also led UCLA with four perfect 10s this season, finishing No. 1 in the country on uneven bars and No. 4 on balance beam to earn first-team All-American honors for each event. Despite only competing in the all-around in four meets, Ross has the skill to return to the top of the podium many more times in her collegiate career.