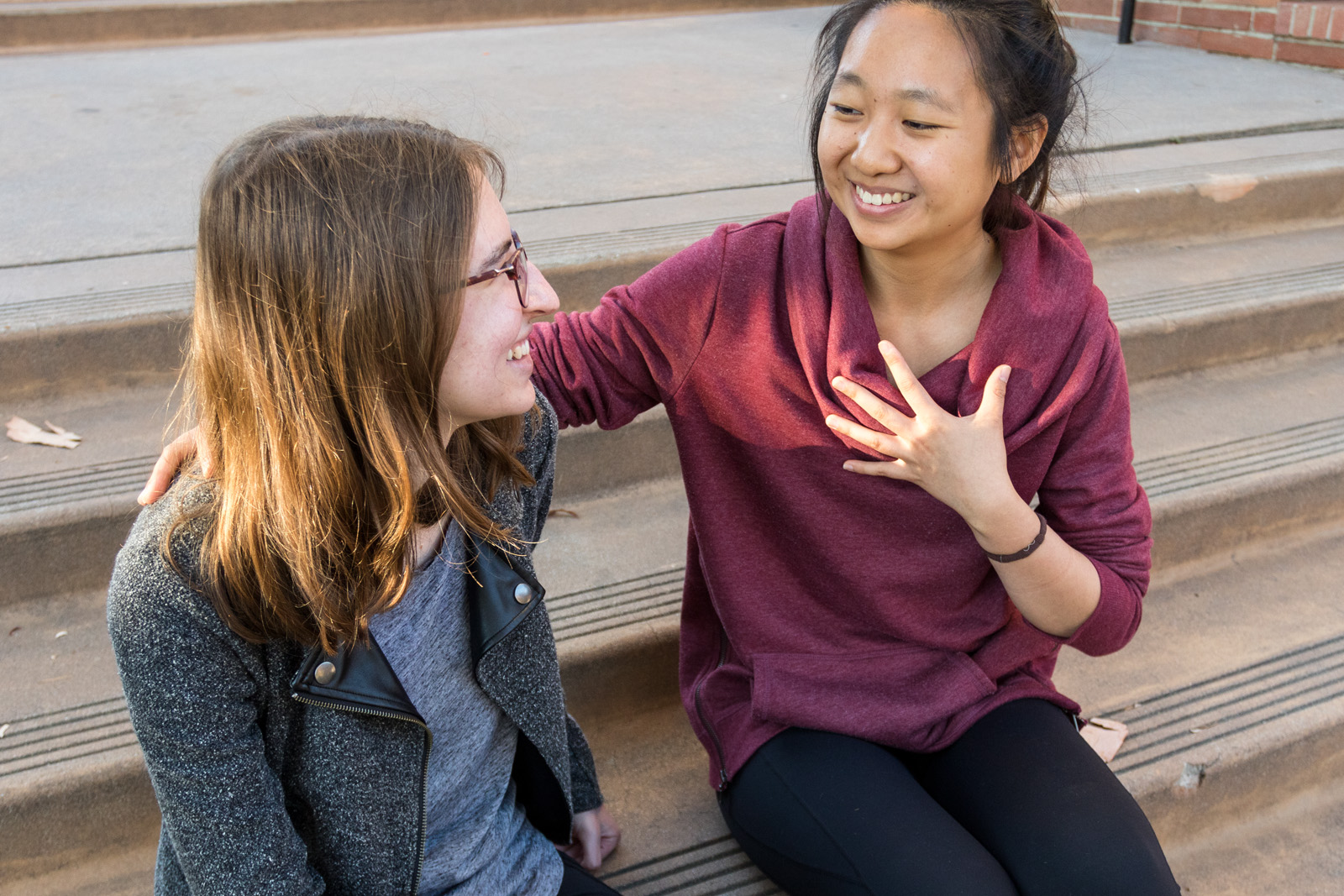 The UCLA club The Courage to be Me was created in order to help students gain the skills they need to be more comfortable and confident in themselves, especially on a large college campus. The organization began during winter quarter and holds weekly meetings in Haines Hall. (Axel Lopez/Daily Bruin)

Brook Li began making YouTube videos about courage and confidence by telling personal stories such as learning to surfboard on her 21st birthday.

After others told her that her videos resonated with them, the fifth-year sociology student said she was inspired to take her knowledge off the internet and into the real world by creating her own club on campus.

Li created The Courage to be Me club to help students acquire the skills they need to be more comfortable and confident with themselves. For Li and other members of the club, The Courage to be Me is a way for students on campus to conquer any social fears they might have, which can be especially useful when navigating UCLA’s large student body.

“I just have this vision of people loving themselves and people feeling so confident about what they can accomplish,” Li said. “That’s what I’m working towards.”

Li started making YouTube videos in February 2016 as a way to express the productive and healthy ways of thinking she had gained while at college.

In her home country of China, Li grew up in a stressful and chaotic family that never encouraged her to believe in herself, making her insecure, Li said.

However, she said she began to feel comfortable in her own skin during college, when she started to find her own voice by reading inspiring books, starting martial arts and developing new philosophies about life. She also started to get responses on her YouTube videos from people saying that her video topics, such as learning to relax, resonated with them.

“It started to make me think, ‘How do I sustain that inspiration for people?’” Li said.

The club began winter quarter, holds weekly meetings in Haines Hall and currently has around six regular members. Li hopes to gather more members through marketing the club more and through events such as the Assertive Skills Workshop on May 31.

The Assertive Skills Workshop will be led by Amanda Gorlick, a clinician from Counseling and Psychological Services who volunteered to lead the event. The event will focus on developing communication skills and assertiveness.

Haoyu Yun, a first-year undeclared student, attended the challenge course event that The Courage to be Me club held Saturday at Sunset Canyon Recreation Center. The event focused on teamwork and balance, including an independent activity in which students climbed a tall pole and took a leap of faith onto a trapeze.

“It was really fun,” Yun said. “Brook showed a lot of courage (hosting the event) and that’s the spirit of the club.”

Li also draws upon her theater minor to incorporate acting exercises into the meetings, she said. For example, Li hopes to lead an exercise in which students act as an animal or an object in nature that must learn to be confident in its identity.

Matisse Senkfor, a second-year pre-cognitive science student, has been a member of The Courage to be Me from its beginning. She said the readings that Li chooses are an especially successful way to help the members in the club overcome their fears and connect to the topics.

“It’s sort of remarkable how accurate (the readings) are at describing the theme for the week,” Senkfor said.

Li said she hopes students like Yun can empower themselves and learn their worth.

“Right now my goal is certainly to help people be comfortable and confident with themselves, but my goal with this club is to really help people take small and consistent actions,” Li said.