Li for 3: Lonzo Ball can revamp Lakers the way he transformed UCLA 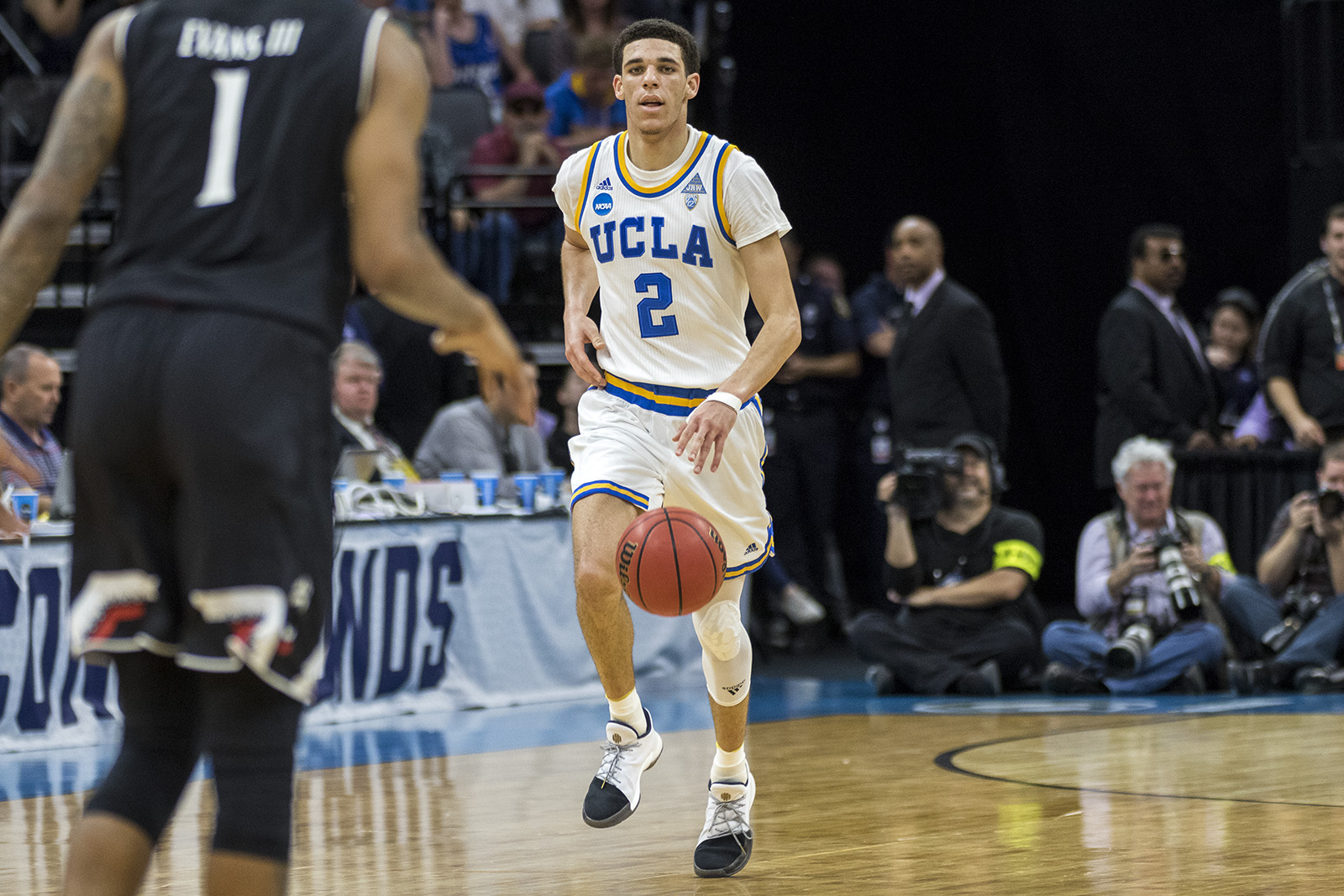 The once improbable now seems inevitable – Lonzo Ball will be a Los Angeles Laker.

We heard it incessantly from his father LaVar Ball, who started it all by claiming his son would only play for the Lakers before walking back a bit on the statement.

Los Angeles only had a 31.3 percent chance of landing a top-two pick in the NBA draft. Yet, a couple lucky lottery ball bounces somehow turned the infamous LaVar Ball into an oracle last week.

While the Lakers management will have the final say in the draft June 22, they are in the perfect position to take the Bruin star with the No. 2 pick to help bring Los Angeles out of a recent string of dark years.

It sounds almost like destiny for Lonzo Ball, who likes playing in front of family and friends – one of the reasons he chose UCLA. His favorite team is the Cleveland Cavaliers because his favorite player is LeBron James, but he said that he’s always liked the Lakers because they were the hometown team.

Plus, Ball will get to play for Magic Johnson, someone he has always admired. LaVar Ball compared Lonzo Ball’s game to “Magic with a jumper” back in November, perhaps not one of the craziest things he’s said.

But is Lonzo Ball the right pick for Los Angeles, a team that finished third to last in the NBA last season?

Even if Ball doesn’t bring an immediate offensive renaissance to the Lakers in just one season like he did with the Bruins, he’s still going to be able to help the young, rebuilding team grow and develop.

Look no further than Los Angeles guard D’Angelo Russell, who will be entering his third season in the NBA after being drafted with the No. 2 pick in 2015.

While he’s shown flashes of promise on the court, Russell has struggled to shoot efficiently with career averages of 35.1 percent from 3 and an overall 40.8 clip from the floor. Signs point to Russell being a much better shooter than what his efficiency might say, and an answer for improving could be playing next to Ball.

Just compare how UCLA guard Bryce Alford shot the ball before and after Ball joined the team.

During the 2015-2016 season, Alford was tasked with primary ball-handling duties and was asked to create looks for both himself and his teammates.

He struggled to do so efficiently, shooting just 36.7 percent beyond the arc while only 63.0 percent of them were off assists from a teammate.

Those numbers look almost identical to Russell’s numbers from last season – 63.7 percent of 3s were assisted while shooting them at a 35.2 percent clip.

Once Ball took over the point guard position, Alford was unleashed to roam around in a free-moving offense and his 3-point field goal percentage jumped up to 43 percent. A huge reason for that is he had someone else to set him up for those 3s – 86.2 percent instead of 63 percent of Alford’s 3s were now assisted.

Russell fits in a similar mold to Alford, capable of running the point guard position as well as playing off-ball as the shooting guard. If the Lakers do pick Ball, Russell should immediately begin seeing more open 3s.

Even at the very beginning of the UCLA season, teammates were raving about Ball’s ability to deliver the perfect pass into their shooting pockets with the precise right timing. Once he became more and more comfortable running the offense, coach Steve Alford saw that there was no pace too quick for Ball.

Throughout the season, Steve Alford kept saying that he was still edging Ball on to push an already hurried pace, believing that his guard was the best player he’s seen at playing so fast yet so efficiently.

That would be a gift for the Lakers as well.

In coach Luke Walton’s first season in Los Angeles, he preached a fast-paced, free-moving offense quite similar to the one Ball ran at UCLA. In fact, the Lakers jumped from 18th in the NBA in pace from two seasons ago to 6th last year.

However, all that speed didn’t translate to efficiency as they finished the season 22nd in the league with a 50.1 effective field goal percentage.

The Bruins shot a near identical 50.3 effective field goal percentage before Ball. Once he took control of the offense, that improved more than 10 percent to 61.8 with largely the same team.

More importantly, Ball brought the joy of winning back to the UCLA program after an underwhelming 15-17 season.

Even if he can’t bring winning basketball to the Lakers in his rookie season, Ball will transform a fast but inefficient offense into one that is both exciting and effective.