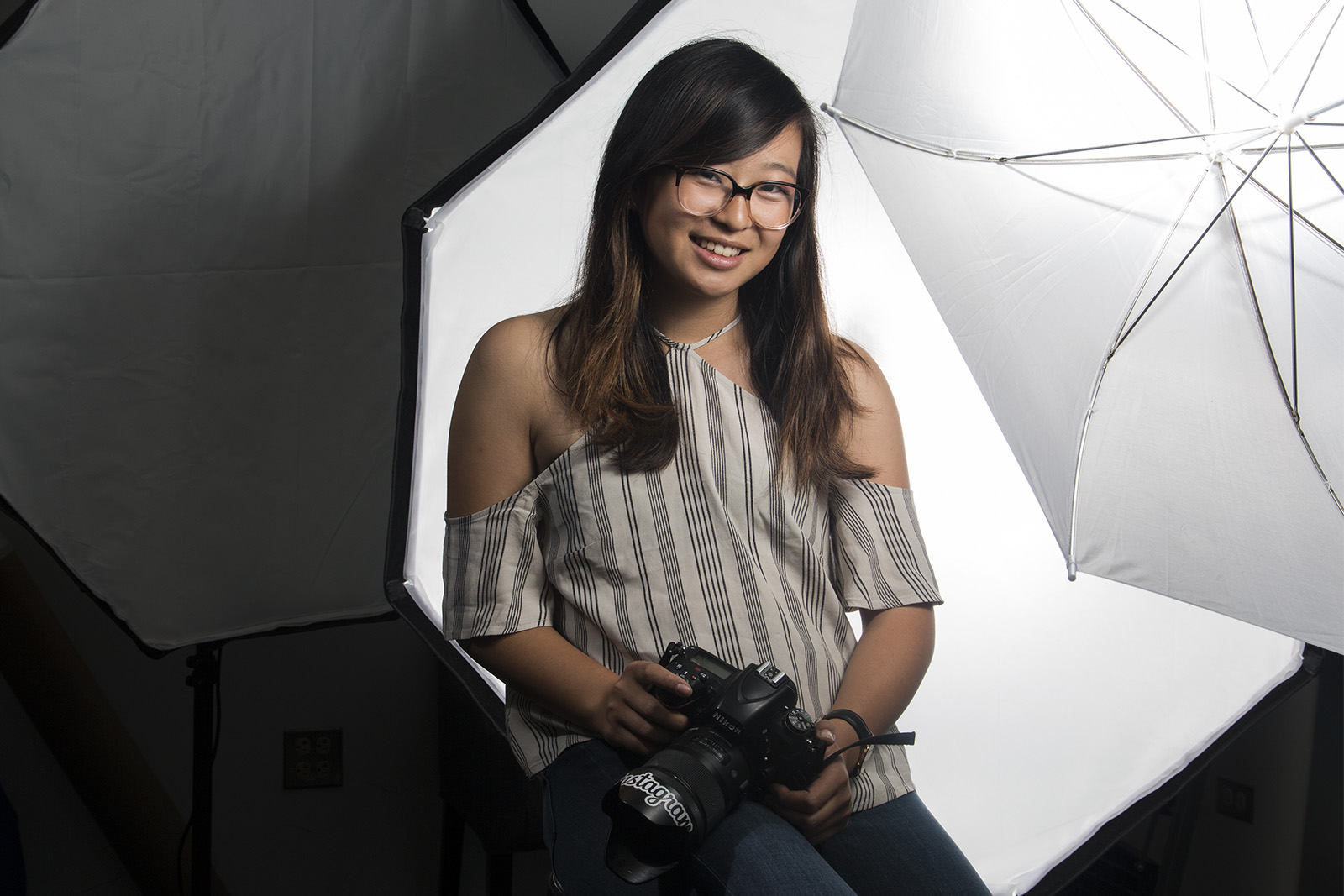 Tia Liu remembers watching Meredith Foster’s YouTube channel in middle school. Now, she photographs Foster and other social media influencers for an audience of tens of thousands on her social media.

The second-year psychobiology student said although having a large social media following can be nerve-wracking, she tries to remain true to her own standards by posting photographs she personally likes, not photographs she believes will get the most likes.

“There is a lot of pressure because of the amount of followers I have, and they’re expecting something bigger and better than my last post,” Liu said. “But my mentality is that if I like something, I’m going to post it and not care about who likes or doesn’t like it.”

She first started experimenting with photography during her sophomore year of high school by taking silhouette photographs of her friends and self-portraits with her father’s digital single-lens reflex camera.

In her senior year of high school, Liu began to use Instagram as a social media platform to reach out to models. While touring colleges in San Francisco, Liu messaged model Kayla Kane over Instagram to set up a photoshoot.

It was Liu’s first time taking photos of a model she met through Instagram, and it was also Kane’s first time being professionally photographed aside from photoshoots with friends, Kane said. The pair decided to meet up at Sutro Baths for the shoot with their fathers, who were skeptical about the social media exchange with strangers.

At the shoot, Liu said she and Kane tried to achieve a Brandy Melville aesthetic. Kane posed in a burgundy shirt, overlooking the ocean on the edge of a cliff, while Liu photographed her and the surrounding scenery. Liu said the pair used minimal props and focused on capturing the landscape.

“We were young enough at the time so our dads went with us for the first shoot because there was still a fear of stranger danger,” Kane said. “We had fun and took photos while our dads hung out on the side and bonded.”

Two years after their first shoot, Kane and Liu remain in close contact and continue to go on photoshoots together, Kane said. The pair recently traveled to downtown Los Angeles to take photos in a gallery full of neon lights and with a fire escape that had a view of the city.

Beauty, fashion and style YouTube guru Griffin Arnlund followed Liu’s Instagram account after seeing one of Liu’s photos on an Instagram photography page. Arnlund and Liu met up for a photoshoot at the Santa Monica Pier about two months ago, Arnlund said.

“I am such an awkward person sometimes, and it can be scary when you are meeting someone in real life whom you’ve only talked to online,” Arnlund said.

Liu’s most recent shoot with Arnlund was the first time Liu tried an editorial photoshoot and experimented with flash photography and reflectors. Arnlund modeled in a pinstriped jumpsuit, sat on an arcade machine and wore a rainbow striped sweater and socks against a backdrop of California palm trees.

“My mentality going into shoots is like, ‘OK, how am I going to make this even better than my last shoot and what am I going to do to improve,’” Liu said. “It’s a step-by-step process that takes a lot of time and practice.”

Pictures that feature a YouTube personality or someone with social media influence often attract more attention, she said. Hashtags and posting regularly at least once or twice a day at a scheduled time also help Liu maintain her social media following.

Liu photographed Foster and her friend at a studio in downtown Los Angeles for a Valentine’s Day-themed shoot with chocolate and flower props. The models assumed different poses, and Liu photographed them in front of a backdrop made of roses.

“The YouTubers I’ve worked with so far have been genuine and down to earth,” Liu said. “They’ve been so kind and always appreciate all of the hard work that goes into a photographer’s process.”

“Whether it be portrait, editorial, concert, fashion, long exposure or landscape, each one is unique in style,” Liu said. “It really pushes me to keep trying new things whenever I get a creative block.”