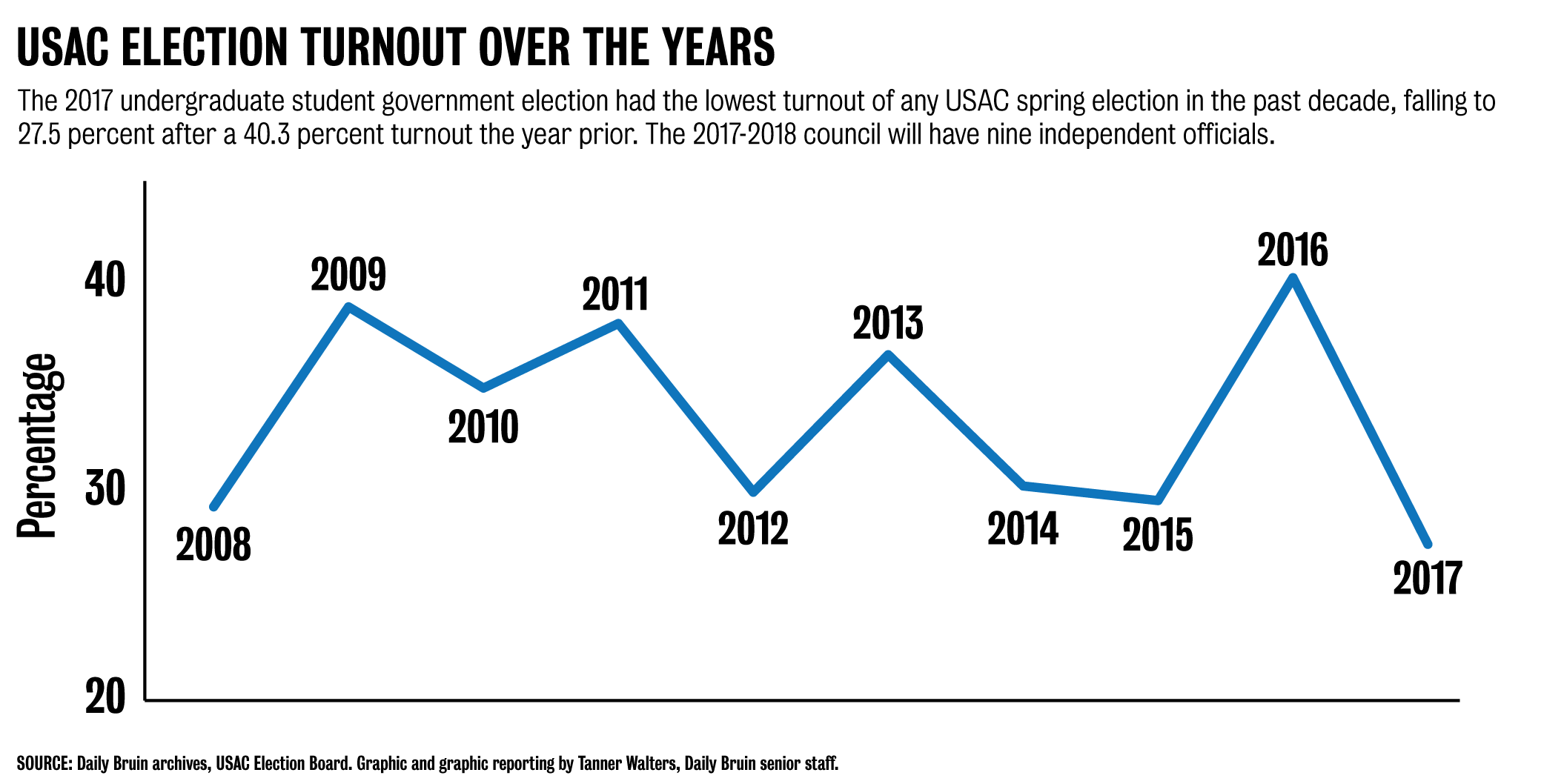 Voter turnout in the 2017 undergraduate student government election was the lowest it has been in recent years, falling more than 10 percentage points from 2016.

About 8,000 students, or 27.5 percent, voted in this year’s Undergraduate Students Association Council election, compared to more than 40 percent last year. Voter turnout has been about 30 percent in recent years.

The four referenda that ran in last year’s election were the Social Justice Referendum of 2016, The Green Initiative Fund, the #UCLAWellness Referendum and the Daily Bruin and Bruinwalk.com Referendum.

“I’m a little disappointed that voter turnout dropped from last year,” Fitzgerald said. “But 20 percent is the bare minimum, so I think anything above that is pretty good voter turnout.”

Fitzgerald said also she thinks turnout was low this year because several positions, including the presidency, were uncontested.

The election board released a video and placed posters in campus kiosks to educate students about USAC and encourage them to vote, Fitzgerald said. The board also investigated 75 complaints and issued 45 sanctions.

Fitzgerald said she hopes the election board can increase voter turnout in future years by increasing its outreach efforts.