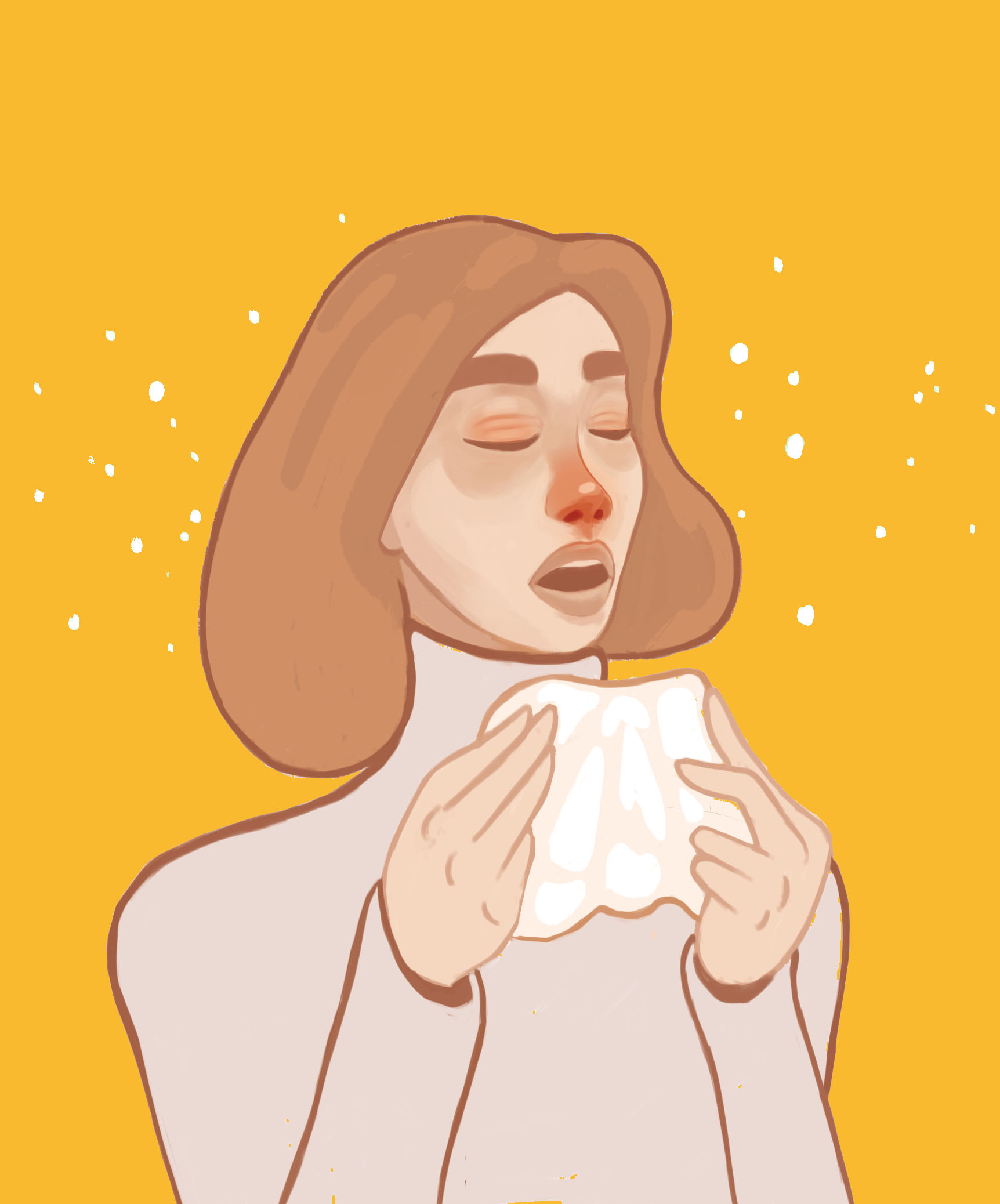 Common allergens such as tree pollen and mold spores pervade the air from late winter to early fall. Children and young adults are particularly susceptible to allergies in the spring allergy season, said Maria Garcia-Lloret, an expert and pediatric allergist at the Witherbee Foundation Children’s Health Center.

Daily Bruin: When and how do our bodies react to allergens?

Maria Garcia-Lloret: An allergy is the abnormal response of your body to an otherwise benign substance, like pollen and peanuts. You misinterpret that it is harmful to the body and make a protein called Immunoglobulin E. IgE sits on the surface of a group of cells called mast cells and basophils in blood and tissues. When IgE finds the allergen, the protein triggers the release of chemicals in the blood, skin and gut, and causes hives, sneezing, running noses and other allergic symptoms.

DB: Why is it so easy to get allergy symptoms in spring? What are some common allergens in spring?

MG: Spring is a season of bloom and pollination. There are increased pollen grains and mold spores that float in the air.

DB: What is the difference between an allergic reaction and a normal cold?

MG: Sometimes you feel a low-grade fever and a little bit of headache prior to a cold. They both have running noses, but an allergic reaction has more sneezing. One other telling symptom is watery eyes – usually a cold doesn’t give you that.

Also, usually a cold (lasts) … two weeks, but allergy symptoms can go for weeks. And unlike a cold, (allergy) symptoms are not the worst during the first two days. Patients can get more and more sensitized in reaction to the environment.

DB: What are some ways to prevent, treat and cure allergies?

MG: The vast majority of medicine for allergies is geared toward treating them, with only a few that are geared toward curing them. What we do first is to minimize exposure. For instance, try to avoid being outside between 5 a.m. and 10 a.m. early in the morning, because that is when the concentration of pollen is very high.

There are also online resources. Pollen.com tells you the level of pollen in the air, because pollen varies geographically, throughout the day and day to day depending on the week and drying of the environment.

The first line of action is to treat symptoms in the nose. For that, there are nasal sprays to make you breathe better. If patients already know they have a seasonal allergy, they can start themselves on the sprays in January. It’s better to start a little bit early because it takes a week or two to work fully. The more you use these kinds of medicines, the better they work.

The second line of treatment is an antihistamine. Histamine is the main chemical that makes you sneeze, makes your eyes water and makes your body break out in hives. There are a variety of antihistamines, most of which are now over-the-counter. Many patients do well with these three things: minimizing exposure, nasal spray and antihistamines.

For patients with severe allergies, allergen immunotherapy shots, which contain extracts of an allergen, can be administered to them over a long period of time. With immunotherapy, one day you can be fully cured of your allergy or go down from needing five medications to just one.