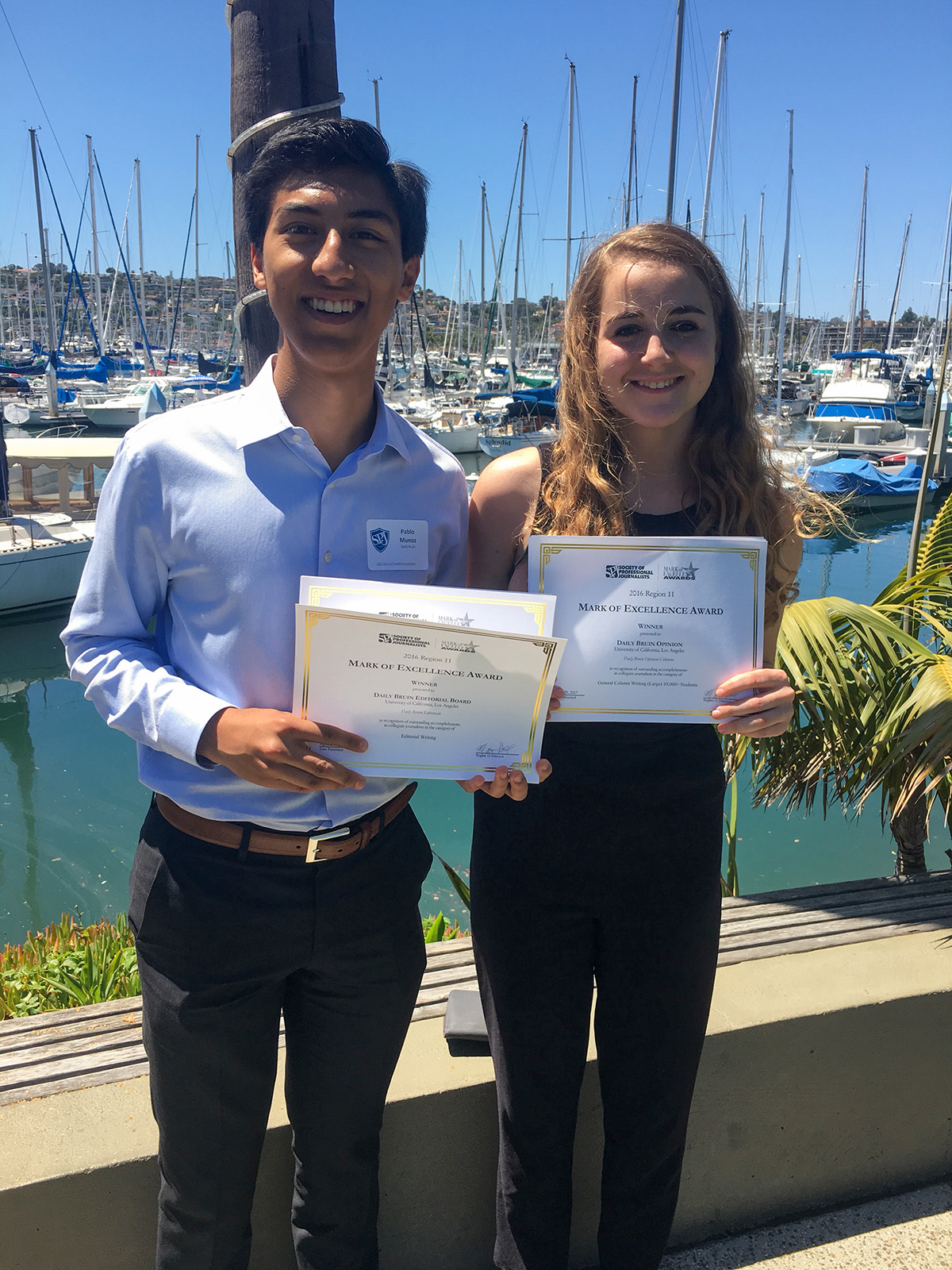 The Daily Bruin garnered awards in over a dozen categories at a Society of Professional Journalists Mark of Excellence regional competition. Winners were announced Saturday in San Diego.

The Bruin, which received multiple honors for its breaking news coverage and opinion writing, totaled eight first-place awards and was a finalist in seven other categories. An investigative project chronicling the experiences and mental health of students at University of California medical schools also earned accolades.

First-place winners in the SPJ Region 11 awards will advance to the national level. Those results will be announced in May.