On the Rise: FOXTRAX 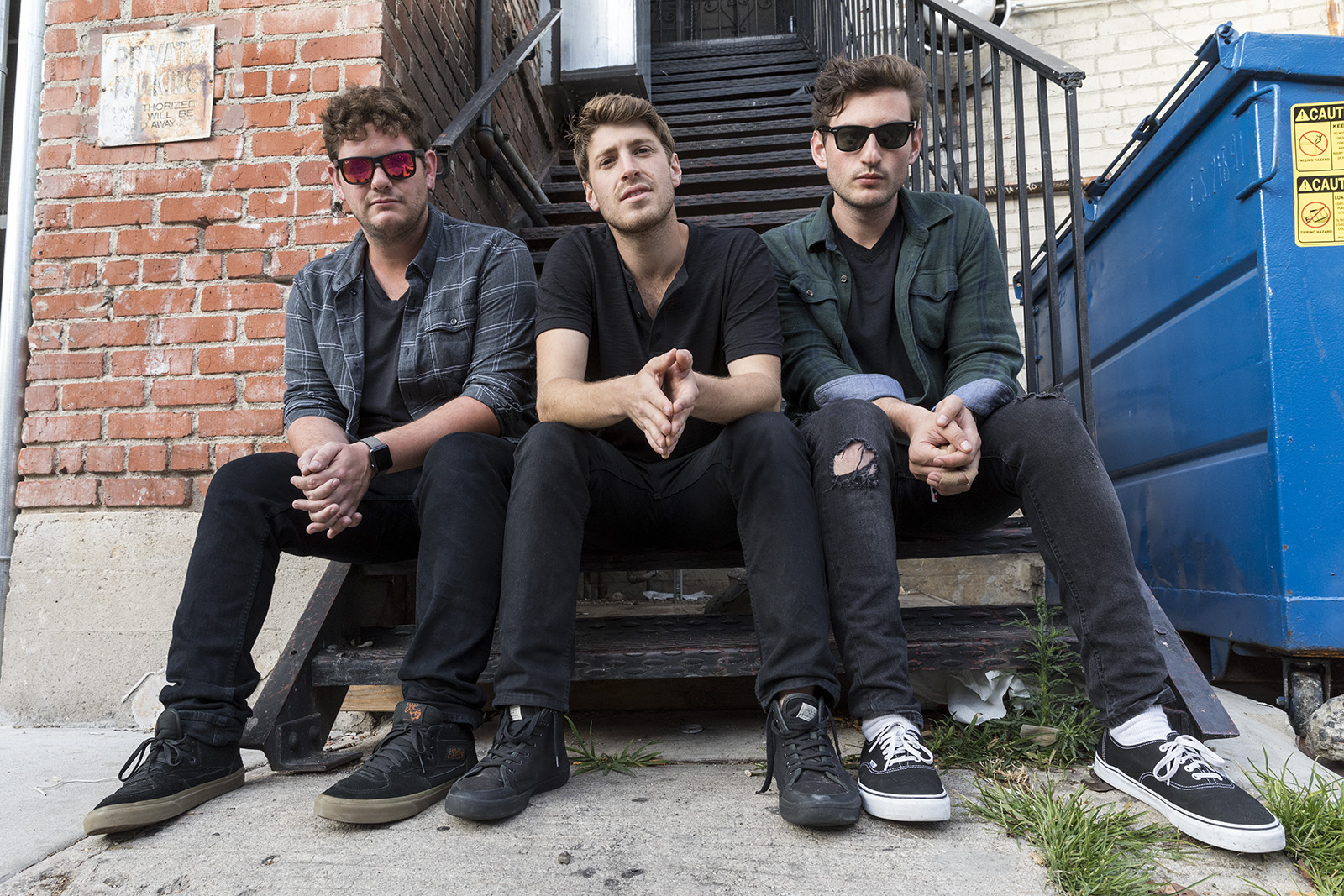 The members of FOXTRAX didn’t feel like a true band until they spent six weeks writing music together in a cabin in the woods of Murphy, North Carolina. The band is now located in Los Angeles and draws musical influence from a variety of genres and artists to create their indie rock music. (Dayoung Lee/Daily Bruin)

The members of an indie rock band composed their first songs together while cooped up deep in the snow-covered woods of North Carolina.

“We were like, ‘Let’s copy our heroes and go to the woods,'” said Ben Schneid, the band’s lead singer, guitarist and keyboardist. “The Band, Bon Iver – all these acts, they went into this isolated place in upstate New York or Wisconsin and they just recorded and wrote music.”

The band FOXTRAX is now based out of Los Angeles, and though its music career is just a bit over a year old, the group has spent much of 2017 performing and preparing to record its first full-length album together in May.

Schneid had just returned to the United States after living on a kibbutz in Israel for four months, when he received a text from his friend from high school, Jon Stenz, asking if he wanted to jam with him and his brother, Jared Stenz.

The three New York natives then began their first musical endeavors together, jamming casually at first with each other back in their home state.

But it wasn’t until the trio spent six weeks in a rural cabin in the woods of Murphy, North Carolina, that they began to feel like a band.

“FOXTRAX was born at the cabin,” Schneid said. “Before that, we were just a bunch of dudes.”

In the six-week period that the group spent in the North Carolina wilderness, it wrote the songs for its first extended play “The Cabin,” which was released in July 2016.

The time spent in the cabin was a period of contemplation for them, said Jon Stenz, the drummer of FOXTRAX. Between writing sessions the three went on reflective hikes through the woods, following the fox tracks in the snow to unexplored parts of the forest.

“We realized in essence that it was a metaphor for what we were doing with our lives,” Jon Stenz said. “We’re following this unbeaten path … and we just want to inspire people to do that as well.”

Shortly after leaving the cabin in the woods, the members of FOXTRAX relocated to Los Angeles in November 2015. In the year and a half since, they have noticed marked shifts in their musical styles.

“We’ve gotten sweeter, the grooves have gotten a little bit tighter,” said Jared Stenz, the bassist of FOXTRAX. “We’re all just a little bit better, we’re growing together and we’re figuring it out.”

Their sound used to be typical of the New York music scene – barebones like Ramones and The Strokes, Jon Stenz said.

But the West Coast heavily influenced FOXTRAX’s music, he said. The rhythm and blues and funk movements lent a soulful quality to the group’s indie rock sound, thanks to their geographical shift.

Jon Stenz cited alternative R&B artists like D’Angelo and The Internet as having an influence on their music since their move. But the indie rockers also look up to classic rockers, like Bob Dylan and the Beatles, and more contemporary groups, like Kings of Leon and The Killers.

The band’s vast number of influences is part of what makes FOXTRAX stand out among other alternative rock groups, he said.

“If we all liked John Mayer, you know, we’d sound like a John Mayer cover band,” he said.

On May 4, the group will begin their first major nationwide tour in Seattle. While the May tour marks its first musical excursion across the country, the trio recently went on a 12-day tour across the Southwestern United States in cities such as Los Angeles and El Paso, Texas, leading up to performances at the South by Southwest Music Festival in March.

Among the group’s favorite songs to perform live are its debut single “Underwater,” along with unreleased songs like its more soul-influenced “Give It All I Got.”

Following its final performance in New York City on May 25, the band will begin recording its first full-length studio album back in Brooklyn, Schneid said.

Jon Stenz sees FOXTRAX continuing to do what makes them happy – creating music together.

“I try to live with a little bit of gratitude every day because I think we’re in a position that most people dream about but never get a chance to experience,” Jared Stenz said. “We’re extremely lucky and fortunate to be able to do what we love.”