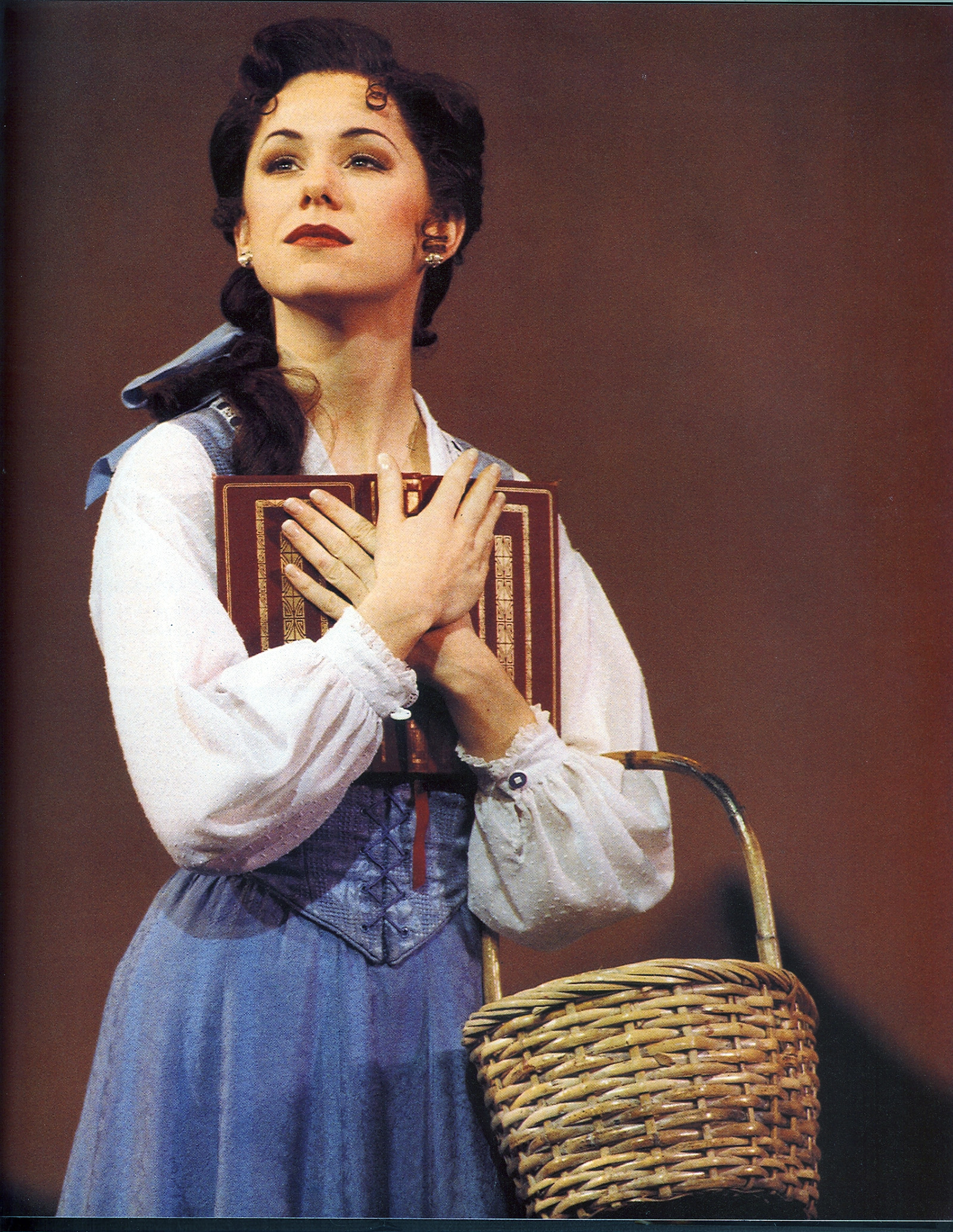 Alumna Susan Egan originated the role of Belle in the first Broadway rendition of Disney’s “Beauty and the Beast” in the 1990s. (Courtesy of Joan Marcus)

Susan Egan arrived at the final callback for the character Belle in Disney’s first Broadway musical “Beauty and the Beast” in 1994.

The 23-year-old sat in the corner of the room and read “The Mists of Avalon,” a King Arthur story, to keep herself centered and calm among the other young actresses vying for the coveted role.

The casting director later told Egan that he knew she was perfect for the role because she was the girl in the corner of the room reading a book – a voracious reader like Belle, Egan said.

Egan spent the next two and a half years, bringing the character of Belle to life in over 750 performances on Broadway. The UCLA alumna later went on to voice the character of Megara in Disney’s “Hercules” and currently performs at venues across the United States with music and stories of her time on Broadway.

She said she is looking forward to watching Emma Watson bring the character of Belle to life Friday in Disney’s new live-action film.

[Related: Susan Egan stars in ‘Putting It Together’]

The Daily Bruin’s Erin McFaul spoke with Egan to discuss her career on Broadway, Watson’s portrayal of Belle and her personal connection to the character.

Daily Bruin: What does the “Beauty and the Beast” story gain or lose as a stage adaption versus a movie adaption?

Susan Egan: You can’t cut and stop and change costumes – you do it all in real time. That said, what you gain is that energy in the room that you can’t have in a film or in your living room of this story happening, unfolding in front of you in real time and anything could happen. …

You can’t stop, you just have to keep going. If the Beast grabs your sleeve at the end of Act I like he’s supposed to … 99 percent of the time it works just great, but every once in a while, the pony tail of your wig might be going down your sleeve, and he grabs that too and yanks not just your sleeve off, but your entire wig. And what do you do then? That’s something you don’t get in a movie.

DB: What was it like to take on the responsibility of playing a character who is revered as one of Disney’s more positive role models for young girls?

SE: It was quite an honor. … I loved that little girls look up to her, and I love that she’s brave. I like that she traded her life for her father’s. She takes control of situations, and she’s adventurous. And also, I like that she’s sensitive.

She feels like an outcast; she doesn’t fit in. I think those are real feelings that everybody goes through. She’s not this bit of perfection like the old-fashioned princesses. There’s much more of a real person who, when facing crisis, rose to the occasion.

DB: Is there any part of your personality that helped you play the character of Belle?

SE: Yes … I’m really cerebral, I went to UCLA as a theater major, although I switched to anthropology, but I was there on a math scholarship. I’m this weird actor that’s just logical and a brainiac. I’m not your normal creative type, and I think that’s very Belle. …

DB: What do you think of the casting of Watson as Belle in Disney’s live-action “Beauty and the Beast?”

SE: I think it’s Emma’s turn. I think this generation deserves Hermione Granger as Belle; I think that’s marvelous. I love Hermione Granger. I love Emma Watson. I like everything I’ve read about her; I like everything she says in interviews. I think she’s wonderful and beautiful and smart – and that’s what’s matters to me the most – she’s bright. She’s a little sassy, and I love all of that.

DB: What advice do you have for UCLA students who have aspirations of voicing animated characters or performing on Broadway?

SE: My advice is different than it would have been once upon a time. … Find your friend and do some really goofy, basic animation and voice it and throw it up on YouTube because that’s how Cartoon Network is going to pick up that show and now you’re not just starring in it, but you’re producing it and writing it, too. …

I just got really lucky that they decided to do “Beauty and the Beast,” and I’m this crazy cerebral girl who was reading in the corner of the room. That was just luck. … I worked really hard so I was ready for the opportunity, but I had to be lucky for the opportunity to arise. Now I feel like if the opportunity is not arising for you as a young artist, you can make your own opportunities in ways that we couldn’t 25 years ago. So, no excuses – get up and do something.