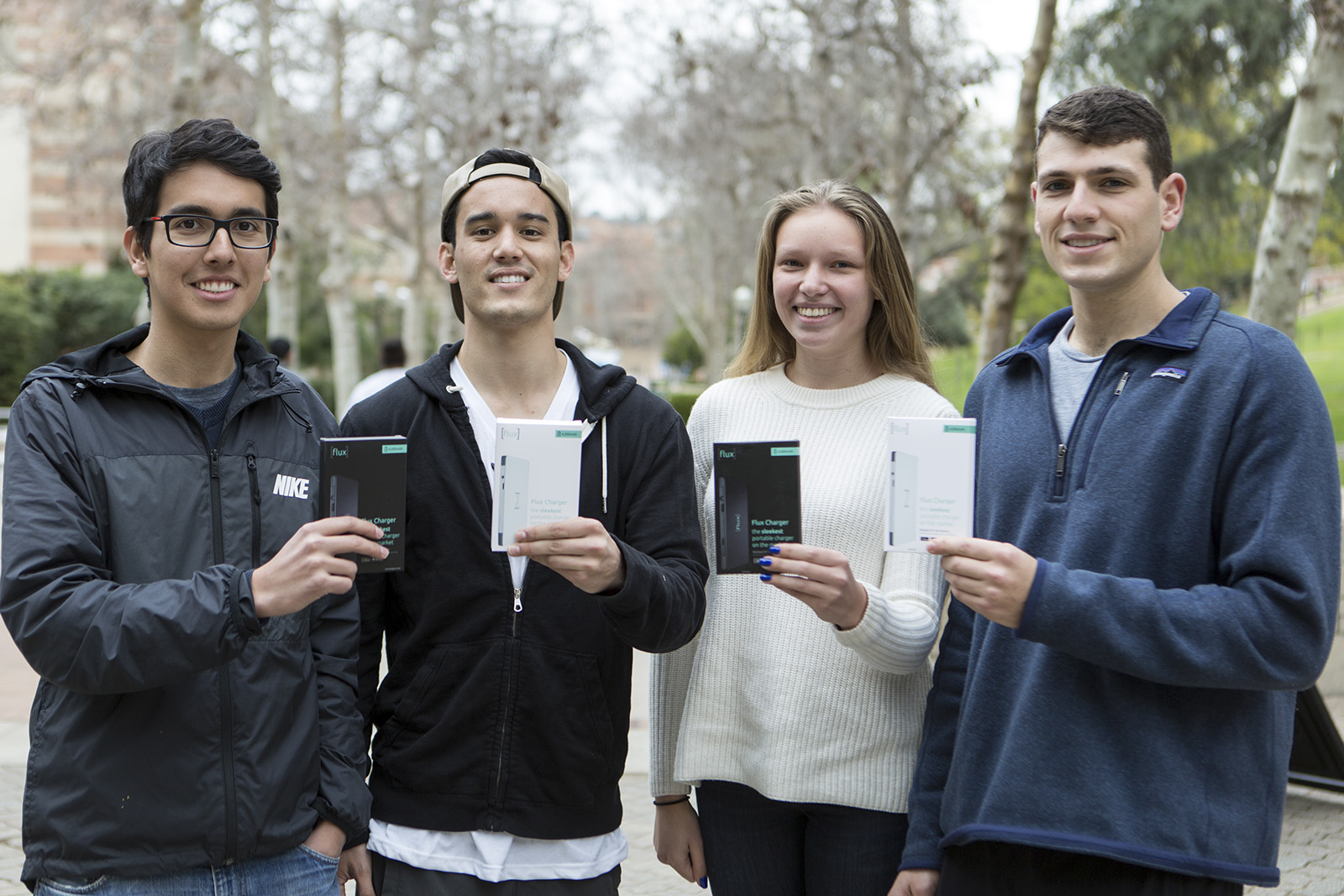 A Bolivian student at UCLA said entrepreneurship in Bolivia is more difficult than in the U.S. where he has now co-founded a successful portable phone charger company.

Alejandro Rioja, a fourth-year computer science student, is the co-founder and CEO of Flux Chargers, a phone charging startup that now sells chargers in more than 80 countries.

In Bolivia, it can be difficult to secure funding, Rioja said. However, in the U.S. obtaining funding is easier; the Flux Charger team was able to get $5,000 in funding after being accepted to the Startup UCLA Summer Accelerator.

The chargers have a lightweight design and store enough power to fully recharge a phone up to two times without being plugged into an outlet. Flux Chargers can also power cameras, iPads and any electronic device with a USB, microUSB or lightning port.

By the time they joined Startup UCLA, the Flux team already had a prototype of the charger, which they developed with a $20,000 out-of-pocket initial investment, Rioja said.

Rioja said the biggest challenge for Flux Chargers was getting their initial sales.

“To get started, I actually went to Santa Monica with a box of chargers and sold to complete strangers in person,” he said. “It allowed our brand to grow overseas, because a lot of people in Santa Monica are tourists.”

Flux is not Rioja’s first startup. As a high school student in Bolivia, he created a website that functioned similar to Craigslist and Yelp. Rioja said building a startup in the U.S. has been a completely different experience.

“Here you can incorporate online in a few minutes, but back home it’s a whole ordeal and you have to go through a lot of processes,” he said. “There’s a lot of corruption. Funding is very hard to find back home.”

Rioja also said he noticed a difference between the availability of resources for technology startups in Bolivia and the U.S.

“The mentality here is a lot more advanced than what we have back home,” he said. “Back home it’s only very early startups, but here there are much larger, harder projects. It’s also easier to find talent here; I mean everyone’s going to Silicon Valley.”

He credits his father’s construction company with giving him his first taste of entrepreneurship. Rioja also said he built his interest by reading books about business and used what he learned to design the charger.

Rioja and Miles Anthony, co-founder and chief product officer of Flux Chargers, said they decided to price their charger in between cheaper Chinese chargers and more expensive luxury chargers that made up the two sectors of the market.

“We created one of the very few chargers that is not a lipstick or a brick, with a thin design, and a logo, because … we wanted people to make the connection that this was our product,” Rioja said.

Anthony, a fourth-year mathematics and economics student, said working for the Flux company while completing his degree has been challenging, but he is proud of the product they have created and that they were able to find a good team.

“I love waking up every morning knowing that people in over 80 different countries have been able to use my product to solve a problem they experience,” he said.

Rioja said his dream for Flux Ventures is to have a portfolio of companies in various different industries, similar to Nestlé and Procter and Gamble.

“Flux Chargers will be launching wireless headphones, so we’ll become Flux Electronics by the end of the year,” he said. “On the marketing side we want to establish relationships with bigger clients, and on the investing side we want to do much bigger rounds.”

Rioja and Anthony said they plan to stay in Los Angeles after graduation in June, and hope to buy some property to set up company offices.

“It’s a big spectrum of emotions,” Rioja said. “We definitely are proud of what we’ve done so far, but there’s a lot more to be done.”