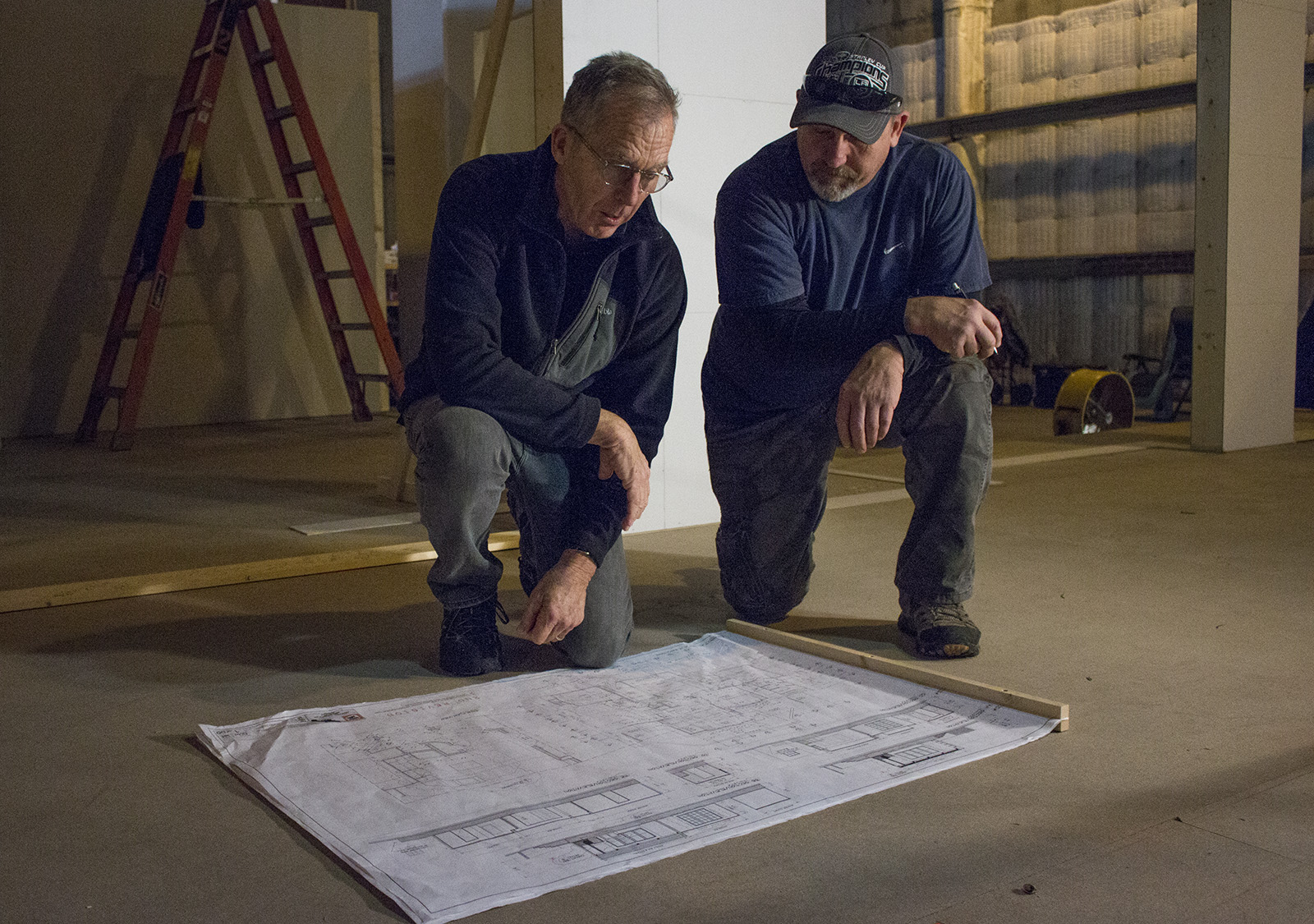 UCLA alumnus Barry Robison (left) was a production designer for the Oscar-nominated war film “Hacksaw Ridge.” He turned a dairy farm into a battlefield and used a small town in Australia to resemble one in Virginia. (Efren Pinon/Daily Bruin)

The entry of Melnitz Hall, lined with Hollywood movie posters, foreshadows the potential of students at UCLA. After studying within the entertainment capital of the United States, some Bruin filmmakers go on to contribute to award-winning films. In the week leading up to the 2017 Academy Awards, Daily Bruin A&E will spotlight UCLA alumni behind the scenes and on screen of Oscar-nominated films.

Barry Robison had $2,500 to create a scale-model battlefield for Mel Gibson’s approval.

As a production designer, that was just the start of Robison’s job on the war film “Hacksaw Ridge.”

The 1976 UCLA alumnus has been a production designer on movies like “Pitch Perfect” and “The Chronicles of Narnia: Voyage of the Dawn Treader,” but “Hacksaw Ridge” was a new challenge.

The film, which is nominated for the Academy Award for Best Picture, was shot on a $42 million budget mostly on a sound stage and at a dairy farm that the filmmakers purchased.

While designing the sets in Australia, Robison encountered difficulties with the budget, which is small compared to most elaborate war films, producer Bill Mechanic said. Yet the budget was comparable to other Oscar-nominated films this year, Robison said.

“The problem (Robison) had was that he had no money for anything, so it made his job incredibly tough,” Mechanic said.

The settings needed to be historically accurate and resemble the quaint hometown of real-life hero Desmond Doss, played by Andrew Garfield, who saved 75 people during the Battle of Okinawa.

So in the middle of Sydney, Robison had to find a town that looked like Virginia, Mechanic said.

“It was tough finding the town for the early part (of the film),” Robison said. “It was so small – just four corners and one little street. But I knew it was right.”

The dairy farm was used for settings like a battlefield, the Japanese farmhouse and the road to Okinawa. Robison was pleased with the various scenes that he and the crew were able to shoot at one location in Australia.

“The camera would stay in the same place and we’d bring in the dirt, and the painters would come in and paint it and put up a new tree, and it would look like a completely new setting,” Robison said.

Rebecca Cohen, the set decorator of “Hacksaw Ridge,” has worked with Robison on many films previously, though a war movie was a new endeavor for the pair.

“This was our first war film, which makes it quite difficult. Recreating a battle scene is not an easy task at all,” Cohen said.

Cohen and Robison had creative tussles throughout the production of the film, particularly regarding the way Desmond’s hometown should look. Cohen believed that the town’s storefront should have been more pronounced than Robison did, but they respected each other’s work throughout the creative process.

One of Robison’s biggest projects on set was recreating the cliff where Doss lowers down his wounded fellow army members.

Mechanic called Robison after shooting had begun to report a problem – the cliff face that he scouted for the film was too dangerous for the stuntmen, who would be climbing up and down. He needed a new cliff to be constructed.

Robison delegated his crew to dig 30 feet into the dairy farm and put up scaffolding and plaster molds from the previous cliff face. He said it allowed Gibson to get the cliff and the battlefield all in one camera shot.

Because of the small budget, Robison said the techniques used on set – including smoke, fire and fog machines – were less orthodox for the 21st century.

“That’s the one thing we had to be cognizant of with this movie,” Robison said. “We just didn’t have money for effects, so we had to use a lot of old-fashioned tricks.”

Robison believes the film’s low budget worked for the its advantage in the end. They oversimplified scenes at the Doss House, hospital and Fort Jackson, which Robison said was more reminiscent of the time.

The harrowing, warlike set of “Hacksaw Ridge” was both physically and mentally difficult to work with, said Lizzie Gardner, costume designer of the “Hacksaw Ridge.”

“They’re a strain physically, because of the hours and the mud and the conditions,” Gardner said. “At times, it feels like you’re actually at war.”

Robison kept the art department’s spirits high by telling jokes and going out for gin and tonics with the department on Fridays, Gardner said.

And after all his team’s effort to accurately reconstruct battle backgrounds, Robison is honored by the academy’s recognition of “Hacksaw Ridge,” he said.

“Because it’s a small film, and a war film, they tend to get overlooked, because people tend to go ‘How hard was that?'” Robison said. “But let me tell you, that’s hard work.”