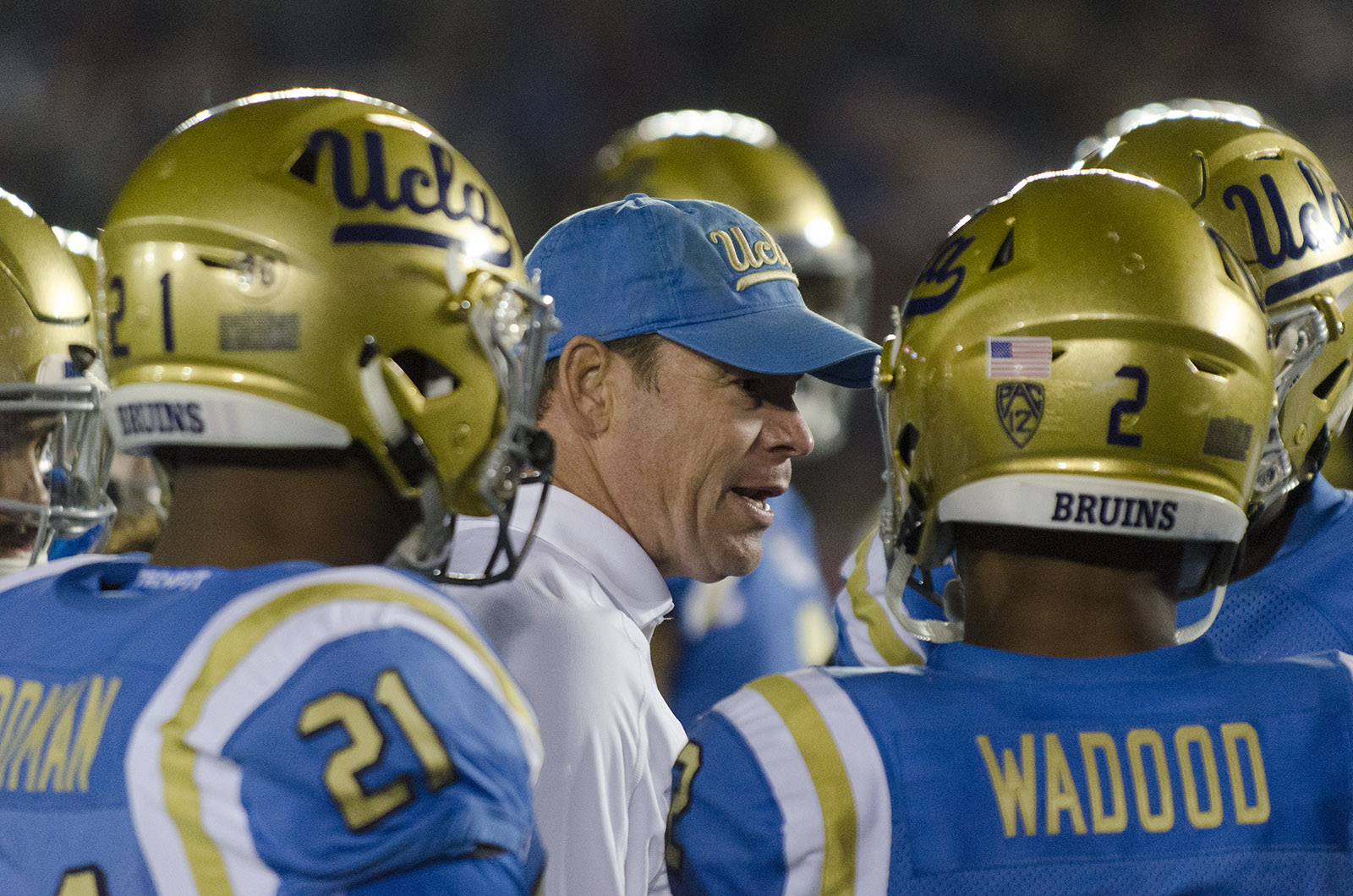 For those of you looking for a UCLA football renaissance next season, don’t.

While returning to a bowl game is a possibility – Holiday Bowl tickets aren’t on sale yet, sorry – Jim Mora’s squad won’t come close to another double-digit win season in the near future.

Take a look at the Bruin’s 2017 recruiting class.

Comprised of 17 commits thus far – and more, undoubtedly, will join on National Signing Day – UCLA’s class is on the fringe of the top 20 according to 247Sports. But what’s most concerning about the commits is that they won’t fix the Bruins’ biggest problems from last year.

Three offensive linemen, only one of which is in the ESPN300, plus two tight ends aren’t going to improve a running attack that finished second-to-last in yards per carry in the Football Bowl Subdivision. And they sure won’t help protect junior quarterback Josh Rosen, who will probably leave for the NFL regardless of whether he escapes next season unscathed.

At least he will continue his streak of having a new offensive coordinator every year.

It’s also hard to fathom how UCLA has not wrangled a single ESPN300 wide receiver recruit to team with Rosen, who’s in need of a true No. 1 passing option. A lack of star receivers puts a lot of pressure on former four-star recruit Theo Howard, who only recorded 12 catches in limited playing time in his freshman year.

That’s unacceptable for one of the most prestigious West Coast football programs.

UCLA, for what it’s worth, finds itself in an unusual situation. A dismal 4-8 record and turmoil at the offensive coordinator position isn’t favorable on the recruiting trail, and neither is firing a key recruiter, coach Adrian Klemm, after he was punished for NCAA ethics violations.

For some inspiration, the Bruins could look across town.

The point is, Mora and his staff dug themselves into this hole, and the onus is on them to persevere and ensure UCLA has enough talent to contend for a Pac-12 championship.

The key to the Bruins’ season will be how their offense, and Rosen specifically, responds to new offensive coordinator Jedd Fisch. We all saw what an abysmal offense translates to in the Pac-12: a 2-7 conference record.

But barring a massive influx of recruits Wednesday, UCLA’s offense will continue to do what it does best – stall.