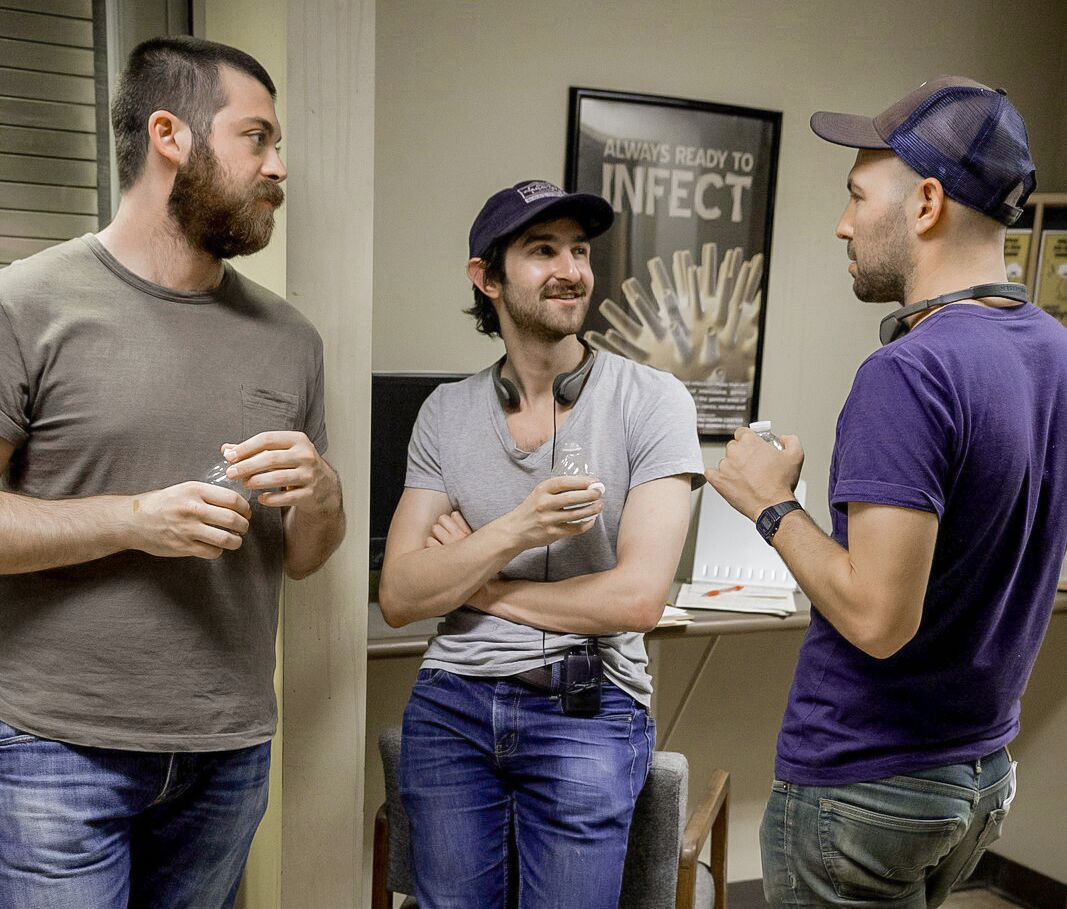 Girl meets boy, girl loses her virginity to said boy – and then girl wakes up the next day suddenly nine months pregnant with an alien?

More supernatural than the average “first time” story, “Snatchers” is an eight-part horror-comedy series premiering at the Midnight Episodic Showcase in the special events category of the 2017 Sundance Film Festival on Saturday.

The show was created by three UCLA alumni, Scott Yacyshyn, Stephen Cedars and Benji Kleiman, who began working as a trio in 2006 when they created a sketch show called “Fireside Chats” for UCLA TV. Collectively called the Olde Money Boyz, Yacyshyn, Cedars and Kleiman co-wrote the series, while Cedars and Kleiman also co-directed it.

“Snatchers” was like the group’s own “alien baby,” so to speak. The group made the story personal to them by remaining faithful to their horror-comedy tastes and drawing from their older sisters’ experiences with womanhood to humanize the main characters amidst fantastical elements, Kleiman said.

“Snatchers” tells the story of a popularity-driven teen girl named Sara, who has sex with her ex-boyfriend in an attempt to win him back, only to discover the next morning that he has somehow impregnated her with an alien baby at full term. Sara then has to fight back against the alien threat with the help of her ex-best friend Haley, finding her self-worth along the way, Yacyshyn said.

Since the birth of their friendship and working relationship, the Olde Money Boyz bonded over their love of monster, horror and action movies, and remain passionate about their nuanced take on the horror-comedy genre, Cedars said.

The group treats both sides of the horror-comedy genre with equal respect by truly frightening the audience and making them laugh out loud at moments of comedic relief, Kleiman said.

While the group had tossed the idea of an alien-based project around for years, the idea for the alien baby came from a military book that featured a pregnant woman surrounded by soldiers, Cedars said.

The Olde Money Boyz also found inspiration for their movie in their shared experiences as younger brothers to older sisters, Kleiman said. The sibling dynamic ended up playing a part in the development of “Snatchers” when they decided to make their protagonist a teen girl instead of a grown woman, Kleiman said.

Though the fictional characters were not based on real people, the Olde Money Boyz’ older sisters’ experiences grappling with adolescence served as a human grounding for the supernatural story, Kleiman said.

The mother-daughter relationship Kleiman witnessed growing up with his sister served as influence for the relationship between Sara and her mother in the series, he said. Kleiman found the dynamic to be ironic, because while it would make sense for a mother to best understand her daughter’s plight, she is often also the person her daughter most aggressively pushes away.

Yacyshyn, on the other hand, brought pieces of his sister’s social life to the character of Sara. Yacyshyn’s sister was popular in high school, but that also meant she faced added pressure to be a perfect person, Yacyshyn said.

Another aspect the trio brought to the series was the sexual burden teen girls often carry. Growing up with an older sister, Cedars saw how there was a distinct social pressure on girls to have sex by a certain age, he said. A similar social pressure manifests itself in Sara, as she is motivated by social status to lose her virginity, Cedars said.

“Our sisters all had interesting high school experiences – if not tumultuous – and that was a very formative part of all of our childhoods,” Kleiman said. “When we started placing (‘Snatchers’) in the high school realm, that’s when it really clicked and became personal to us.”

Making the series personal was key to the Olde Money Boyz: Their goal was to write a story that would first and foremost be personally entertaining to themselves – and then hopefully to an audience as well, Cedars said.

“What really sticks with us are those comedies that are first a good story, and then are funny on top of that,” Cedars said. “We tried to make it as purely a popcorn thrill ride as possible, and hopefully that’s what we’ve done.”

In the midst of editing “Snatchers” for Stage 13 – the digital content brand that picked up the series for production – the Olde Money Boyz also submitted the series to Sundance Film Festival.

“We were so overworked for so many months that Stephen and I were actually lying down on the floor – we had hit rock bottom,” Kleiman said. “Then the phone rang, and it was Stage 13, and they told us (‘Snatchers’ got into Sundance), and it was such a huge buoying of our spirits.”

Yacyshyn said he screamed in disbelief when Cedars and Kleiman called him with the good news.

“(The Sundance acceptance) really gave us that final momentous finish, and it just became the most exciting thing that’s ever happened to us,” Kleiman said.