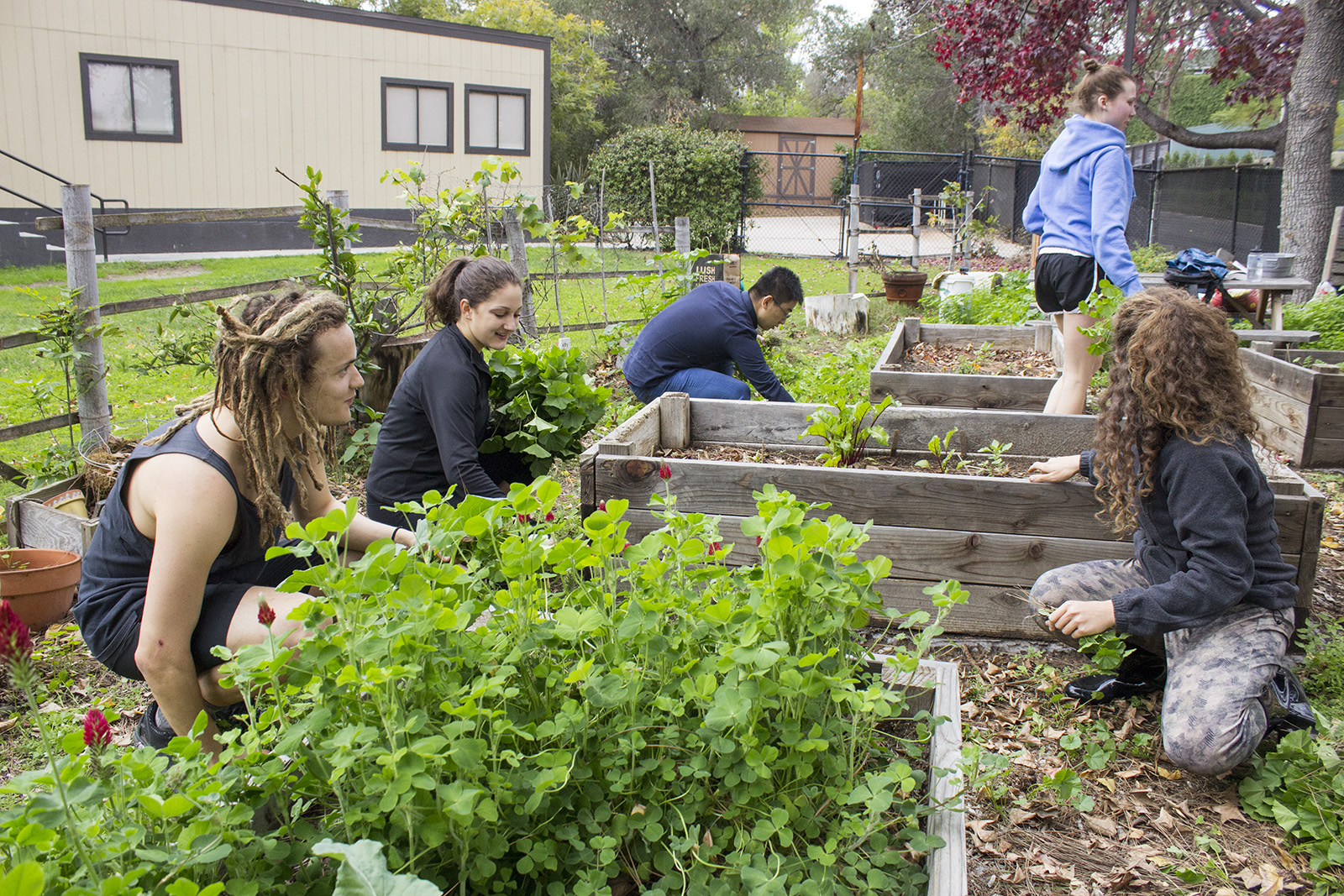 At the top of a grassy hill at UCLA’s Sunset Canyon Recreation Center, students will find a student garden – a small, fenced-off corner where fruits, veggies and herbs flourish.

“(It provides) a space for people who are interested in gardening to have fun and relax,” said Ming Gao, a fourth-year environmental studies student.

Here, a group of students with a passion for gardening and agriculture plant an assortment of fruits and vegetables for student consumption as part of the club Dig. The group hosts dig-ins every Sunday at 12:30 p.m., where students meet at the garden to take care of the plants.

The garden was originally established in 2006 by E3, one of UCLA’s environmental activism groups. As the garden grew and began to require more maintenance, Dig was established in 2012 as a separate organization, according to its website.

Gao became involved with Dig during his second year at UCLA because he had an interest in gardening and agriculture. Now the group’s garden coordinator, he works with the group to figure out what they’re going to plant and how.

During the fall, the group planted cover crops, such as red clover and buckwheat, in an effort to improve the soil, which was low in nutrients as a result of putting in new soil at the beginning of the year. Gao said the top soil made it difficult to plant crops.

The cover crops have succeeded in improving the soil conditions – plants like strawberries have grown in abundance, said Chiara Phillips, a second-year geography and environmental science student and the marketing director of Dig. They even found earthworms crawling around in the newly restored soil, Gao said.

[Related: prime: How to plan a summer garden party]

In the winter, Gao said they will focus on planting more cover crops and winter greens like lettuce and kale.

The garden was saturated with uncontrolled greenery and weeds sprawling throughout the garden at the group’s first dig-in on Sunday. The members seemed to instinctively know what to do, getting down to business immediately upon arriving at the garden, reaching down into the damp, rejuvenated soil to pluck the weeds that had taken control of the garden.

The gardening that the group does is fairly straightforward, largely consisting of planting and composting, said Ramona Blowers, a first-year anthropology student.

When Phillips first joined the group, her only experience with gardening was looking up to her mother, an avid gardener who planted crops such as rosemary, basil, peas and tomatoes in their home garden, which was about four times the size of UCLA’s student garden.

“They make it pretty accessible for newcomers,” said Phillips. “You definitely don’t need any gardening experience.”

Blowers was more familiar with the gardening process. When she first joined Dig, she already had experience from working as a volunteer on an organic farm following her senior year of high school. Just outside of Milledgeville, Georgia, she learned about practicing sustainable agricultural practices, such as water responsibility and solar power.

Currently, members of Dig are working with UCLA to expand their gardening efforts to Sunset Canyon Recreation Center’s amphitheater. Right now, the amphitheater is lined with citrus and fig trees along with freshly prepared gardening beds, Blowers said. The students of Dig are working with the school to improve the soil conditions so that more students can grow crops there, Gao said.

“That’s exciting because it’s going to expand the garden by a ton of space,” Blowers said.

The group does not have a plan for their homegrown crops yet, since the garden doesn’t yield a large quantity of produce, Blowers said. But with the expansion of the garden, their total output might change.

Phillips hopes that eventually they’ll be able to host potlucks with the food they grow and donate some of their food to homeless shelters around Los Angeles.

“Ideally, students can take (the plants) home and cook them up,” Phillips said. “Whoever needs it or whoever wants to cook with it can have it.”

As of now, students can come to the garden and take produce as they please, Blowers said. Blowers used basil from the garden to make a pesto sauce with another Dig member.

For financial director and third-year civil engineering student Emma Suchard, being a part of the group has shown her that growing food on her own after college is a viable and sustainable option.

“This garden shows that you can make the most out of any space you have,” Suchard said. “We have this little corner of UCLA’s Recreation Center and we still find a way … It makes sourcing your own food seem a lot more possible.”