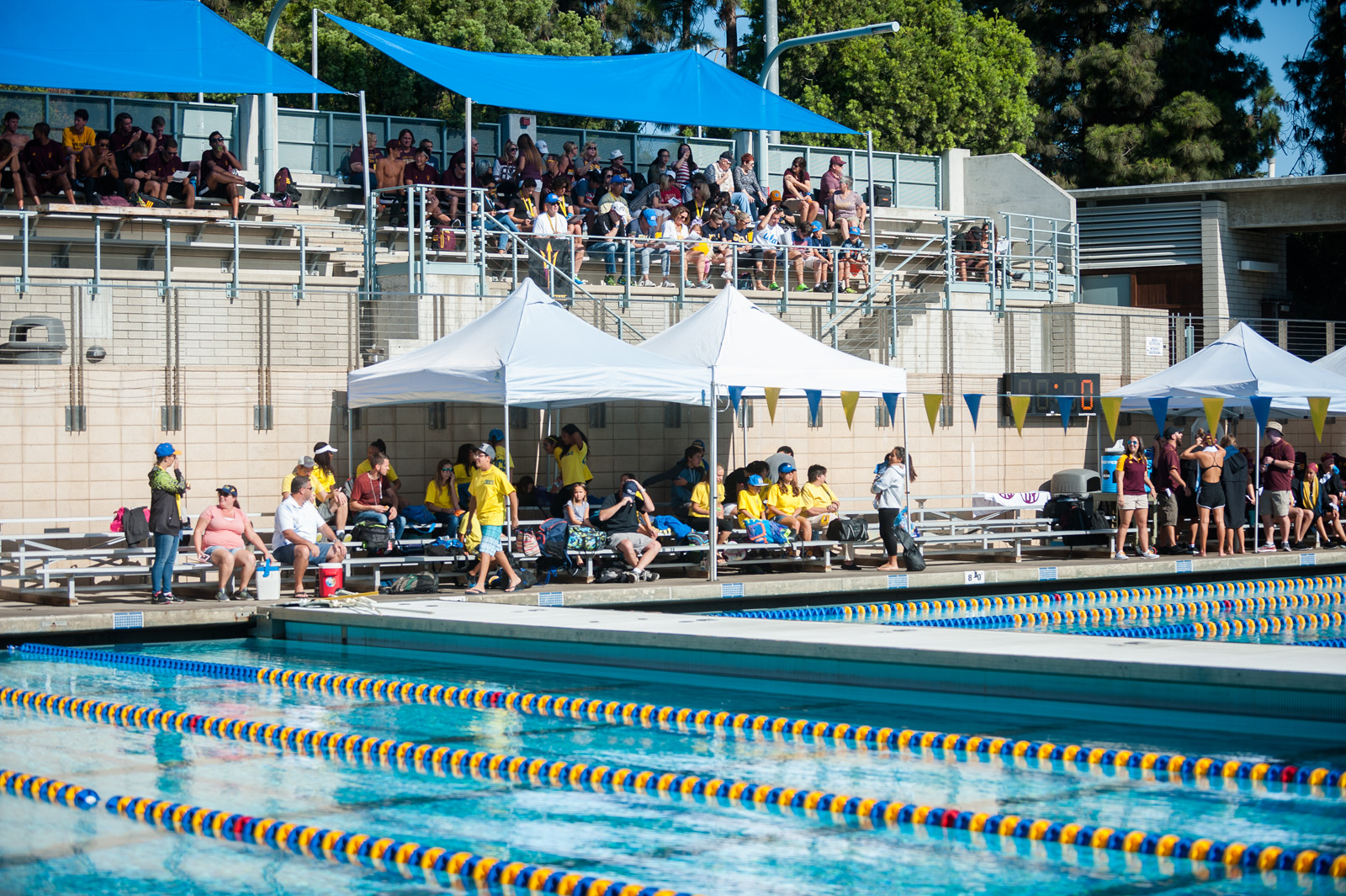 UCLA is one of five schools in the country that has Division I women’s and men’s water polo teams but does not have a men’s and women’s swim team. (Rohan Kumar/Daily Bruin)

Just about a year ago, there were people handing out flyers on Bruin Walk, a giant billboard parked outside of Sunset Boulevard and a plane – yeah, a plane – with a banner flying behind it with the “Restore UCLA Hoops” agenda.

A 15-17 record wasn’t good enough back then, and now look at No. 4 UCLA men’s basketball team. Restore UCLA hoops? Check.

The team has a legitimate chance to win a national championship this year, which after all, is the biggest pride of this school.

“113” is what’s on the posters, in all the cheesy propaganda this school crams down prospective students’ throats and is the sacred comeback for any UCLA fan, much like the New York Yankees’ “27 rings.”

But this past fall, Stanford won its 110th and 111th national titles, and is within spitting distance of usurping the national lead. With that in mind, there’s one program that really merits a restoration that could put an end to angst for Bruins everywhere.

The program was axed in 1994 along with men’s and women’s gymnastics, the latter of which was reinstated a few years later, for budget reasons. But before that choice was made, the swim team had won 41 individual national championships, a team championship in 1982, had a runner-up finish in ’81 and sent 16 alumni to the Olympics.

Part of its success was due to the sheer amount of aquatic talent that comes from California. Of the 22 public and private national high school male records, male swimmers from California account for six.

Being close to home is also huge pitch for recruiting, and on four of the most recently dominant men’s swimming programs in the nation – Texas, Auburn, California and USC – California athletes account for 25 percent of the team rosters. For the California schools alone, those numbers go up to 47 percent.

The Bruins could feasibly get an instant stake in some of the best talent should they reinstate men’s swimming, if not for the homegrown reason, then for the $14 million home UCLA built for its highly successful aquatics programs and the other drawing points.

The one program that hasn’t shared in recent success, however, has been the women’s swim team. It has never won an NCAA team title, but as coach Cyndi Gallagher has said in the past, the lack of a men’s swim team has impacted that.

“When we had a men’s team, we were always in the top 10,” Gallagher told the Daily Bruin in 2004. “Swimming is a community sport. You swim together growing up and there’s a visibility factor whether you train together or not.”

Every school that has won a women’s national championship has a men’s team. And of the 19 schools that have Division I men’s and women’s water polo programs, UCLA is one of five that has a women’s swim team but doesn’t have a men’s.

But the difference separating UCLA from the other four is that it has the 25th most lucrative athletics department in the nation, as reported by USA Today two years ago. UC Davis, San Jose State, Loyola Marymount and St. Francis, the other four schools, were 76th, 96th, and didn’t even register, respectively, on the same report.

Money could be the issue for the other schools, but it certainly isn’t for UCLA. The only thing standing in the way of funding a men’s team would be Title IX.

There are 335 women on active rosters at UCLA compared to 333 men – not enough of a difference for a men’s swim team. But where there’s a will, there’s a way, and for a sport that’s as popular as swimming in America and abroad there should be a will.

And if UCLA wants to stay on top of collegiate athletics, it’ll need to consider finding that will before it loses its most precious piece of propaganda.