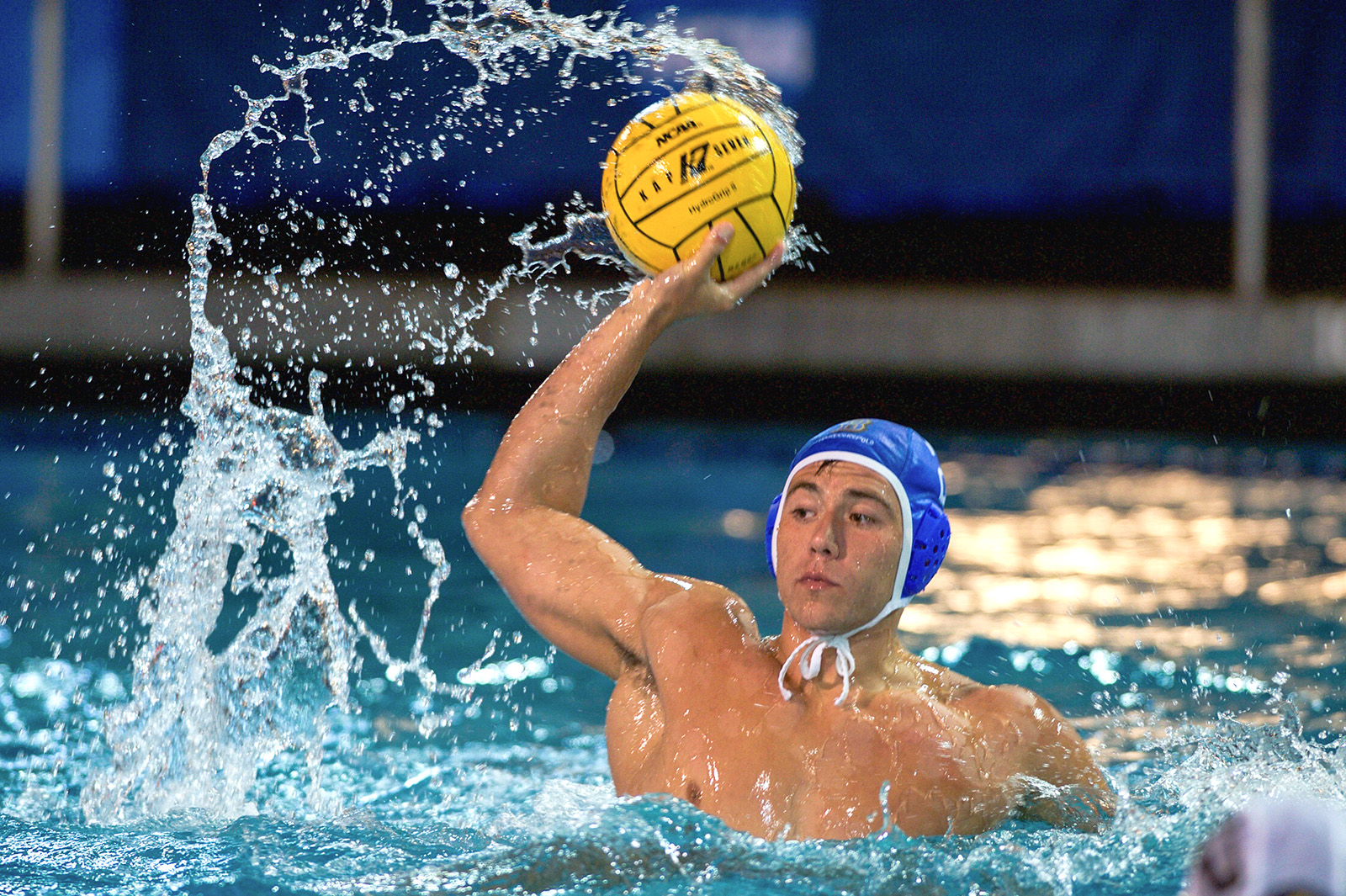 Senior defender Chancellor Ramirez and the rest of the UCLA men’s water polo senior class broke and set records in Westwood, but didn’t have enough to close their careers out as three-time national champions after an early exit from the tournament Saturday. (Wesley Hardin/Daily Bruin)

The NCAA Tournament did not pan out the way UCLA men’s water polo wanted.

Its finish was an ending that would have seemed unfathomable after a 24-0 start to the season.

But with a 9-8 double overtime loss against Cal in the semifinal matchup of the NCAA Tournament, the Bruins’ quest for a third straight national championship came to an abrupt end.

“For me, it’s a tough one to swallow,” said coach Adam Wright. “It’s not the ending that we wanted per se, but I do think what you saw tonight was a group that didn’t give in and put their selves in a position to be successful.”

The Bears would go on to take home the national championship, defeating UCLA’s crosstown rival and No. 1 seed USC, but the story for the Bruins was all about the law of averages.

After not losing at all in two years, they lost three of their final four matchups.

“These guys here, over a two-year period, lost three games,” Wright said. “They won 57, I don’t even know what it was, in a row. Things don’t happen like that unless you have a really special group.”

It wasn’t just the last game of the season for the Bruins, but of the careers for UCLA’s seniors. The eight players in the graduating class won back-to-back championships in 2014 and 2015 and, according to Wright, changed the culture of UCLA men’s water polo.

“I don’t think so many people understand just what this group has done,” Wright said. “It will go down as one of the all-time greatest teams.”

The team of seniors that Wright has coached appeared in three NCAA tournaments, and produced 152 goals in its last season.

“This program has meant the world to me,” said senior attacker Joey Fuentes before the NCAA Tournament. “The guys in this program, starting all the way with coach Adam, he puts so much care and love into it. He’s not an easy guy to play for, but he’s a very rewarding coach to play for.”

Fuentes scored a career-high 22 goals in his final year of collegiate water polo, and he said he couldn’t see his college career without the sport.

“I’d rather have no other team,” Wright said. “I don’t think we, maybe per se have the individual stars, but I can tell you this: We have a team.”

That team was composed of two first-team all-conference offensive weapons like senior attacker Ryder Roberts and senior attacker Patrick Fellner, who both had over 30 goals in their final season.

That team had senior goalkeeper Garrett Danner, who will leave as the career saves record holder for UCLA. Throughout the entire season he only let in more than double-digit goals once.

And still, that team couldn’t find a way to get it done in the end.

“Unfortunately, this is the end of our story as a team,” Wright said. “But I will say this: What this team has done, we always talk about leaving a legacy, they’ve changed UCLA water polo.”

But even without a third consecutive national championship appearance, the imprint that the team has left on UCLA water polo will forever be remembered, Wright said.

“They changed the culture,” Wright said. “It’s a new thing going on at UCLA and I will forever be thankful for this group, because they’ve changed it.”