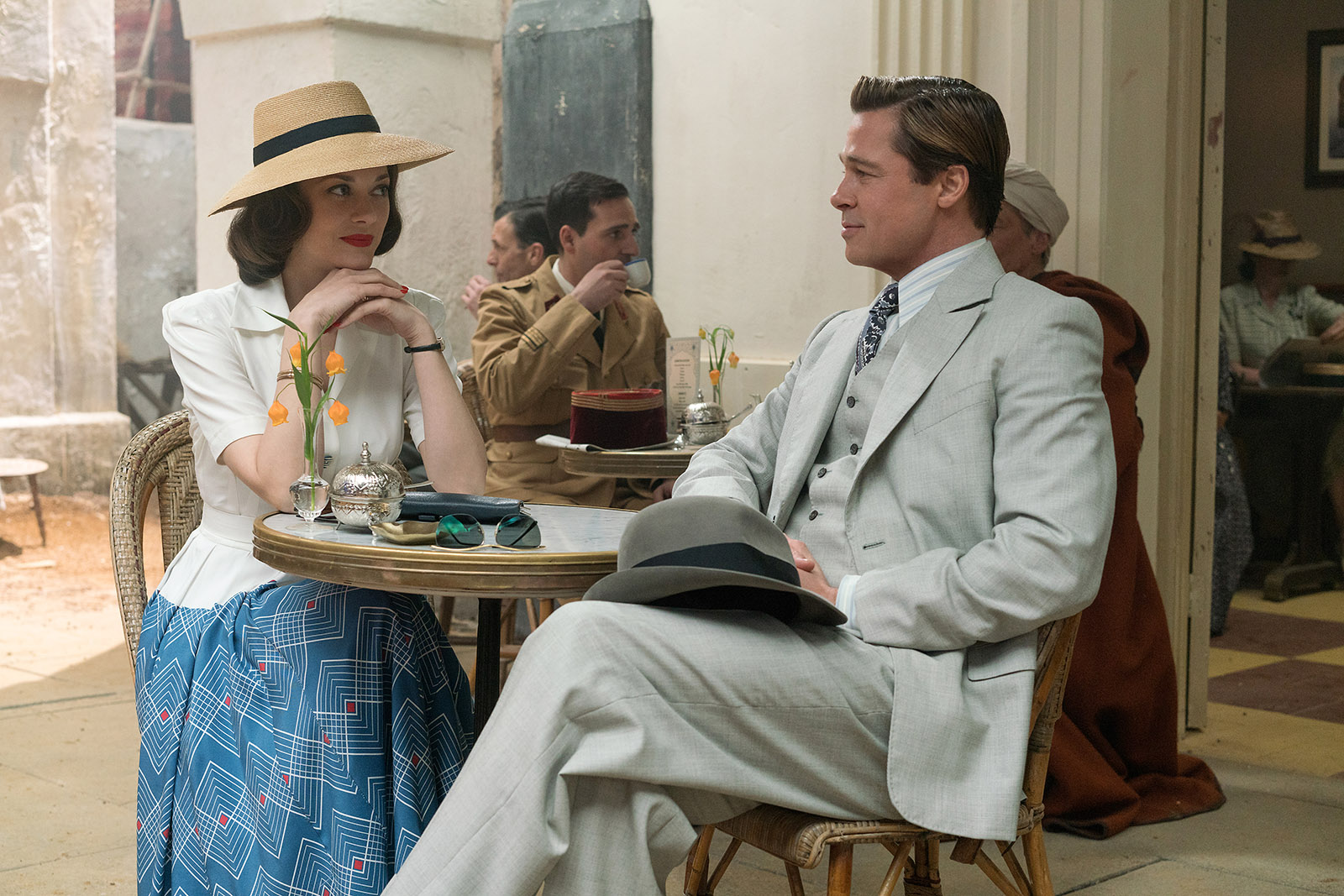 The suspenseful war romance brings the tension and the drama with its climactic action scenes, but doesn’t do justice to the love story.

The film features a cast and crew with several Academy Award wins and nominations among them, including wins for director Robert Zemeckis for “Forrest Gump” and Marion Cotillard for “La Vie en Rose,” and two nominations for Pitt for “Moneyball” and “The Curious Case of Benjamin Button.” While the movie surpasses average as a result of its A-list cast and crew, it simultaneously sets the bar too high for itself and doesn’t reach it due to Pitt’s sloppy performance and a lack of on-screen chemistry between its lead actors.

Set during World War II, “Allied” follows Canadian intelligence officer Max Vatan (Pitt) who works alongside and falls in love with French Resistance fighter Marianne Beausejour (Cotillard) on a mission in Casablanca. After marrying and moving to London together to live a normal life with their baby daughter, turmoil ensues when Max’s superiors notify him that his wife may be a German spy.

The action movie has fast-paced ammunition combat and the occasional bombing, and effective cinematic techniques, such as strategic close-up shots of ticking clocks, contribute to the suspense. The visual tactics are perhaps the only facet that salvage the movie from total failure.

The beginning of the movie serves as backstory for the relationship between the two main characters but takes on more than it can successfully portray in a limited amount of time. The movie attempts to squeeze the lovers’ first meeting, their joint operative mission to assassinate a German official, their first sexual encounter, their marriage and their daughter’s birth all into the introduction of the film, resulting in an unnaturally fast-paced relationship development between Max and Marianne. The foundation of the relationship feels inorganic and unsubstantiated.

The only moment with convincing chemistry is a sex scene between Max and Marianne that takes place in a car surrounded by a sandstorm. The scene is passionate and cinematic, with the sand swirling around the two lovers who are oblivious of the chaos of the outside world. However, it ultimately feels contrived because of the lack of sexual tension building up to the sex scene to merit its grandiose scale.

[Related: Movie review: ‘Fantastic Beasts and Where to Find Them’]

Cotillard provides a strong performance, remaining mysterious, charming and tragically beautiful all at once, enabling the audience to understand how Max could fall in love with Marianne so quickly.

The same cannot be said for Pitt. Despite his status as a war movie veteran, Pitt pushes the brooding agent persona with dramatic stares that lack motivation, instead of just existing organically as his stoic character.

Pitt’s stiff performance results in a one-sided relationship – Cotillard gives far more underlying emotion and depth than she gets from her counterpart. Pitt’s obvious jaw clenches show he’s following a model of what he thinks his character should be, instead of truly embodying his character.

[Throwback: 10 reasons Brad Pitt should show up naked for the 2002 Oscars]

Once Marianne and Max move to London after their marriage, the movie slows in pace and finally begins to introduce the central plot. The suspense picks up when the question of Marianne’s alliance is introduced, and Pitt’s performance strengthens slightly as he is given emotionally deeper material to work with.

The film captures the gravitas of the possibility of Marianne’s potential betrayal as a suspected German spy, successfully creating tangible tension through eerily long pauses interrupted by bursts of surprise action. Pitt enhances the tension during a more hostile sex scene; Max aggressively mounts Marianne with a certain darkness in his eyes, in contrast to the more affectionate, tender sex scene prior. However, Pitt’s performance mostly improves by circumstance of the dramatic plot change.

The question of Marianne’s loyalty is eventually answered, and the life-and-death ending of the movie is perhaps as satisfying as it could have been, given the lackluster beginning and middle action. While the end could have been epic, the shaky foundation of the relationship set by the rest of the movie doesn’t provide enough depth to make the characters worth empathizing with.

Zemeckis tries to capture the essence of a vintage war film but lacks raw character development. The film successfully evokes the cinematic tension of a classic war thriller, but is ultimately pointless because it fails to give the audience a strong relationship to root for.