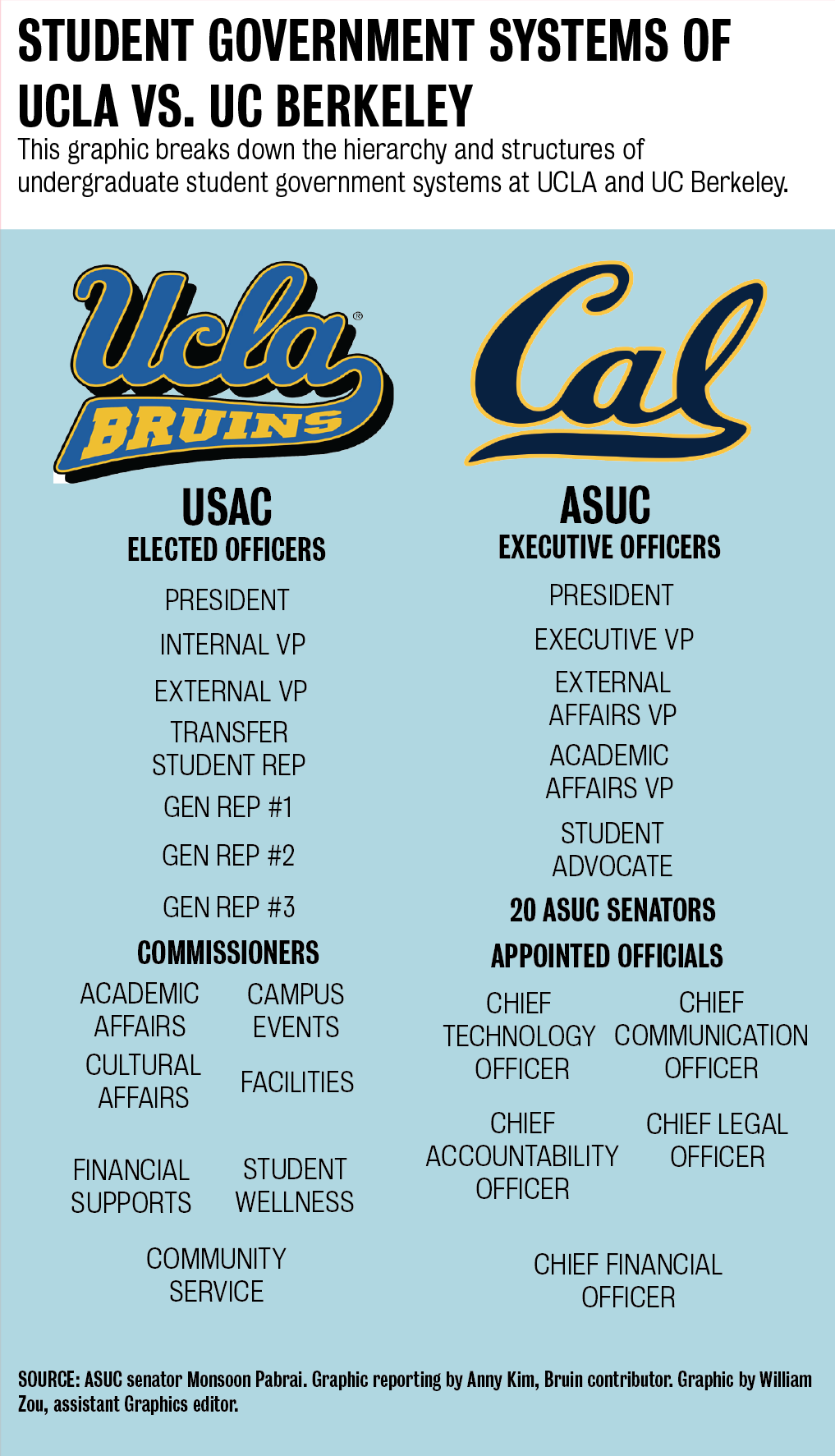 The results of the presidential election have opened up discussions for an undergraduate student government reform.

The committee will most likely consist of five to six council members and non-USAC members. Committee members will also create a focus group to learn what students think is the best way to approach the reform, Sharma said. Once the committee is formed, they will focus on creating the language for the reformed system.

The reform would emphasize changing USAC to represent more diversity on the council.

“I just don’t feel safe as a South Asian, queer male on this campus,” Sharma said. “It is visibly obvious that lot of the communities are not represented by USAC. Just look at the council table and you will realize that 14 members to represent the whole campus is just not good enough.”

The council has discussed different approaches to restructuring itself, such as adopting a different governing system or repositioning some offices, said USAC President Danny Siegel. However, Siegel added that it is too early to say what the exact amendments will look like.

UC Berkeley’s student organization consists of executive officers, which are the equivalent to USAC’s elected officers, said Monsoon Pabrai, a UC Berkeley student government senator. But its senate system elects a separate body of 20 senators, who serve to represent and make decisions on behalf of the student body.

“We plan to create more offices for better representation, but we would also move around some of the positions,” Sharma said. “For example, the Academic Affairs Commissioner would move up to an executive position.”

Sharma added that if USAC does choose to adopt the senate system, it will be based more on advocacy and creating policy for students. The council’s main intention is to give a voice to underrepresented students by gathering their input and responding to their needs.

The ad hoc committee will also focus on re-evaluating the responsibilities of the three general representatives, and possibly create a senate system out of their existing offices.

“The general representatives don’t have a prescribed mission, they are not assigned to specific roles like other officers,” said Debra Geller, USAC administrative representative. “They don’t even have their own predetermined budget, so the council members need to question whether there is a need for these officers.”

Some of the challenges the committee will need to consider are time constraints and costs, although the changes will not be in effect immediately.

Once USAC proposes the reform and places it on the ballot for the spring USAC election, it requires two-thirds of the undergraduate vote to pass, said Geller. The council must educate the campus about the ramifications of the reform in time for the election.

Sharma plans to inform students about the potential restructuring through social media campaigns and on Bruin Walk, starting at the end of fall quarter or in early January.

The council is also working within its budget, Geller said. The committee would only use the $10,000 USAC discretionary fund if the new senate system requires stipends for more offices.

Geller added USAC will most likely propose the reform in the spring to avoid additional costs of holding a second election.