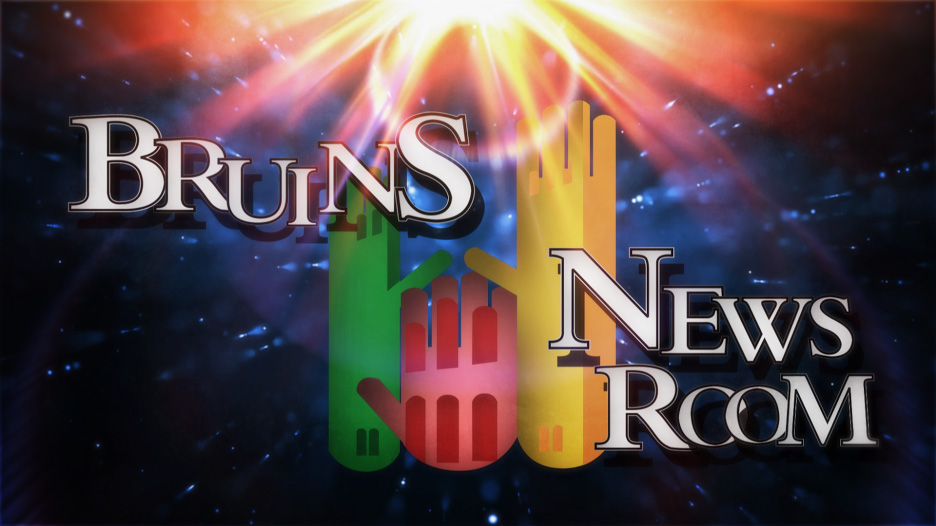 An undergraduate student government office is creating a YouTube channel about student life and campus events.

The Undergraduate Students Association Council Office of the President will launch Bruins News Room at the beginning of winter quarter, said Jack Guo, director of the Committee of International Relations in the office. The office will post 5- to 10-minute shows on the channel every week.

The Bruins News Room team will record the show in the John Wooden Center. Studio 22, a multimedia production studio in De Neve Commons, will lend high-quality equipment to the staff, Guo said. Any costs will be covered by sponsorships from external companies in exchange for publicity on the channel. Bruins News Room will not use any USAC funds to produce its content.

The USAC President’s Committee of International Relations originally wanted to create a YouTube channel to reach out to international students, but it decided to expand the focus to all UCLA students, Guo said. The content will be entirely UCLA-based news.

The Bruins News Room team will get most of the information for its show from Daily Bruin articles, club events and USAC meetings, Guo said.

“We’ll be taking news from other sources,” Guo said. “There’s no need to reinvent the wheel.”

Guo said he wants to add a submissions site where organizations can write to the show about their upcoming events.

He added he wants the show to foster discussion about different groups on campus, including undocumented, LGBT and international students. The hosts would also interview student clubs for the show.

Although the channel has received only a few applications, Guo said it has enough personnel, including a few hosts and a reporter, to start airing already. Ideally the channel would have three to four hosts, five to six people in the camera room and three interns collecting news material, he said.

Guo said he thinks the show will be different than other media on campus because it will be more visual. He added he thinks students are most interested in visual media, but there are not many outlets for that on campus.

“The channel will be the first of its kind at UCLA,” Guo added.

The team hopes the show will get a few thousand views when it debuts, and increase to about 10,000 to 20,000 views once students become aware of the show, he said.

The team will advertise the show by sharing each week’s video on the different USAC Facebook pages, flyering on Bruin Walk and emailing organizations they think would be interested in the topics discussed on the show. For example, the channel might reach out to the the Dashew Center for International Students and Scholars for a segment about international students, Guo said.

The team also hopes more students will find out about the channel as the team interviews various groups on campus for its broadcasts, he added.

“Not everybody reads the paper news but if there’s such a media where there’s a video on their Facebook feed, it’s easy for them to watch it on their phone,” Guo said. “Also, we select the news that is most relevant to their lives.”

Students had various reactions to the the idea of a YouTube channel that would aggregate UCLA news.

Daniel Sands, a second-year microbiology, immunology and molecular genetics student, said he does not think he will seek out videos from the YouTube channel because he does not think about campus news as much as national news.

Axel Lopez, a first-year political science student, said he would not be interested in watching the channel.

“There are other ways of being informed,” Lopez said. “It’s easy for me to grab a copy of the Daily Bruin and find out what’s going on. It’s not easy for me to go find the video on YouTube.”

However, Lopez said if the channel focused on campus sustainability issues, he would be interested in watching.

Audrey Magsig, a first-year neuroscience student, said she would be interested in watching the channel because it would centralize news about events on campus into one place. She added she hopes the channel will specifically focus on cultural issues, clubs and events.

Even though the Office of the President is creating Bruins News Room, the channel does not plan to have any segments dedicated to the office, Guo said.

“The Bruins News Room aims to remain somewhat separate from USAC,” he said.

If the channel is successful, Guo said he envisions it becoming completely independent of student government.