Movie review: ‘Fantastic Beasts and Where to Find Them’ 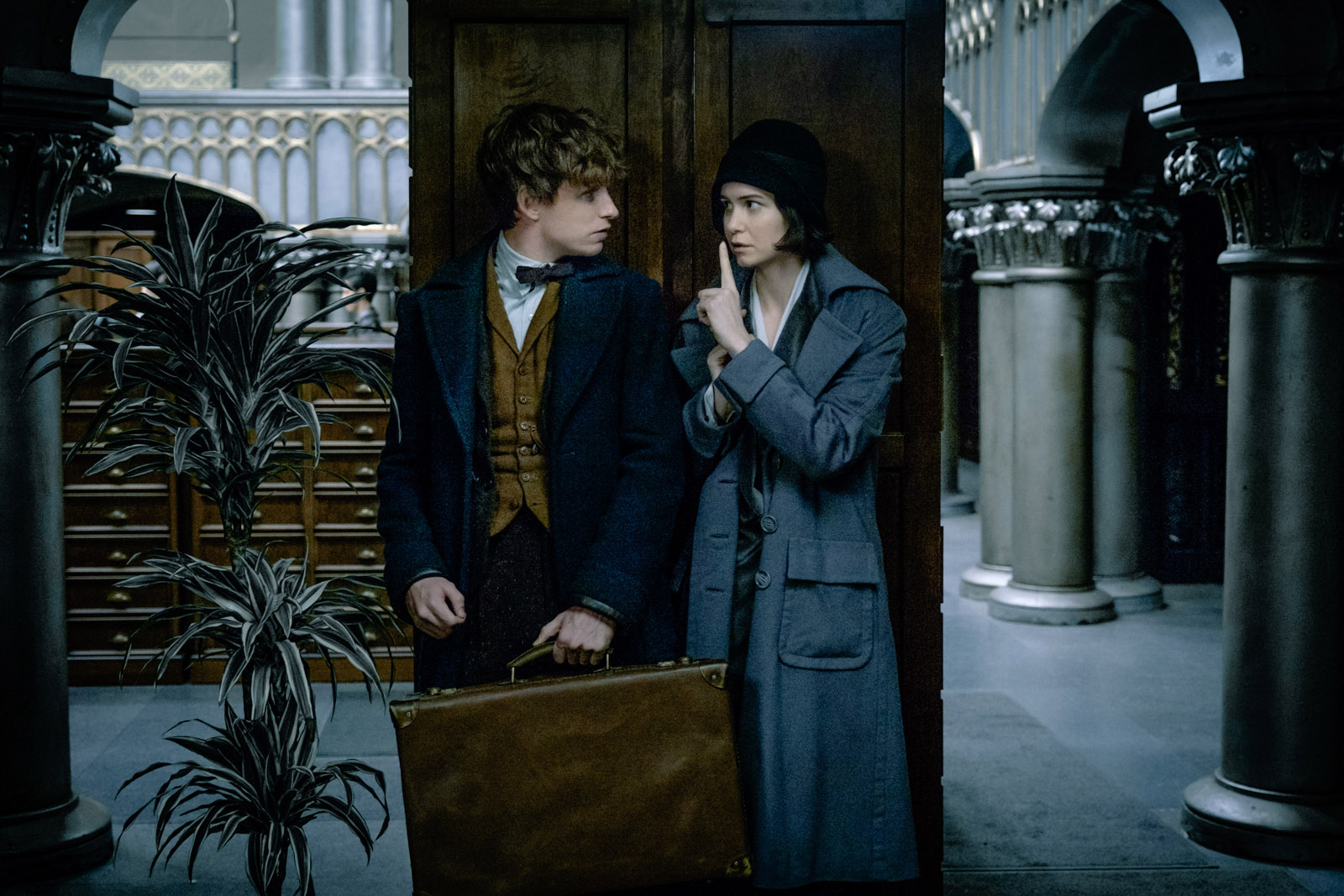 “Fantastic Beast and Where to Find Them” Directed by David Yates Warner Bros. Pictures Nov. 18

“Fantastic Beasts and Where to Find Them” is the best J.K. Rowling creation since “Harry Potter and the Goblet of Fire.”

For the most part the film matches, if not betters, the best wizarding world installments, and Rowling succeeds in bringing the wonder back to her world that was so desperately lacking in the brooding monotony of the last few “Harry Potter” movies.

The film opens on a dark note when a group of witches and wizards are obliterated by the powerful dark wizard Gellert Grindelwald. However, it quickly transitions into a more family-friendly atmosphere reminiscent of “Harry Potter and The Sorcerer’s Stone” as viewers are introduced to the amiable, bumbling Newt Scamander – played by Eddie Redmayne – and his briefcase bursting with magical creatures. The film follows Scamander’s escapades with other witches and wizards as well as his encounters with No-Majs, the American wizarding term for Muggles.

Scamander arrives in New York and immediately gets into trouble when his creatures escape the confines of his case and start to wreak havoc across the city. He befriends jilted auror Tina Goldstein (Katherine Waterston), her mind-reading sister Queenie Goldstein (Alison Sudol) and unfortunate No-Maj Jacob Kowalski (Dan Fogler) who is caught in the magical crossfire.

The quartet races to recapture the fantastic beasts, while the growing danger of the anti-magic movement known as the the Second Salemers and the evil master of the dark arts Grindelwald threatens to reveal and destabilize the magic world.

[Related: Book Review: ‘Harry Potter and the Cursed Child: Parts One and Two’]

The magic of “Fantastic Beasts” lies in the characters’ feeling of wonderment at the world around them. Kowalski’s stunned reactions to Scamander’s creatures provide an ample source of comedy and mirror Ron Weasley’s wide-mouthed, gaping reaction to Hermione Granger’s performance of an “Oculus reparo” spell in “The Sorcerer’s Stone.”

Avid Potter fans might have been concerned that David Yates’ return as director would produce a similar film to the angsty mess of “Harry Potter and the Half-Blood Prince,” but fortunately, “Fantastic Beasts” finds an almost perfect balance between the darkness of the witch hunters and the lightness of Scamander’s capers.

A large part of the credit for the film’s spot-on tone must go to Rowling, who for the first time serves as a screenwriter on one of her own adaptations. The original “Fantastic Beasts and Where to Find Them” is a short textbook of Scamander’s findings, but with a flick of her writing wand and a whispered “Alohomora,” Rowling unlocks the door to a tale brimming with her characteristic eloquence and musical playfulness.

Although “Fantastic Beasts” doesn’t have the heft of one of the all time best-selling series of novels behind it, the film’s characters are nonetheless endearing and prove a breath of fresh air from the original characters, who began to feel increasingly stale and wooden towards the end of the franchise.

Enlivened by Rowling’s dialogue, Redmayne portrays a hunched Scamander with the boyish charm that makes him perfect for the role. Fogler is consistently funny as an accident-prone yet lovable Kowalski and Waterston brings a quivering uncertainty to Tina Goldstein that draws immediate comparison with the real hero of the “Harry Potter” franchise: Neville Longbottom.

However, the darker moments in “Fantastic Beasts” feel jarring in juxtaposition with the lighter ones. In several scenes, a little girl, who is being raised as a Second Salemer, paces around the cult’s austere church headquarters, singing eerie songs about witches being hanged, drowned and burnt to death. The ghastly motif feels inconsistent when placed next to scenes of Scamander and Kowalski stroking and feeding the magical creatures in Scamander’s cavernous case.

In many ways, “Fantastic Beasts” is reminiscent of last year’s “Star Wars: The Force Awakens.” Both films feel like a greatest hits compilation of their hyper-successful prequels, but neither really adds a huge amount to the series. While watching Scamander wrestling with a kleptomaniac Niffler or the strangely perfect love story between Jacob and Queenie is undeniably enjoyable, audience members might leave the theater feeling like they’ve seen it all before.

[Related: Second Take: At The Wizarding World of Harry Potter, the magic is in the details]

One of the inherent strengths of the film is its concise storytelling, yet Rowling announced Oct. 20 at a fan event in Los Angeles that the story of “Fantastic Beasts” needs five installments to be fully explored. Producing four more movies from the same world would betray the story’s integrity and feels like a cash-grab on the creators’ part.

As a standalone movie, “Fantastic Beasts” delivers the popcorn excitement and magical thrills that will have both Potter addicts and newcomers to Rowling’s world squealing with delight; however, with little setup for a sequel at the end of the film, “Fantastic Beasts” begs the question: Does the franchise really need to continue?