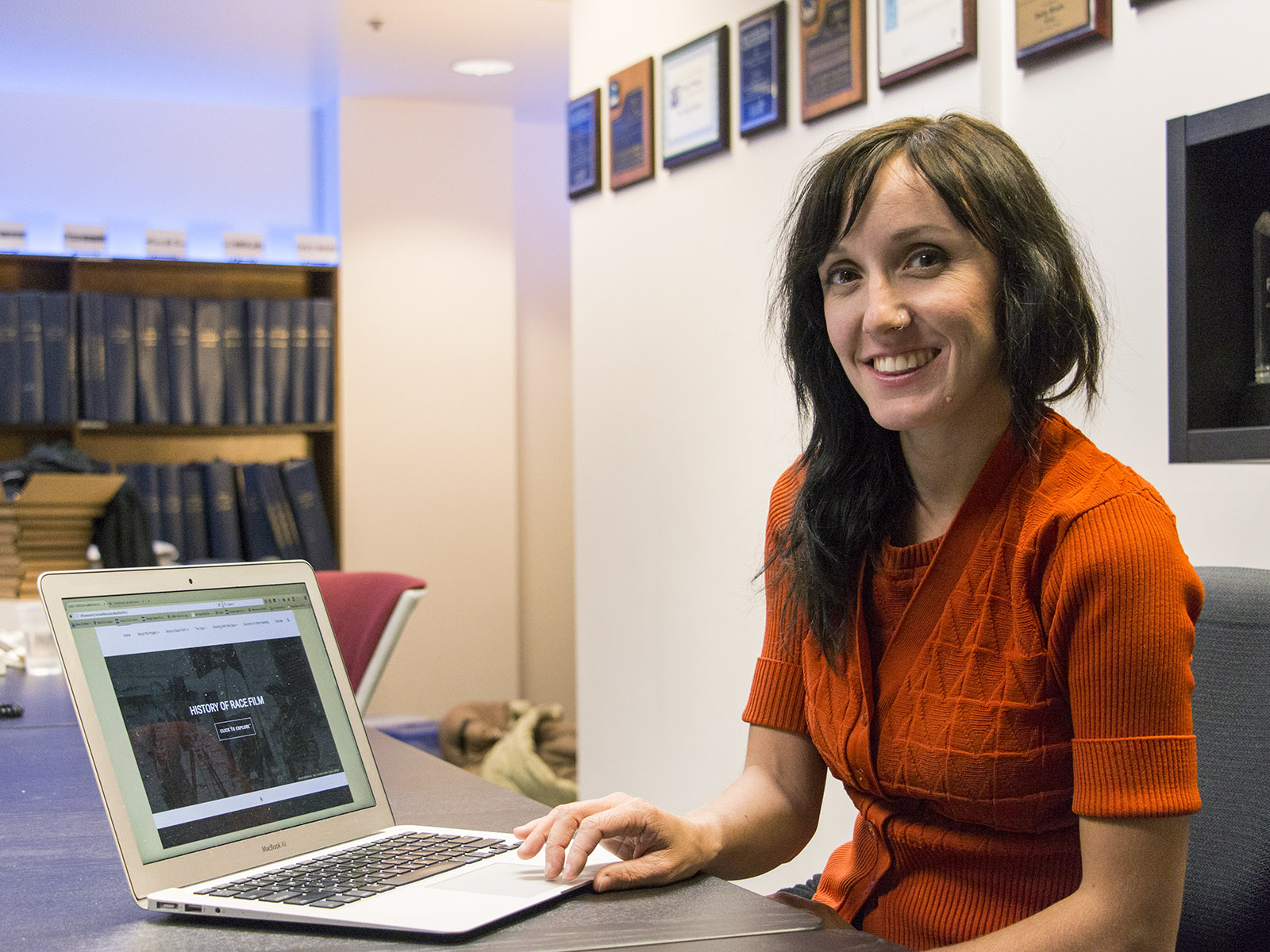 The students, as well as the digital humanities program coordinator Miriam Posner used the information they collected at the Charles E. Young Research Library to create what is now the only online database on the topic of early race films. Students Marika Cifor, Shanya Norman, Hanna Girma, Monica Berry, Karla Contreras, William Lam and Aya Grace Yoshioka started the project this spring as their digital humanities capstone project and finished it in June.

The database, titled “Early African American Film: Reconstructing the History of Silent Race Films, 1909-1930,” also includes relational data and is accessible to the public, including students, archives and scholars. Members of the group hope the site will be a way for people to learn more about a part of film history that ordinarily has little to no coverage, graduate student Cifor said.

“It’s gotten attention from other digital humanities scholars and film scholars all over the country, which is exciting,” Cifor said. “It’s always gratifying to know the thing you worked on is actually being used by other people.”

Posner said she was inspired to center their project on the topic of silent race films after reading a book that referenced the George P. Johnson Negro Film Collection at UCLA.

The group did preliminary and secondary research together. They first used the George P. Johnson Negro Film Collection in the Charles E. Young Research Library. At the Johnson Collection, the group looked for information about potential film names they could put in the database, people involved in the films, production companies and the locations of the production companies. During the research process, the group discovered a number of pieces of information pertaining to their research that weren’t in the Johnson Collection or weren’t complete, so they turned to outside sources, Cifor said. They reached out to scholars and archives when compiling data for the project, and went through scholarly work and filmography in film archives.

Since the group didn’t know of an authoritative centralized list about race films before the project, it was difficult to define what constituted a race film, Posner said. The group decided to define a race film as “a film with African-American cast members, produced by an independent production company and discussed or advertised as a race film in the African-American press,” as written on their website.

“We decided to go with a more expansive definition because there’s very little work on these films, and we wanted for other people to be able to find and access information about them,” Cifor said.

Another obstacle was synthesizing names of actors, many of which had similar names, which made it difficult to determine if they appeared in the same films or if their names had different spellings. Additionally, a majority of the films in the database have no surviving copies. The group worked around this by looking at notes George P. Johnson personally made about silent race films in his collection, as well as by looking at African-American newspapers and posters for silent race films in that time period.

“If you Google black filmmakers before the 1930s, nothing comes up,” said Norman, a UCLA alumna. “When I did that when first starting this project, nothing came up and I thought it was such a shock to me.”

The students finished the project June and presented it at the digital humanities colloquium.

Posner said while they are not working on the site at the moment, they would like to add data about the locations of the actually existing films they found recently to the website and release that as a new version of the site.

“We sort of think of it as versions. This version is done,” Posner said. “If data gets added to the data set, we will create a new version and release that.”

After the first version of the website was finished, the team shared the database with scholars and archivists who helped the project, Cifor said.

“I didn’t realize how much reach (the database) could have after we finished and compiled the website,” Norman said. “It made me feel … like I am part of something that actually is important and relevant to some of the issues we are dealing with as a society.”