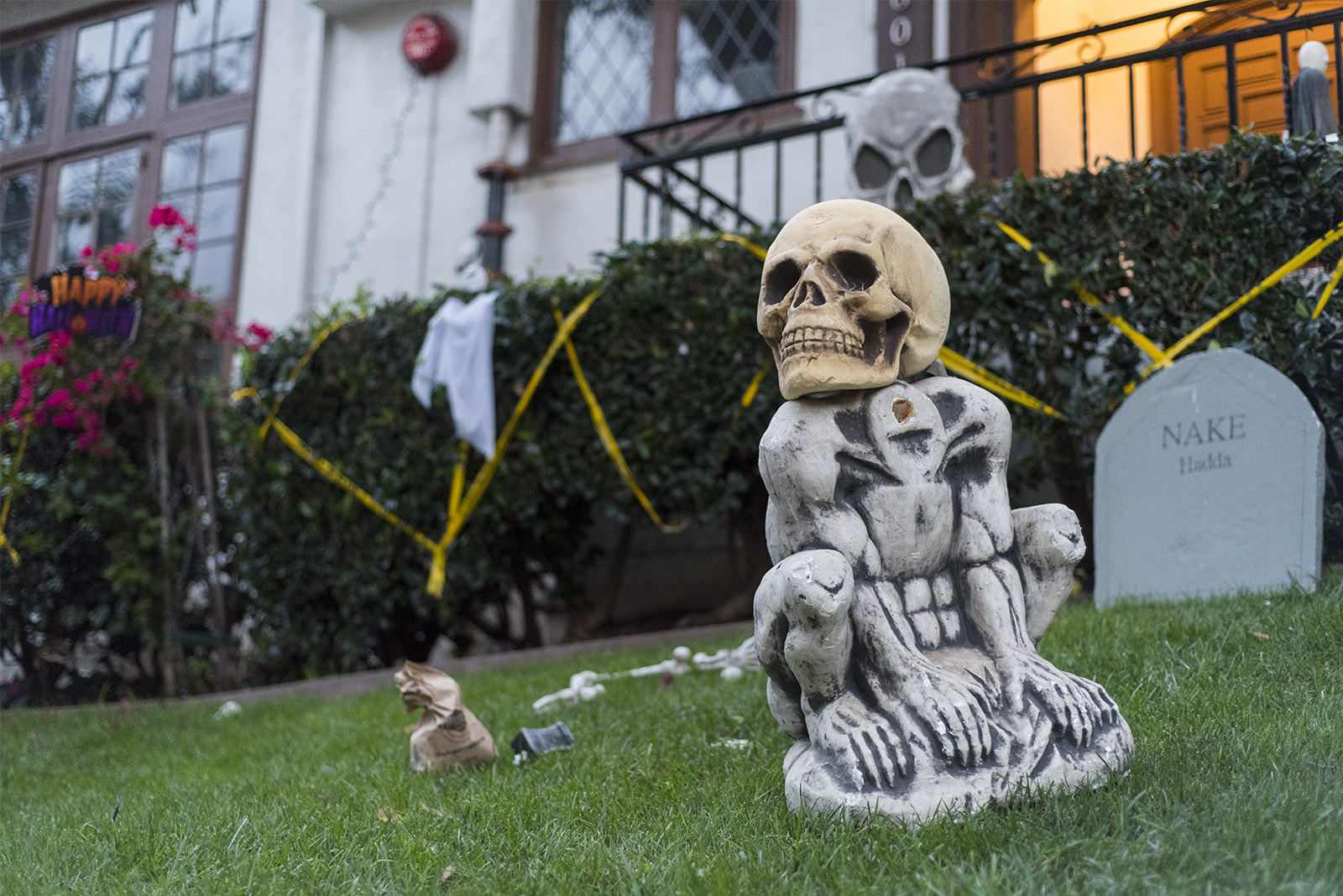 Apart from the fact that all three of these are horrible, cringe-worthy puns, a similarity between them is in the span of the past three days they’ve all made me question the meaning of Halloween.

When I was little, Halloween consisted of two things – chocolate and costumes. I would agonize for weeks on end as to what my costume would be like, making regular trips to the store and begging my parents to invest in a $40 costume that I would only wear for one night. The joy I received from yelling “trick-or-treat” was enough to keep me going for three hours in the brutal East Coast winter.

As I grew older and reached high school, this joy began to fade. My costume was entirely makeshift – a product of trying to multitask while doing calculus homework. Some Halloweens I wouldn’t even go out. The standard, “Aren’t you too old to be trick-or-treating?” I received from my parents was enough to keep me home and pass out candy. Halloween wasn’t enjoyable anymore. It was simply a night of hearing my doorbell ring one too many times and arguing with my sisters about who would get up and answer it.

In college, however, I was introduced to a whole new version of Halloween. All of a sudden costumes were important again, but now with more requirements. The costume had to be clever yet sexy.

As a second-year, I’m now used to this. But last year, it made me sad. The spirit of Halloween, what it meant to me growing up as a kid, was gone. Fewer people seemed to care about wearing a scary costume or carving pumpkins. Instead, the focus of Halloween seemed to have shifted for some college students to alcohol and hook-ups.

Second-year psychology student Avery Horne voices a different take on Halloween. Horne grew up celebrating Halloween and fall in general as a time of the year dedicated to the harvest.

“I think from the background that I came from, it was more focused on harvest season, but that hasn’t changed all that much,” she said. “The way I experience it has changed. It’s stayed the same kind of holiday, very commercialized, still very fun with pumpkin patches and celebrating fall.”

Horne is not very involved in the Halloween party scene at UCLA, but does hold an opinion of her own on it.

“It’s a cultural phenomenon that you want to take part in,”she said. “When you’re younger you want to trick-or-treat, but now you’re partying because that’s what everyone else is doing.”

Horne’s point about the desire to do what everyone else is doing opens up a different point of view. In my experience, for a large majority of people the definition of Halloween has indeed changed with what those around them choose to do. In elementary and middle school, it was trick-or-treating or relaxing at home. Now in college, it’s become a full weekend devoted to partying.

First-year global studies student Ashley Ng holds a similar view to that of Horne, with regards to what Halloween once meant and now means to her.

“When I was little, Halloween was all about the candy and about the scary, long walks late at night,” she said. For Ng, this stayed the focus until schoolwork took over in high school, and now in college she’s noticed that focus shift to partying.

Although she notices the change, Ng is not affected by it.

“It’s much more independent now than in elementary or high school, so I can always find people that want to celebrate Halloween in similar ways to me,” she said.

Ng points out the way one chooses to celebrate Halloween varies from person to person, but there will likely always be someone who you can celebrate it with. College exposes people to different traditions and different forms of celebration, but also brings like-minded individuals together, as is in the case of Halloween.

The idea of time, or lack thereof as one grows older, is brought up by both Horne and Ng. The hours of preparation I was able to devote to my Halloween costume and trick-or-treating dwindled as I grew older. Now, that number’s been crunched down significantly and for many, the only way to escape the stress of constant time constraints and midterms is to get wasted in the name of Halloween.

Halloween should definitely be a time to enjoy yourself, even in college, in whichever way you may please. However, remember to take a break in the middle of your handle pull (no one likes alcohol poisoning) and reminisce on the innocent little vampire screaming “trick-or-treat” at the top of your lungs that you once were.