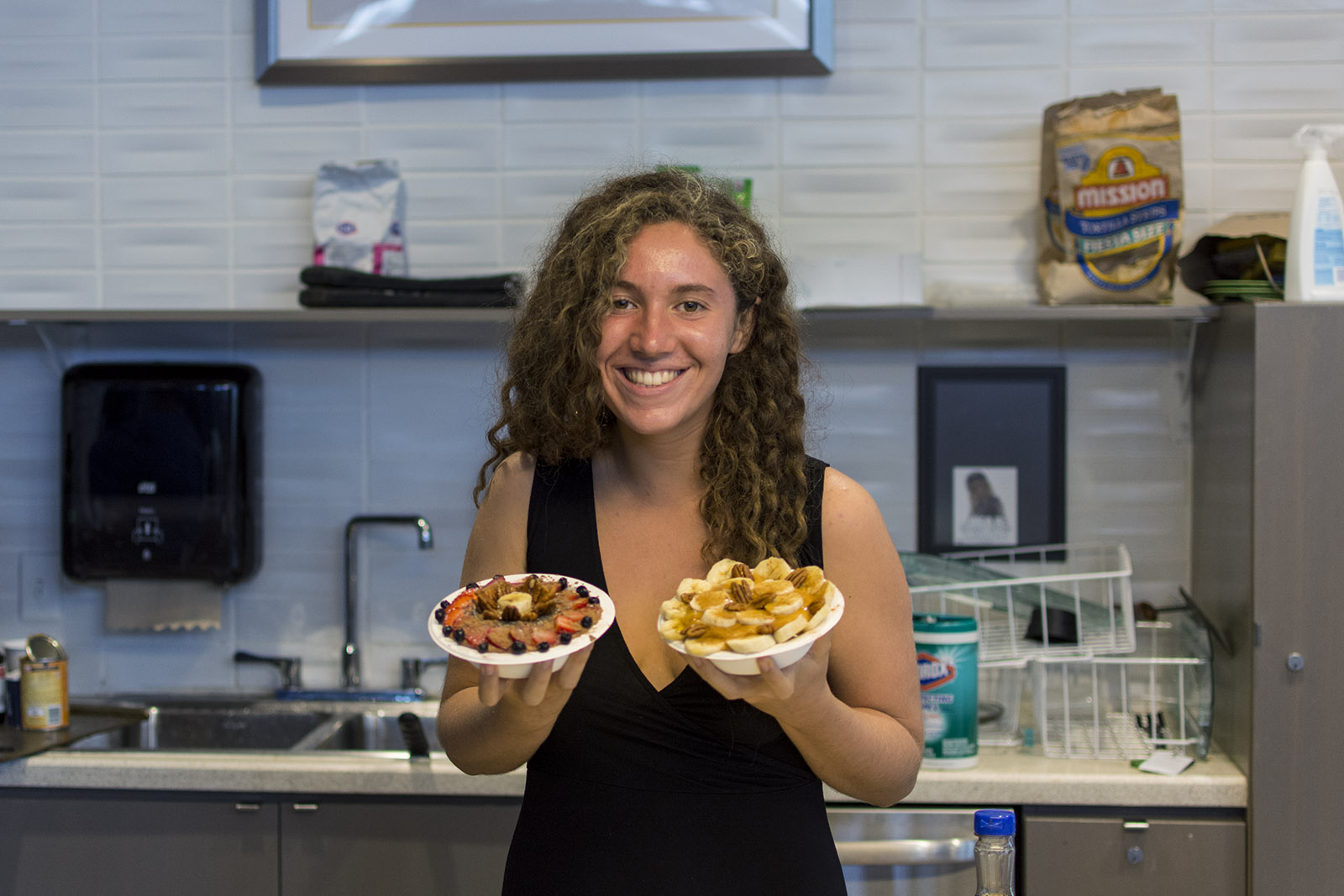 Strawberries, blueberries and acai are all fruits typically associated with a good smoothie. But there’s one fruit that both smoothie makers and consumers alike often overlook.

Founded this year by Wasserman, a second-year undeclared student, and a couple of friends, the Smoothie Bowl Club meets Sunday mornings in the Hitchen, a kitchen located in Hitch Suites. In the Hitchen, the club makes smoothie bowls, blended fruit with granola on top, and other healthy breakfast items. Though the primary focus of the club is making smoothie bowls, Wasserman said she wants to teach people how to make something both healthy and tasty.

Carmen Davila, a second-year biochemistry student, said a lot of the clubs at UCLA are selective and oftentimes career-oriented. After Wasserman was rejected from five different clubs, she and her friends wanted to see a more inclusive club that allows people to bond over the camaraderie that good food brings about.

Thus, the club was born out of Wasserman’s persistence and her love of fresh produce. After obtaining a food processor, Sabrina Liu, a second-year bioengineering student, said she, Wasserman and Davila set out to form the Smoothie Bowl Club together.

“There’s smoothies at Bruin Cafe, but those are so unhealthy,” Wasserman said. “They’re made with frozen yogurt. It’s like a milkshake. It’s appalling.”

The number one ingredient for the Smoothie Bowl Club’s healthy and tasty smoothie bowls is ripe bananas, Davila said. While other fruits – like strawberries and blueberries – add variety and extra flavor, ripened bananas give a smoothie bowl the sweet creamy characteristic of a good smoothie. The group stockpiles bananas from Bruin Plate throughout the week so that they can ripen and freeze them for the meetings on Sunday, Liu said.

Most people like bananas that are a little bit green, but a ripe banana has brown spots on it and is much sweeter, Wasserman said. Freezing bananas when they have just the right amount of brown spots ensures that they don’t overripen by Sunday.

One of the many treats that club members have worked on is made up almost entirely of ripened and frozen bananas. The banana “nice” cream is a dessert that closely resembles ice cream in terms of flavor and texture, but not in terms of nutritional content, Wasserman said. To make the dessert, smoothie-makers throw some sliced frozen bananas in a food processor or blender and blend them until smooth and creamy. Members of the club, Wasserman said, also add peanut butter and cocoa powder to switch up the flavor profile.

“It’s this decadent dessert, but it’s a healthy breakfast also,” Wasserman said. “It’s just fun to experiment with food and make food, because everyone living in the dorms is not making food.”

Davila said the club’s message of promoting healthy eating is really exciting because a lot of people don’t realize that they can eat healthy without sacrificing good taste.

Liu said that usually Wasserman has some sort of theme for the meetings. At their second meeting, Wasserman decided to do tie-dye smoothie bowls as part of a ’60s themed meeting. The group prepared individual smoothies, dying each one a different color, and swirled them together to create a tie-dye effect in the smoothie bowl, Liu said.

Wasserman said she wants to open up the members of the club to the world of fresh produce and healthy eating by showing them how to make a variety of healthy and delicious foods, from tie-dye smoothie bowls to vegan muffins.

“A lot of people have lost the connection between the food and creating something,” Wasserman said. “Especially since we eat at dining halls, we don’t make our food a lot. And so I just want people to make that connection and eat healthy and stay happy.”