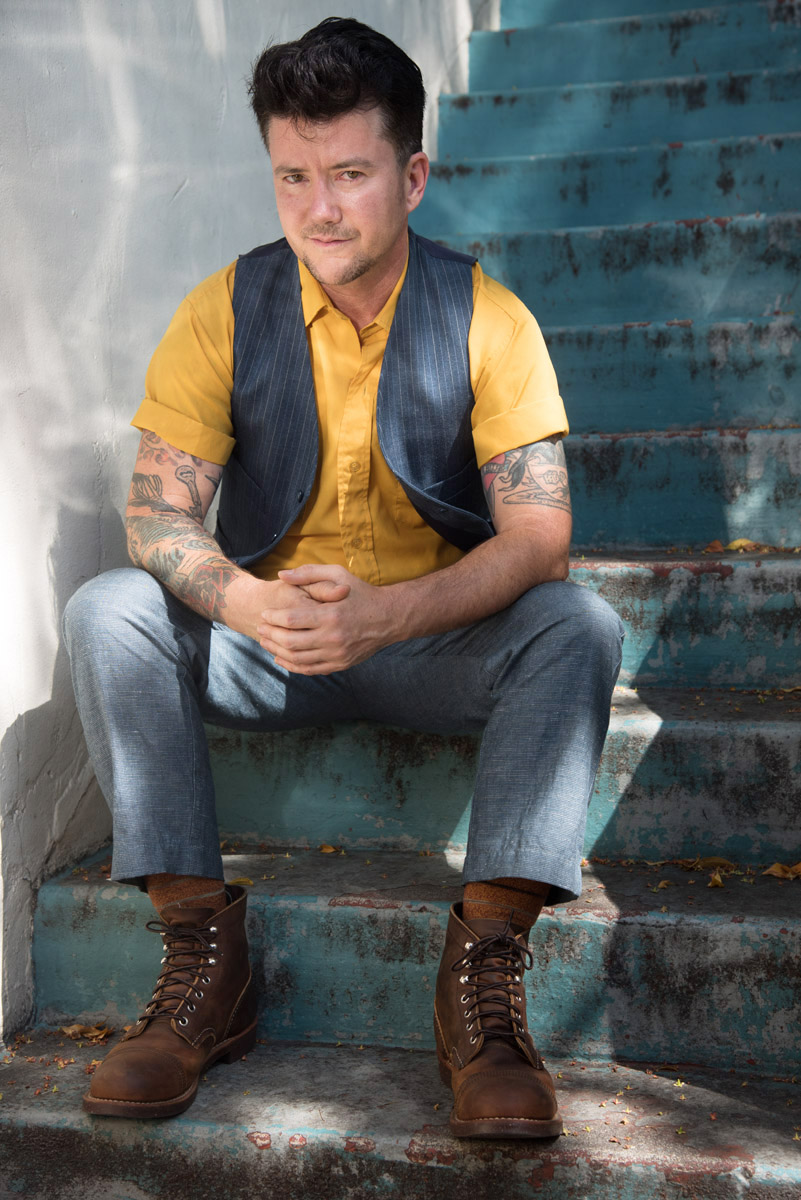 Forty-three UCLA staff members and alumni were involved in projects nominated for the 2016 Emmy awards in 16 different categories. Over the course of four weeks, Daily Bruin A&E will feature some of these UCLA-affiliated nominees and their projects.

He himself transitioned after graduating from the UCLA School of Theater, Film and Television 10 years ago and went on to direct three episodes of the 2016 Emmy-nominated show “Transparent.” The story follows a family whose father, Maura (Jeffrey Tambor), is undergoing a gender transition.

The transgender cast and crew members discussed their own experiences with doctor’s visits during their transitions while shooting hospital scenes to document Maura’s many trips to the doctor during her transition.

“Having so many of us is a great comfort. Everyone has a different opinion,” Howard said. “It’s something that couldn’t happen if there was just one of us in the room representing our whole trans community.”

[Last week: Alumna talks human side of ‘Halloween of Horror’ episode of ‘The Simpsons’]

Howard identifies as gender non-conforming and experienced others’ discomfort and disapproval regarding his gender identity throughout his life. It wasn’t a shock for his friends when he finally decided to transition, he said.

“I think with my family it took a while. But eventually everybody accepted me as someone who didn’t fit into a typical expression of gender,” he said. “I feel like I’ve mostly been blessed with acceptance through my whole life.”

Howard’s transition into a man was different from that of Maura, who transitions to a woman at a very advanced age. Howard said his experience transitioning exposed him to people who tried to understand his and other transgender people’s identities but did not have the tools for understanding them.

“My perspective filtered through all the scenes,” he said. “In other words, I could connect to any character at any point in time.”

Howard thinks centering stories of non cis-gender people around their families has been important throughout history and continues to be imperative now. By focusing on family dynamics, other human aspects of the story fall into place, he said.

Howard particularly loved filming scenes in which Maura spends time with her new transgender friends, who become family to her.

“I have both a strong attachment to my family and my chosen family,” Howard said. “Those were really fun scenes to explore.”

The filmmaker has featured gender non-conforming characters for the last 15 years. He said it’s important to tell stories from different perspectives within the LGBTQ community.

However, Howard worries about the burden of representation when directing stereotypical transgender characters who are sex workers or exotic dancers, though these stories are realities for some financially burdened gender non-conforming people, he said.

Transgender characters are often portrayed as working in the sex industry on TV shows like “Penny Dreadful” and “Twin Peaks.” In “Transparent,” Maura’s flatmates Shea and Davina are an exotic dancer and former sex worker, respectively.

“You feel like you can’t show this because this is what the mainstream is showing,” he said. “But if it’s a part of our story and it hasn’t been shown from our perspective – we have to show it.”

UCLA alumnus Steven Liang has known Howard for eight years after meeting him at film festivals. Howard is sensitive to transgender issues and actors, which creates authentic performances, Liang said.

Howard assisted Liang in his thesis film “Afuera,” which is about transgender Latina sex workers. He helped Liang find talented transgender actors to play the transgender characters, which made the performances more genuine than if the roles had been played by cis-gender actors, Liang said.

“As a young queer filmmaker, I admire Silas’s trailblazing work,” Liang said. “It makes it all the more possible that us queer filmmakers will have a shot at success in an industry dominated by an old straight white men’s network.”

UCLA alumnus Ernesto Foronda met Howard in 2002 at Sundance Film Festival where Foronda’s film “Better Luck Tomorrow” and Howard’s film “By Hook or By Crook” were showing. They’ve worked on several films since then such as 2012’s “Sunset Stories.”

“(Howard) puts a lot of himself and his personal experiences in his work,” Foronda said. “He catches the voice of people living in the margin and puts their narrative in the forefront of the story.”