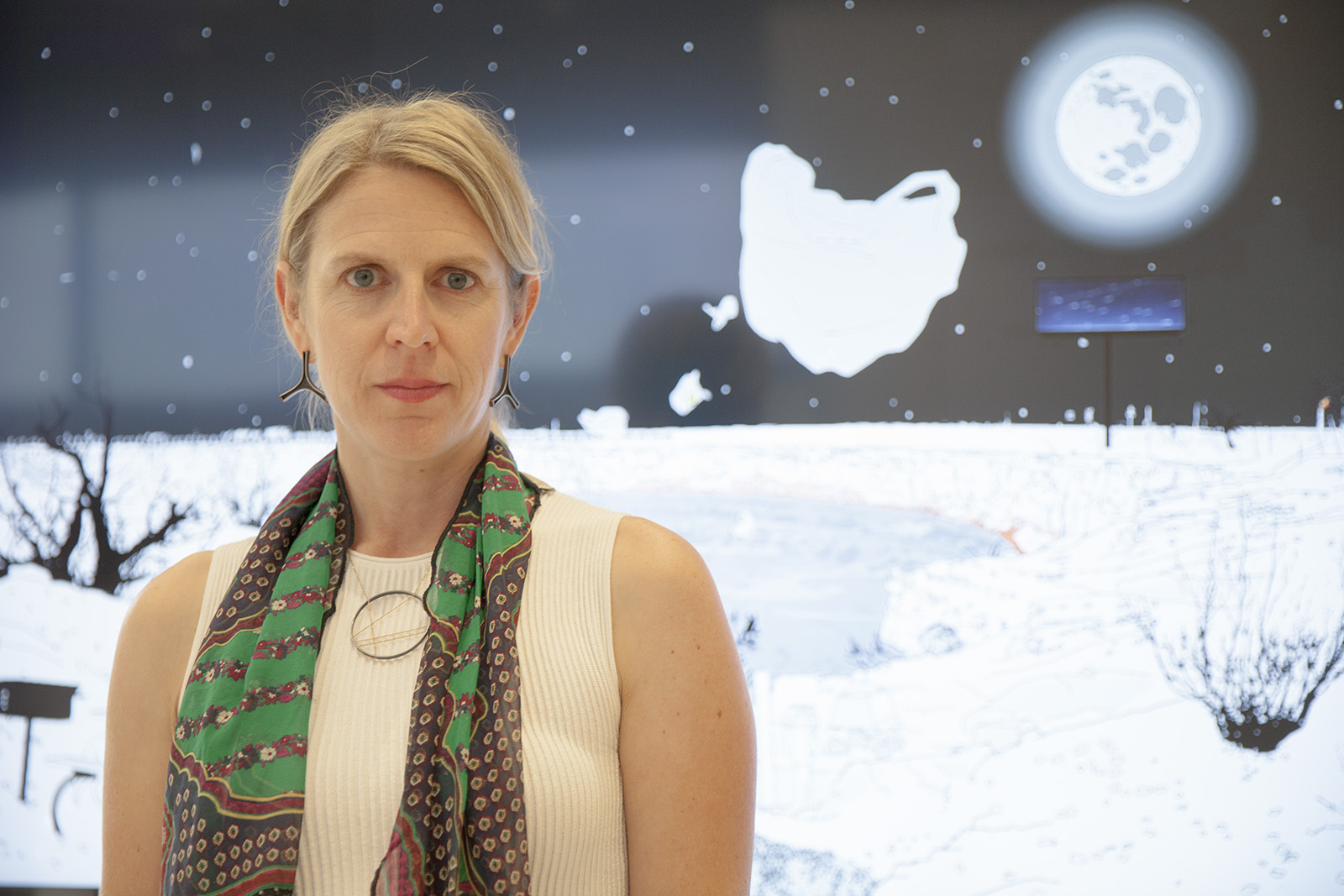 An team of faculty members including Ursula Heise, Allison Carruth (pictured) and Jon Christensen formed the Laboratory for Environmental Narrative Strategies after a yearlong seminar in 2015. The goal of the program is to combine environmental studies with art, media and narrative storytelling. (Hannah Ye/Daily Bruin senior staff)

A new program is moving North and South Campus closer together.

UCLA’s Laboratory for Environmental Narrative Strategies seeks to bridge the gap between the humanities and sciences at UCLA. Housed within the Institute of the Environment and Sustainability, it combines environmental studies with art, media and narrative storytelling, said Ursula Heise, an English professor.

LENS will celebrate its official opening Thursday with a conference at the Meyer and Renee Luskin Conference Center and launch party at the Fowler Museum. The conference will display art pieces celebrating biodiversity and sustainability, featuring commissioned artists, activists and journalists who have worked in the field of environmentalism.

Heise formed LENS after a yearlong seminar in 2015, along with Allison Carruth and Jon Christensen. Despite being from different academic backgrounds, all members of the team have the common interest of storytelling and the environment, said Christensen, an adjunct assistant environment and sustainability professor.

“There’s a divide between people being paralyzed with fear and feeling like they have the ability to do something,” Christensen said. “Narratives give people a road map that help show us what we can do to make a difference.”

Heise said LENS wants to change how environmental studies are viewed from cultural and historical perspectives by using using new media like film, graphic novels and the internet to illustrate environmental narratives of the future. For example, American environmentalists use the polar bear as a mascot for climate change efforts, but Inuit people want the animal to be more respected, she said.

“It is your generation that knows all these new genres and tools and are sure to have a lot of new stories to tell and a lot of new media to tell them with,” Heise said.

Samantha Ong, a fifth-year philosophy student and researcher with LENS, said the program helped her develop a deeper appreciation of the environment and believes LENS can help bridge the divide between the sciences and the humanities. Definitions of terms such as climate change have shifted in response to new studies said Ong. To account for the changes, it is important to reference past and present literature.

“With history, it’s not even just about findings, it’s the different conceptions about what environmentalism meant in the past and how people think of it now,” Ong said.

Associate English professor Carruth said she believes the current generation of students has a strong interest in interdisciplinary projects, so they want to double major or study in both science and art fields. LENS builds on these trends in bridging the arts, sciences and humanities, she said.

“The greatest impact LENS can have is to be an incubator for new and old stories about the environment,” Carruth said. “(It can bring) together history and different cultures with a forward, future-looking vision.”