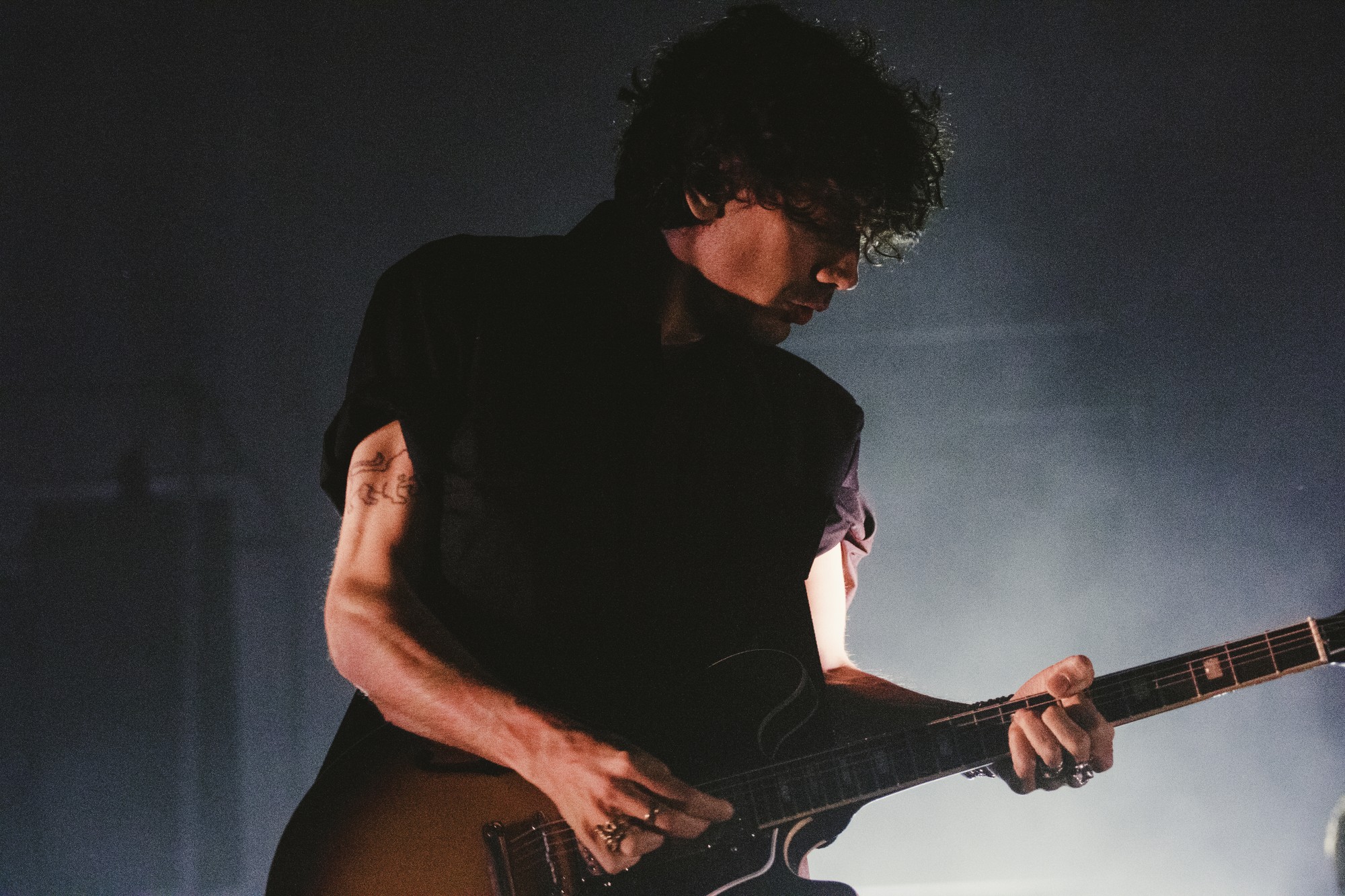 Miike Snow performed at the Shrine Auditorium Thursday night, playing songs including “I Feel the Weight” from latest album “iii,” along with older fan favorites including “Animal.” (Ken Shin/Daily Bruin)

The Swedish trio graced Los Angeles with electro-pop sounds from its older hits along with tracks from “iii,” its newest studio album in four years. The band members kept the audience moving with the upbeat sounds that encompass both albums, but kept the performance diverse by adding in the funk melodies of its newest album.

Indie pop singer Zella Day took the mic as the opener, performing some of her most popular tunes such as “Sweet Ophelia” and “East of Eden.” Her energetic interaction with her band members dancing near their instruments – and clapping along with them – kept the audience enthusiastic.

The auditorium went dark and and beams of blue lights filled the room as Miike Snow entered the stage, eliciting an uproar from the audience. The three artists began the set with their popular hit “My Trigger” from “iii.” Lead singer Andrew Wyatt impressively displayed his wide vocal range in the song, hitting the high notes with precise pitch and effortlessness.

The band shifted to another hit from “iii” entitled “Genghis Khan,” prompting the audience to sing along. It added more instrumentation to the stage as well, bringing on three trumpet players and two background vocalists to give a live rendition of the album version of the song. The full display of instrumentation added to the funky style of the song’s melody and passionate lyrics, which describe a lover attempting to justify his feelings toward a lost love.

Miike Snow kept the audience engaged by alternating between newer hits like “The Heart of Me” and older ones like “Song for No One,” utilizing strobe lights and colorful background screens to match the timbre of the songs. The piano riffs and climactic high notes in “The Heart of Me” matched the flashing colors of the lights.

Miike Snow’s synthesizer is an integral part of the band’s live performances, and the instrument succeeded in adding intensity to this show. The spotlight was on the synthesizer with “Cult Logic,” where instrument reverberated in time to the lighting and rhythm of each band member and instrument.

Wyatt seamlessly transitioned from clapping along with the audience in more energetic songs to playing the piano for calmer, more melodic tunes such as “Heart is Full.” The performance of “Heart is Full” pleasingly maintained variance in sound including harmonization, rhythmic beats and soulful undertones. Yet the group still managed to preserve the consistent quality in vocalization and instrumentation in its overall performance.

Wyatt’s movement on the stage made for an engaging and entertaining audience experience. Whether he was pointing at audience members to single them out them to sing along, or pointing the microphone at the audience to give them a chance to be the vocal stars, he constantly invited the audience to participate firsthand.

The pinnacle of the show came toward the end, when the band performed “Sylvia,” one of Miike Snow’s longer songs that includes a bold mix of piano, vocals, synthesizer and instrumentals. Its combination was a great blend that enhanced the listening experience, offering a nuanced and complex sound. The colored lights of the set were exceptionally vibrant, switching on and off with bright blues, greens yellows and oranges that synched perfectly with each note.

The encore consisted of two songs, the first a slower, relaxed song called “I Feel the Weight” from “iii,” followed by a fan favorite, “Animal,” from Miike Snow’s debut album. Juxtaposing new and old songs was a great alternative to performing the albums sequentially, giving an element of surprise throughout the entire show.

Miike Snow successfully captured its diversity in adapting to different genres such as funk, pop and electronic, giving the audience a show that delivered musically, aesthetically and atmospherically.