UCLA women’s soccer win streak to be challenged by Cal 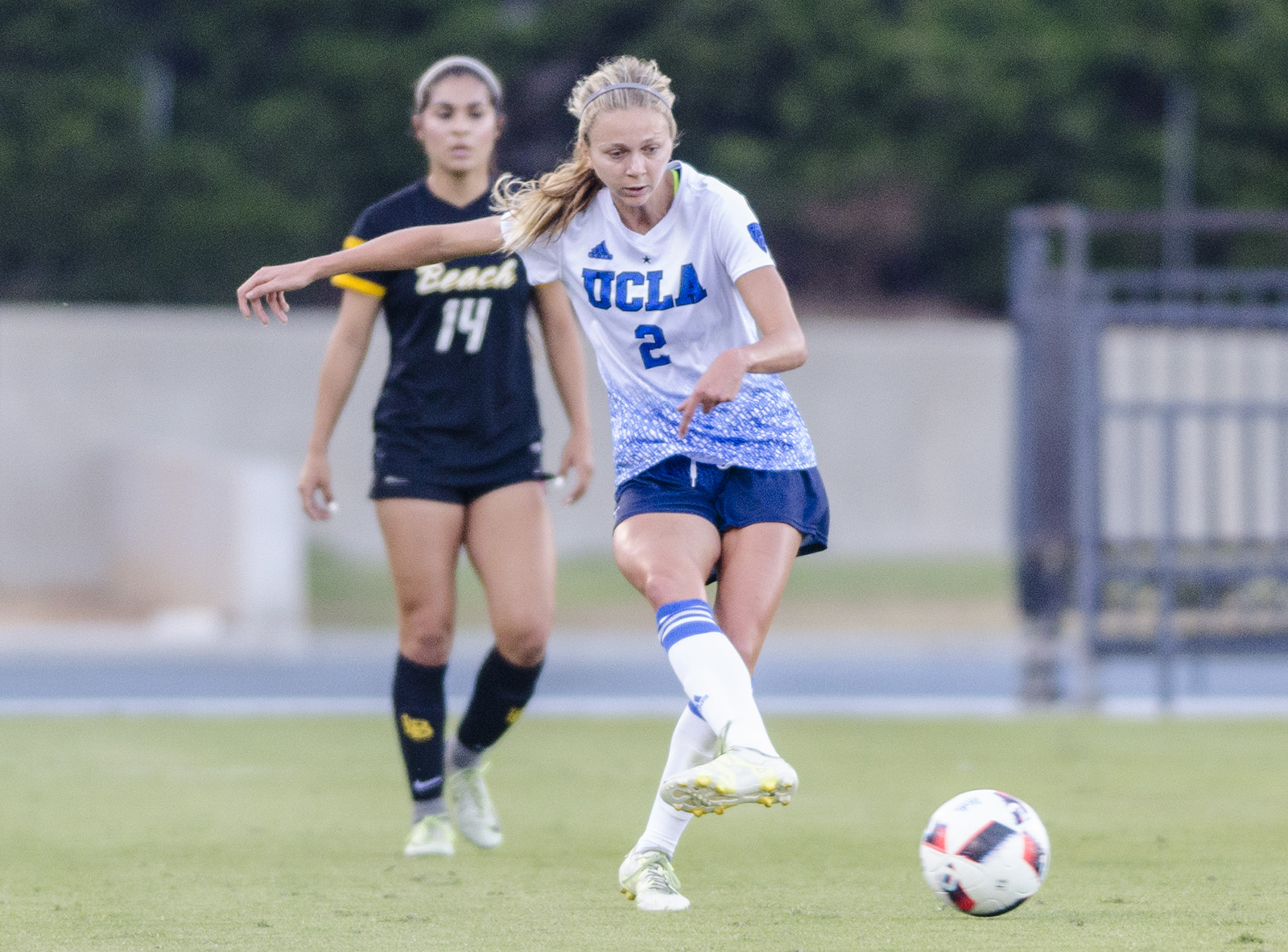 Senior midfielder Annie Alvarado said the team has been working on small details in advance of its game against No. 14 California Thursday evening. (Jintak Han/Assistant Photo editor)

It wasn’t their best game and it showed.

UCLA women’s soccer players exited Edwards Stadium in Berkeley last year frustrated from a brutal 7-0 loss to California. The Bruins lost to the Golden Bears for the first time since 2004, suffering another disappointing performance near the end of the team’s substandard year.

Thursday, the No. 7 Bruins (9-2-0, 3-0-0 Pac-12) will look for revenge while trying to extend their current six-game win streak. The No. 14 Golden Bears (10-2-0, 3-0), according to redshirt senior Courtney Proctor, have the tools to provide a formidable challenge for the hosts.

[The latest: Star forward Darian Jenkins ruled out for the season]

Cal has struggled away from home this season. Despite outscoring their opponents on the road 5-3, the Golden Bears have a 2-2 record when away from Berkeley.

Speedy forwards Arielle Ship and Ifeoma Onumonu have given defenses a fit on the pitch, scoring 13 of the team’s 25 goals combined. Each also boasts a shots-on-goal percentage higher than 50 percent.

After a rough nonconference schedule that featured numerous high-octane offenses, UCLA has become accustomed to defending against strong attack forces.

“Our back line is going to be one of the most athletic back lines (the Golden Bears) see,” said coach Amanda Cromwell. “It’s athleticism against athleticism. Then it’s trying to take away some of the ways they like to build.”

The Bruins have thrived on the offensive end the past few weeks. They scored at least two goals in five of the past six games. But the Golden Bears sport a formidable defense, ceding just five goals in 12 games this season.

To counter Cal’s stringent back line, UCLA has focused on small details this week.

“We’ve been working on decision-making when building out of the back day after day,” said senior midfielder Annie Alvarado. “We’re getting better at it, with the exception of Sunday’s game – that was just an off game all around.”

UCLA is expecting the match to attract a large crowd to Drake Stadium, something that has become common since the beginning of Pac-12 play. But while the Golden Bears may struggle against the deafening student section, the Bruins feed off the energy.

“It’s super intense and I think that’s positive for everybody,” said sophomore forward Julia Hernandez. “Lately we’ve had students come, and we are not intimidated by that. We want that.”