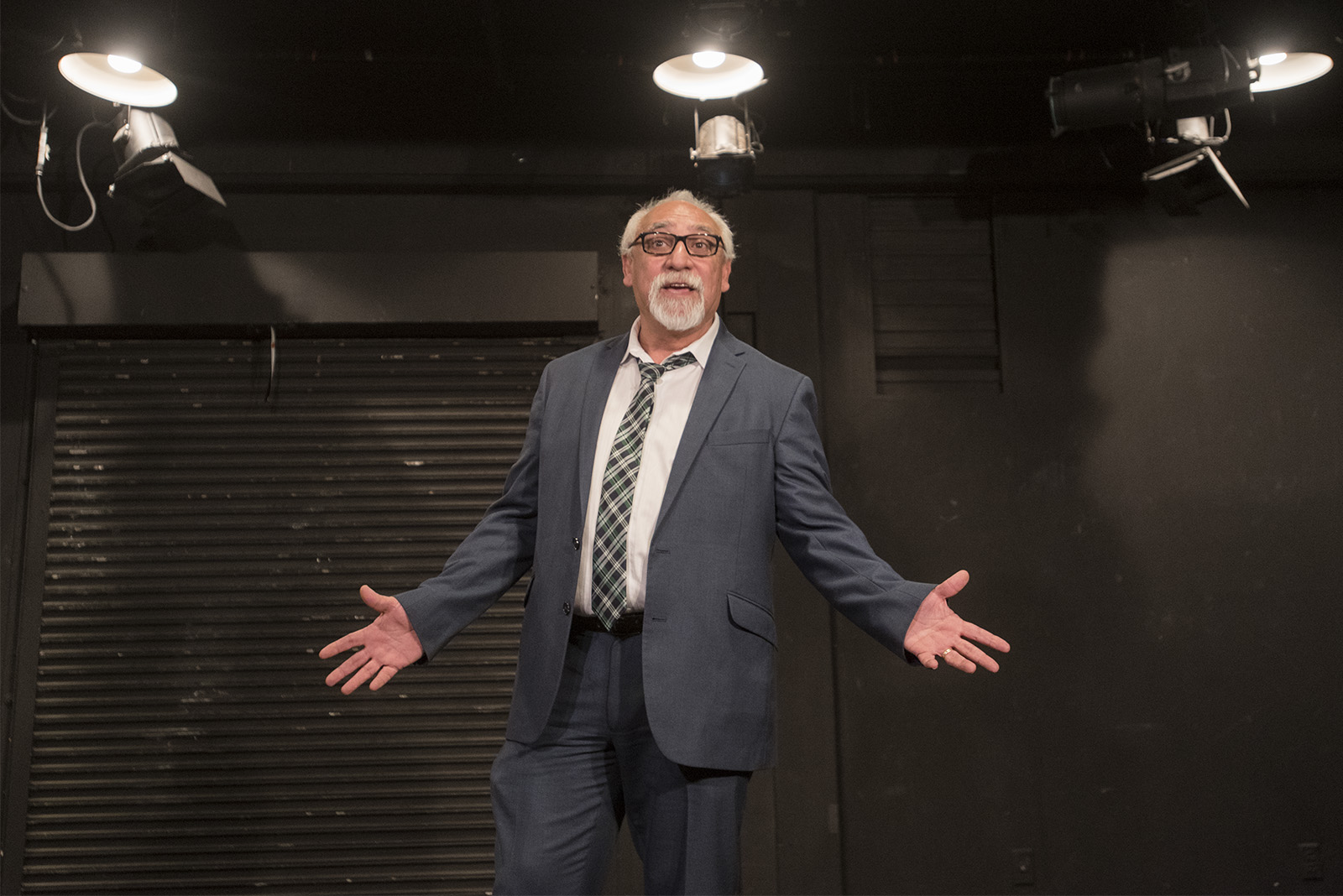 Professor Jose Luis Valenzuela directed a play about Mexican-American immigrants to challenge the idea that immigrants in America are criminals. The third part of the play suggests how traditions can be lost after moving to the U.S. (Miriam Bribiesca/Photo editor)

When Jose Luis Valenzuela was debating whether or not to join the Chicano theater movement of the 1960s, a professor asked if he wanted to make history or let it pass by him.

Nearly 50 years later, the UCLA directing professor wants to use the stage to improve the way people think about American immigrants. Valenzuela said he decided to use theater as a way to bring attention to the cultural pressures facing Latin immigrants, such as forced assimilation and military service.

Valenzuela’s latest directing effort, “A Mexican Trilogy: An American Story,” tells the story of the Morales family adjusting to United States culture after moving from Mexico. One of the reasons he said he wanted to direct the play was to use his theatrical platform to challenge the idea that immigrants in America are criminals.

It was important to explore Mexican-American immigration prior to the 2016 presidential election because the subject has been so often debated between the presidential candidates, Valenzuela said. Reflecting on such current political issues is an integral part of good theater, he added.

While the three parts of “A Mexican Trilogy” – “Faith,” “Hope” and “Charity” – were put on separately between 2011 and 2012, the current production marks the first time that playwright Evelina Fernandez’s story will be presented in its entirety. The play, produced by The Latino Theater Company, runs at the Los Angeles Theatre Center through Oct. 9.

In the play, family matriarch Esperanza Morales (Lucy Rodriguez) recounts a 100-year history from 1910, when she and husband Silvestre (Sal Lopez) fled to Arizona from war-torn Mexico, up to 2005, shortly after the death of Pope John Paul II. Valenzuela said that audiences can better understand their country’s history of immigration by watching the Morales family both assimilate and make sacrifices to the U.S. Army.

“A lot of the narrative about immigrants is that they’re rapists (and) murderers,” Valenzuela said. “This was a project to be able to talk about that, and to show people a part of history that they may not be aware of in a beautiful and theatrical way.”

Fernandez said she did not want to write another story about the dangers of crossing the border, but rather one that explored how families change as they assimilate into life in the U.S. She said that by showing the contributions the Morales family make to the U.S., she hoped to prove that Mexican-Americans are an integral part of the country’s culture.

In each of the play’s three parts, Mexican-American men serve in the U.S. Army and often do so without recognition or praise from their fellow citizens. For some immigrants, enlisting is a way to gain citizenship and ultimately avoid the threat of deportation, said UCLA alumnus Esperanza America, who plays characters Faith, Gina and Valentina.

“A lot of people don’t realize that Mexican immigrants served in a lot of the United States’ wars,” America said.

Sam Golzari, who plays grandson Rudy and great-grandson Emiliano, said watching the Morales family assimilate to life in the United States allows audience members to consider how their own families have changed throughout generations.

“As an immigrant, the first thing you want to do is homogenize. You want to become as close as you can to this new place,” said Golzari, a UCLA alumnus. “Sometimes when that happens you lose what makes you special.”

By the third part of the play, which takes place in Los Angeles in 2005, many of the traditions and beliefs that matriarch Esperanza brought to the United States, like practicing Catholicism or speaking Spanish fluently, are abandoned by her descendants. Valenzuela said that losing touch with your ancestor’s culture is often one of the byproducts of a family living in the U.S. for 100 years.

“Because we’re becoming more assimilated and Americanized, there’s a sense of borders and boundaries,” she said. “We’ve closed off as a community instead of being open, and not only as a Mexican community, but as an American community as well.”

Valenzuela said that addressing the way politicians and citizens view immigrants is an important part of good directing.

“The great theater, to me, has always been the plays that responds to the times in which they are created,” he said. “Starting an intellectual dialogue is what theater should be doing.”