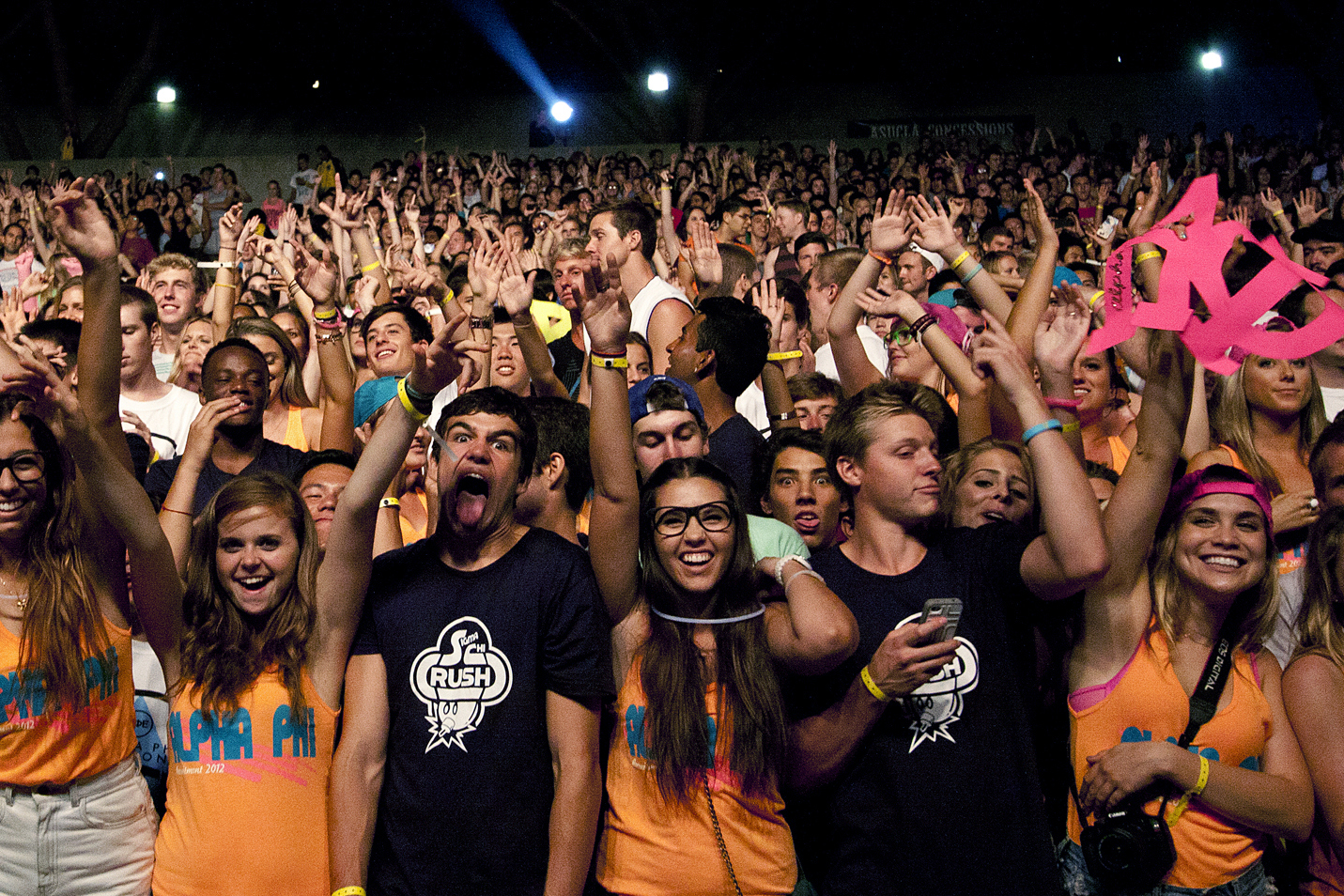 Winning a ticket to this year’s Bruin Bash will take a little bit of luck.

An online lottery opened Friday morning for the annual event that is co-hosted by the Campus Events Commission and the Cultural Affairs Commission. This year, Bruin Bash will take place in Pauley Pavilion on Monday, Sept. 19, with a maximum capacity of 10,000 people. The lottery will run between Aug. 5 and Sept. 7 through the Central Ticketing Office.

This distribution system differs from last year’s, when students had to line up the day of the event on the intramural field to receive wristbands on a first-come, first-served basis. The 2015 system was widely criticized and about five students were transported to local hospitals because of the heat.

CEC Commissioner Jordan Dang said students who enter the lottery will be notified via email a couple of weeks prior to Bruin Bash if they received a floor seat, which is the most popular section among students. These students can then pick up their guaranteed wristbands the day of the concert at any time during distribution, he said.

A second lottery will be held for students who do not win floor seats for a chance to be placed in the 100/200 section of Pauley Pavilion. Lottery winners for these sections will still be required to pick up wristbands on a first-come, first-served basis to determine whether they will be in the lower or upper section.

Dang said safety concerns from last year’s system motivated the shift to the online lottery. He said last year’s system caused excessive crowding on the intramural field because students arrived early trying to snag a wristband before they ran out.

“Because students will know their wristband is guaranteed this year, there’s not going to be the same incentive to come right when it opens,” Dang said. “If you get a floor wristband you can come at noon or you can come at 3:30 p.m. and you’re still going to get what you were promised.”

Dang said there will also be multiple ticket distribution sites this year so students will not mob one central area to pick up their wristbands. To prevent students from potentially trying to resell their tickets to other students, wristbands will be linked to students’ Bruin Cards for added security, he said.

Amy Shao, CAC commissioner, said the lottery is a return to the old system that was first implemented during Bruin Bash 2013. However, she said this year’s lottery is open much earlier than in years past to give as many students as possible the opportunity to enter.

She said the lottery will help mitigate any last-minute panicking among students.

“It gets rid of that unknown factor, since they’ll be going to the field knowing they have a ticket,” Shao said.

However, Dang said there will still be an element of uncertainty for students who win 100/200 section wristbands. Winners of this second lottery will have to pick up their wristbands on a first-come, first-served basis the day of the event to be assigned to either the 100 or 200 level seating, Dang said.

“We’re still anticipating a rush of 100/200 seating wristband winners,” Dang said. “But the base number of people who will be coming at once is going to be significantly lower.”

Dennise Garabay, a second-year psychology student, said she preferred the system from last year’s Bruin Bash because she felt she had more control over whether or not she received a wristband.

“For last year’s system, I know if I showed up earlier I could probably have gotten a better wristband,” Garabay said. “But this year it’s all up to chance if I get a wristband at all.”

Brian Kohaya, a third-year psychology student who formerly worked for CAC, said he thinks this year’s lottery system will prevent the chaos of the crowds he witnessed last year when he was working as a wristband distributor.

“We had staff members holding hands trying to build a human shield to try to control the crowd,” he said. “I don’t see that happening again this year.”

Kohaya said another benefit of notifying lottery winners in advance is that students will not have to wait in line for hours and risk leaving empty-handed. Last year, he said tickets ran out around 4 p.m., a full hour before distribution was scheduled to end.

“We had to turn people away who’d been waiting in line for three hours in the heat,” Kohaya said.

Shao said the lottery system will also make Bruin Bash more accessible to commuter students who could not travel to campus early enough to line up for a wristband before they ran out last year.

“We’re trying to be more inclusive and take all student needs into consideration with this year’s system,” Shao said.