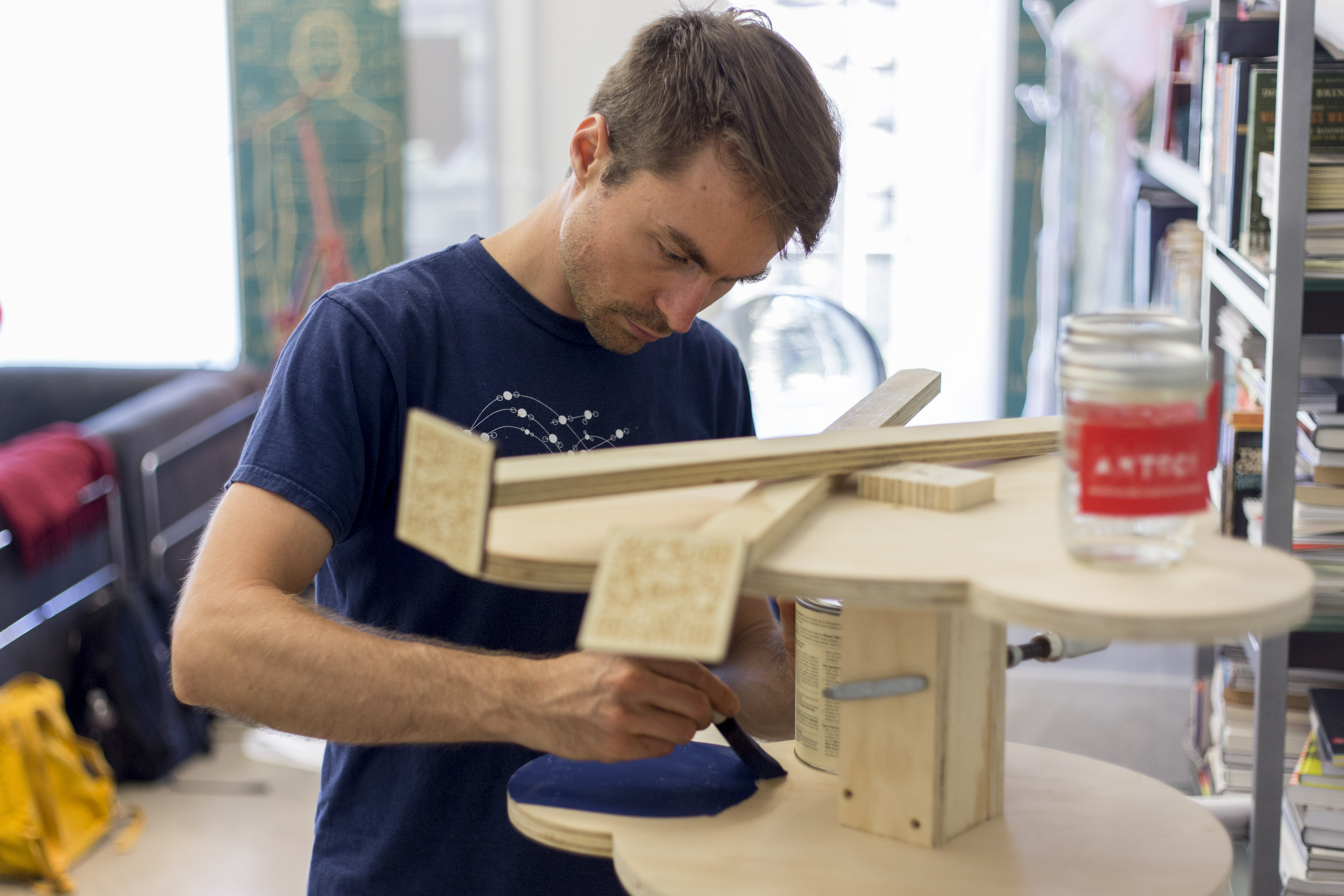 An enormous plastic dome covered a directional mic and a set of headphones by the watershed in the middle of Del Rey Lagoon Park on Tuesday.

The audience members approached the installation one by one, putting on headphones to hear bird songs and then mimicking the sounds into microphones. A computer calculated the accuracy of the audience member’s rendition of the bird song. Most people got an accuracy level of around 30 percent, while others scored less than five percent.

The birdsong exhibit was the first of UCLA Art | Sci Collective’s events this summer as a part of “Current:LA,” a biannual art exhibition highlighting a different theme each year. The theme for this year is water. Last week’s “Birdsong Diamond Wetlands” event at Del Rey Lagoon Park and the upcoming “Water Canning” event at Westside Neighborhood Park celebrate the utility and the importance of sustainability of local bodies of water, said Mick Lorusso, exhibition and program manager.

The center presents science and art in a meaningful way by participating in events like “Current:LA,” said Victoria Vesna, UCLA professor and founder of UCLA Art | Sci Center. Vesna said her passion for nature conservation motivated her to be involved in these interdisciplinary projects.

“I feel the separation of art and science is really detrimental,” Vesna said. “These two should be merged into a ‘Third Culture’ to involve everybody.”

The birdsong exhibit is based on long-term research by UCLA professor and evolutionary biologist Charles Taylor. At the program’s launch Tuesday, Taylor began the event with a lecture about communication among wetland birds, introducing the rock pigeon and rose-ringed parakeet and explaining how their tunes communicate different meanings.

It is important to understand what different bird songs mean in order to understand birds’ needs and ways to conserve these birds, said Dawn Faelnar, the creative director of the Art | Sci Collective. She said this particular project was about wetland birds whose food and habitat depend on water.

Faelner got involved in the projects as she feels passionate about merging art and science to get more people attached to a cause, she said.

“There were people in the audience who went there for the event and there were others who were at the park and participated out of curiosity,” Faelnar said. “It generated the kind of community involvement we were aiming for.”

Lorusso said the California drought inspired the theme for this year’s public art biennial. The projects of UCLA Art | Sci Collective are about raising consciousness about ecosystems surrounding water and the importance of freshwater, Lorusso said.

Audiences will become more aware of the long-term consequences of water contamination and learn to value water more profoundly, he said.

“We’re trying to raise consciousness about clean freshwater through a sense of responsibility and respect towards the role of water in our lives,” Lorusso said.

Vesna said we are all emotionally connected to at least one water body – a local river or sea. If each audience member made an effort to preserve that water body, we can bring a positive change globally, she said.

“Water can be seen as a metaphor for a collective global consciousness,” Vesna said. “One project is like a drop of water in the collection of works that deal with similar issues around the globe.”

In the upcoming demonstrations for “Current:LA,” UCLA Art | Sci Collective will present “Water Canning” and “Birdsong Diamond Wetlands.” The audience of the “Water Canning” event will create a water molecule sculpture out of the jars after hearing a lecture by Olivia Osborne, a postdoctoral scholar at UCLA who researched the detrimental effects of pollution on aquatic life, Lorusso said.

Osborne said water bodies like the Los Angeles River and the Ballona Creek watershed are spaces for raising a lot of environmental concerns, such as pollution and wildlife, all at once.

“These two projects by UCLA Art | Sci Collective will make people think about water in a different light,” Osborne said. “Open spaces and a river will not only attract flora and fauna, but (will tighten) the community together.”