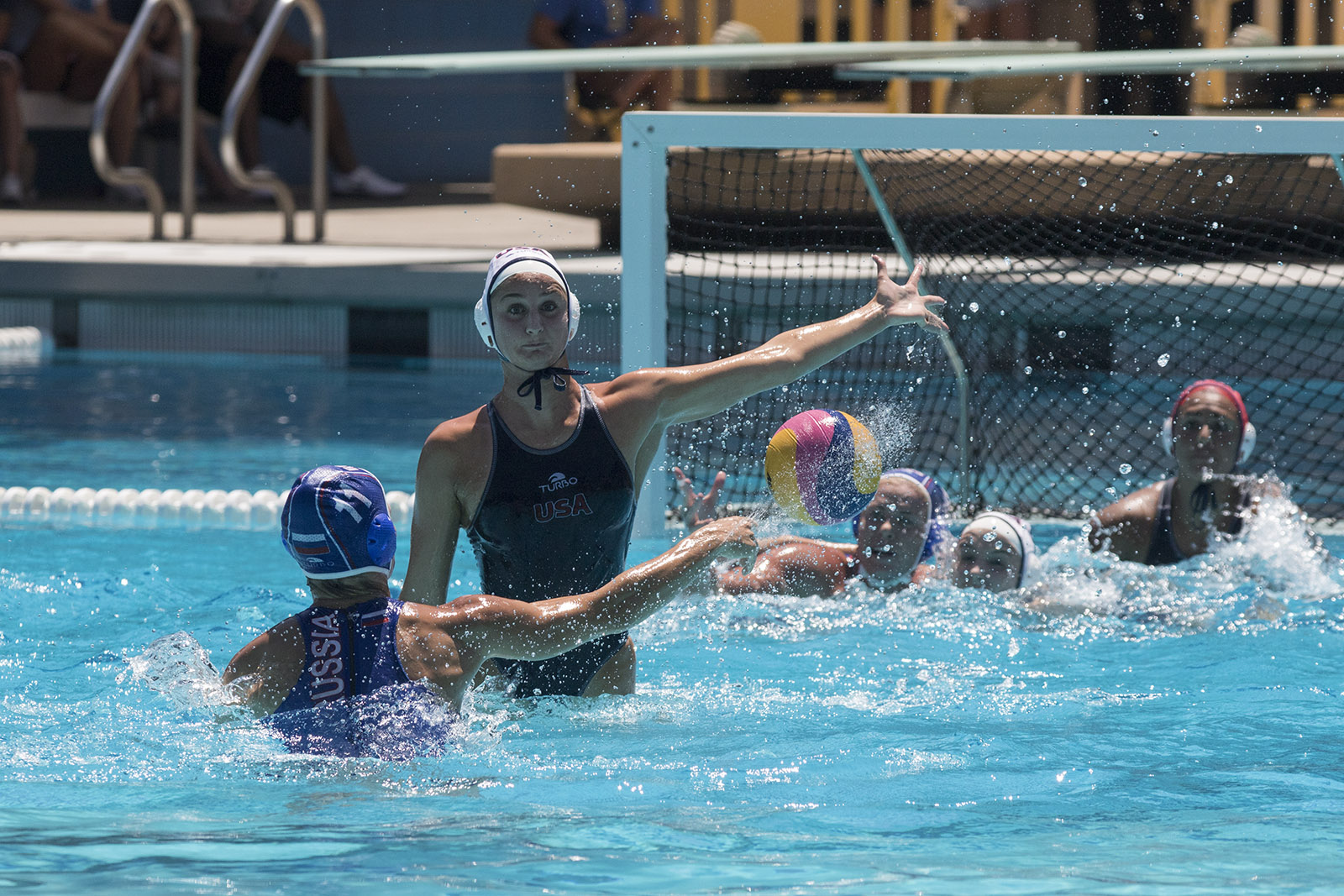 Incoming freshman Maddie Musselman hasn’t played for the Bruins yet, but she got a chance to represent Team USA at the Spieker Aquatics Center Sunday. (Ken Shin/Daily Bruin)

“They seemed a little bit better today than they did last time,” Krikorian said. “I’m sure it’s been very exhausting for them. I can’t imagine being in their situation. I think that’s a really difficult situation to be in.”

The International Olympic Committee announced that it was not going to blanket ban the Russian delegation from the 2016 Summer Olympic Games in Rio de Janeiro, a proposal that many had called for. Instead, the IOC opted to leave suspensions up to the individual sports federations.

In the case of Russian water polo, its fate lies in the hands of Federation Internationale de Natation, the governing body of international water polo, swimming, diving, synchronized swimming and open water swimming. Krikorian said he doesn’t expect the men’s or women’s team to miss the Olympics.

“I don’t think they will be banned, I’ll be surprised if they are,” he said. “But at the same time, we don’t know.”

The sanctions that were imposed on Russia were caused by systematic cheating and doping dating all the way back to the 2014 Winter Olympics in Sochi, Russia. Krikorian doesn’t think the Russian water polo team will miss the games because doping generally doesn’t happen much in water polo.

“It’s very rare in our sport,” Krikorian said. “These people aren’t making a lot of money doing what they do, playing the sport that we play.”

After FINA weighs its final decision down on the Russian team, an independent arbitrator will review it before August 5, the day of the opening ceremony.

As for the match, USA cruised to a 15-7 victory – its third win over Russia this year. Incoming UCLA freshman Maddie Musselman led the team with four goals, three of which came on power plays.

Team USA will travel to Stanford on Wednesday, July 27 to play Russia one last time before both teams travel to Rio for the Games.