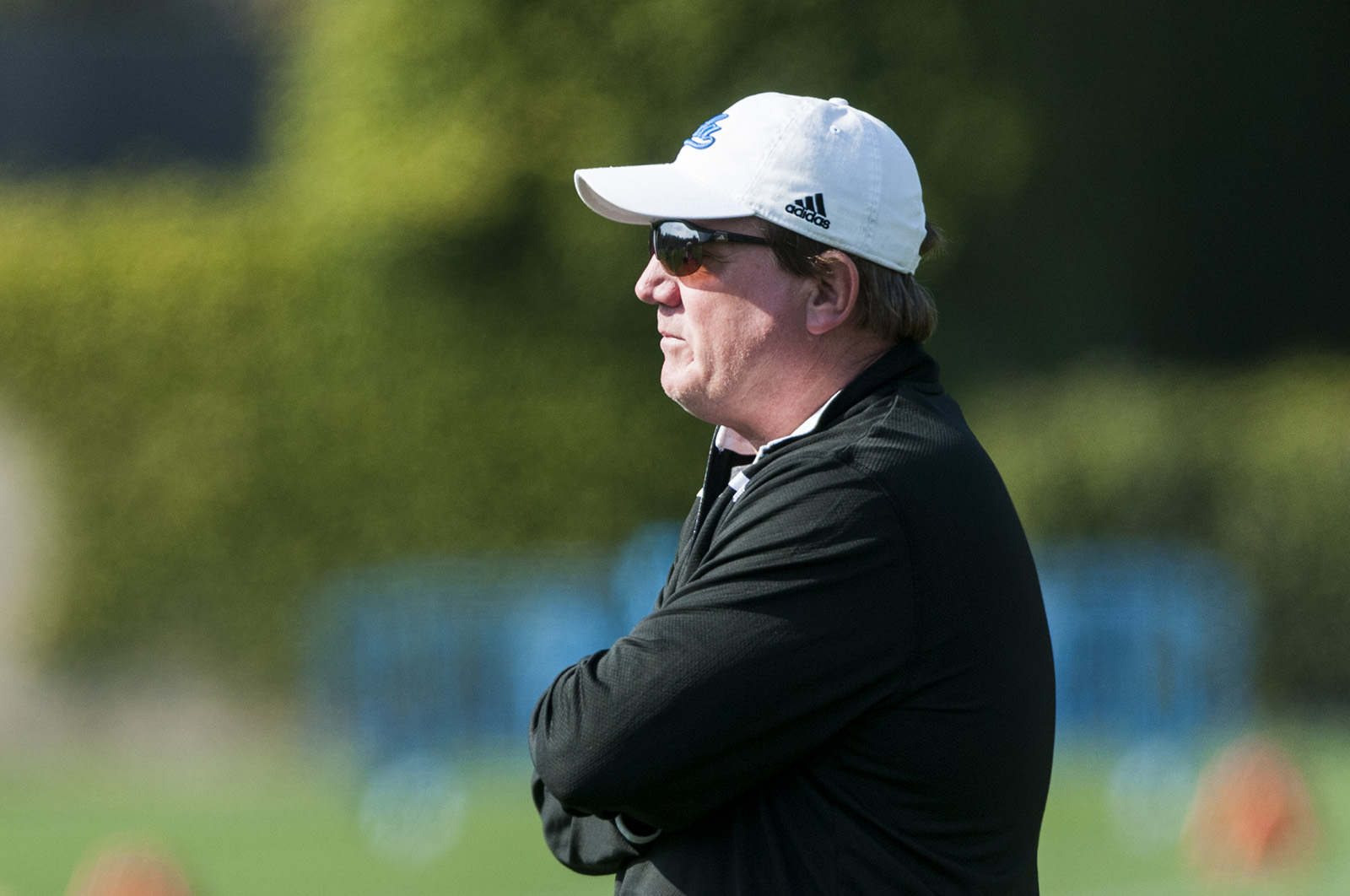 I covered football for six months at the beginning of last school year. Before that, I worked the men’s volleyball beat for two years, with some men’s water polo and soccer in the mix. If I had to take all the experiences I had and boil them down to one lesson it would be this: Winning is important.

At large institutions such as UCLA, winning means a lot of things. It means more national exposure, better recruiting of highly-touted high school athletes and more money. Winning keeps people employed, helps feed employee’s families and even helps academic enrollment in some cases. Winning is also, of course, the point of sports.

Bradley was a player for Joe Paterno’s record-setting Penn State football team from 1975 to 1978. Before UCLA, almost his entire life was Nittany Lions football. He joined the coaching staff as a graduate assistant in 1979 before moving up the ranks, eventually taking over as interim head coach when Paterno was suspended for his role in covering up Sandusky’s crimes in 2011.

Bradley was born and raised in Paterno’s system. He knew better than anyone how to win at all costs.

In a statement released Tuesday, Bradley maintained that he knew nothing. But Paterno knew. Penn State officials knew. Bradley replaced Sandusky as defensive coordinator. He was as deeply ingrained as anyone in that program. And now one of the chief witnesses in the case, Mike McQueary, has said Bradley was aware of the abuse. But we’re supposed to believe he didn’t know?

I know Tom Bradley. He always made a big show out of taking his hat off if I was in the scrum, “for the lady.” I’ve shaken his hand, asked him questions and listened to him take the blame for certain losses.

I never knew about his hand in the biggest loss of all, until today.

That loss is one of innocence, one of safety, one of trust. The loss of 10 childhoods. The loss of a certain sanctity of sports in which I used to naively believe.

Sandusky’s crimes are sickening, but Bradley’s actions are revolting.

Silence has the potential to be deafening and Bradley’s refusal to speak was exactly that. He watched as renowned coaches and university officials lost their jobs and their reputations – rightfully so – and pretended to know nothing of it, when he was just as guilty. He continued coaching, continued his silence, continued his compliance.

I covered him. I praised him. I lauded UCLA’s hiring of him. And now I feel complicit too. Complicit in this seemingly morally corrupt college football winning machine.

Bradley has a pretty impressive coaching career. He led a Penn State defense that ranked in the nation’s top-20, spent 32 years at Penn State and signed a $1 million contract with UCLA last year. I say that not to compliment him, but to point out the only number that actually matters: 10. Jerry Sandusky was convicted of 52 counts of molestation, abusing 10 boys over 15 years.

I used to think sports were about heroes – athletes and individuals who rose above themselves to inspire others. I was wrong.

It’s about winning. Winning at all costs.