Rush-Hour Respite: A trip to the Getty Villa 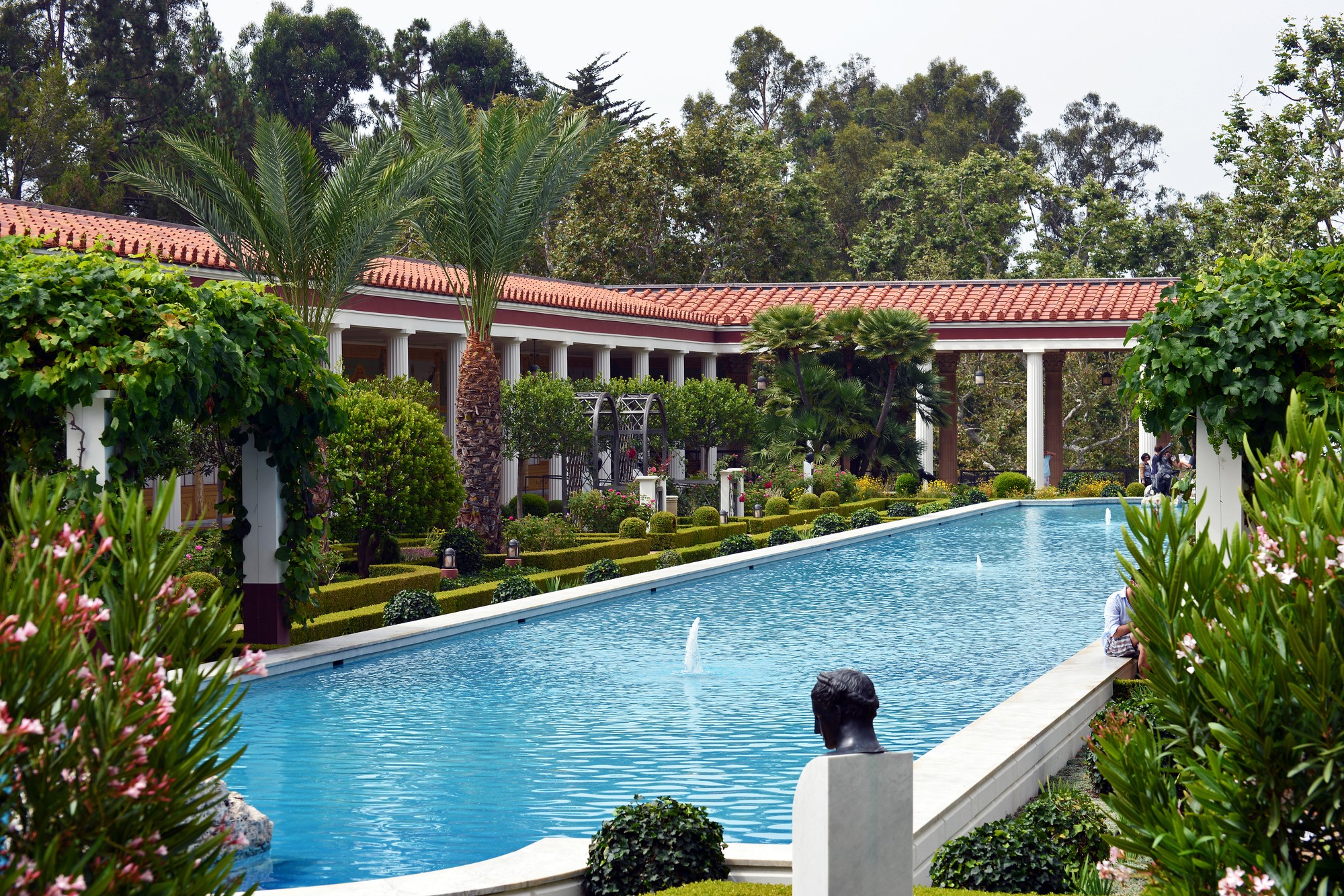 The Getty Villa is a popular Malibu destination, both for the art and the events held there. (Creative Commons photo by Harvey Barrison via Flickr)

As all UCLA commuters know, two o’clock is the point of no return when leaving campus. We plan our schedules around it as best we can, but if our classes run too late, we know we’re looking at a painful drive home.

Instead of wasting two to three hours sitting in rush hour traffic getting back to South Bay this summer, I’ve opted to find a better return from my time. Going to school in LA is both a blessing (for the most part) and a curse (in small part), but if you look for ways to manage your time properly, the bane of traffic doesn’t have to ruin the experience.

It was my first day of summer classes. Wrapping up mid-afternoon leaves me the rest of the day to occupy at my leisure, that is, as long as I don’t try to drive home. If I did head home around 4 p.m., I’d expect to arrive around 7 p.m. That just seems like a waste. Thankfully, I had signed up last week for an event at the Getty Villa.

Before coming to the event, I’d glanced at photos of the Getty Villa online and was astonished by how beautiful it looked. My friend had warned me ahead of time not to expect the fountains to be running, because of the drought, and she was right. Still, walking around the grounds and gardens was so wonderful, I nearly missed my opportunity to spend a few minutes in the exhibits before the talk titled “How Does Democracy Survive Demagoguery?” began.

Around 7:15 p.m. they seated us, and shortly after, the speakers were presented. The three professors discussed the historical relevance of demagoguery to what we see today, particularly in our current election cycle. There was, of course, one figure in particular they were focused on. They did agree, however, that Donald Trump was not the only demagogue in the race, and in fact, Bernie Sanders, with his inspiring message of hope, had also tapped his own segment of the populace.

During the Q&A session, someone argued that Hillary Clinton should also have been mentioned as being a demagogue, citing the fear tactics she’d used recently to scare voters into thinking she could save them from some threat to their stock portfolio.

The speakers smiled politely. One speaker responded that clear differences could be seen between her and the other candidates who’d been named demagogues. For one, she lacks the same powerful convictions. She doesn’t speak nearly as passionately nor persuasively as the others. You can see it in her following too. There is no revolution to be had with Hillary Clinton – she’s moderate through and through. Clearly, she was not the sort of politician we were talking about, and fear tactics are used across the board.

The verdict of the talk was that demagoguery is an inherent part of democracy. It arises when people have the freedom to choose their leaders, the people who will speak for them. This freedom comes at a cost, though. It can be manipulated and exploited by skillful orators who are more interested in garnering a cult of personality around themselves than serving the interests of the people they claim to represent.

After the panel ended, we had a little reception with pastries and coffee. The attendees were allowed to explore the museum until 10 p.m., though everyone else had slowly disappeared before then. You really need hours, days even, to fully appreciate all the relics you have in front of you at the Getty Villa, so I stayed until they told me to go. Walking back to my car a little after 10 p.m., I mused for a moment about whether or not I could get away with hiding in the gardens so I could stay overnight.

It’s a good thing I didn’t try. The parking attendant was waiting for me at my car, the last one in the lot. There was no traffic on the drive home, just cool air and a lot to think about.