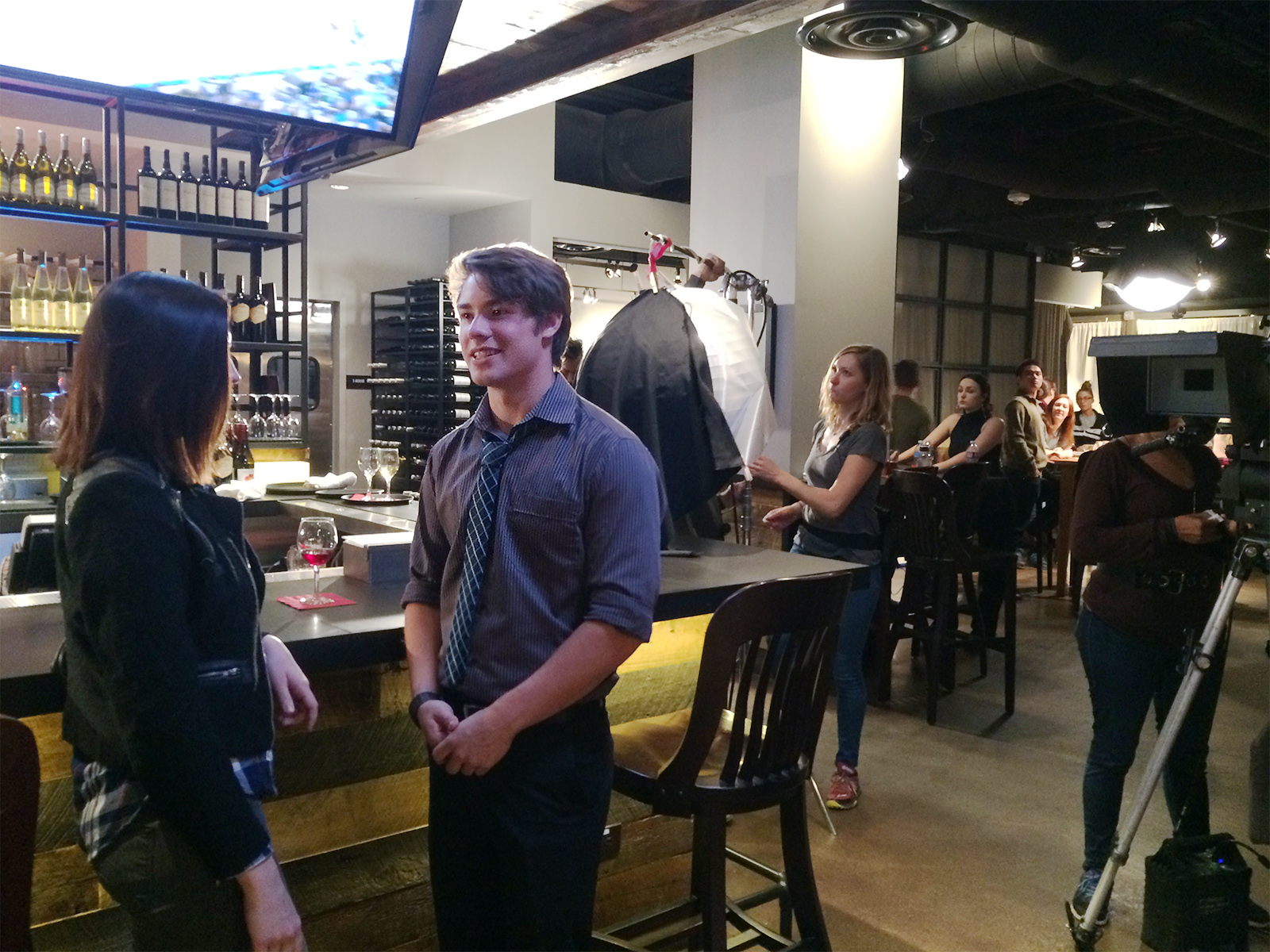 Student extras, like first-year psychology student Keegan Hawkins, were offered extra credit to act in the TV show “Sanity,” which featured their film teaching assistant as the lead actor. (Courtesy of Keegan Hawkins)

Student therapists and student patients met at the UCLA university counseling center, where the therapist learned the patient’s deepest secrets during the therapy sessions – in the TV show “Sanity.”

“Sanity” is about five marriage and family therapy, or MFT, students learning to deal with issues inside and outside the therapy room, said graduate student Andrea Massaro, the producer of the show. The show will be screened Wednesday at 10:15 a.m. at the Darren Star Screening Room in UCLA.

“Sanity” was produced as a collaborative class project between different departments in the UCLA School of Theater, Film and Television. Three 18-minute episodes were shot and the show is currently in post-production, she said. The psych-med school procedural show focuses on the intersection between patients and therapists in an educational setting, which encompasses the problems and the complications of being a MFT student, Massaro said.

“Sanity” wasn’t produced for any network, cable or streaming service. It’s strictly a class project and will be shown in class only, Massaro said.

“The class was designed to mimic the production techniques of a typical TV production in the professional world,” said Mark Rosman, the directing instructor of the class.

Almost all the cast and crew members were UCLA students, except for sound, hair, makeup and steady cam, Massaro said.

Stevens and some others were cast as the psychologists while the rest of the class were cast as patients. The patient characters are inflicted with a range of conditions such as schizophrenia and Munchausen syndrome by proxy, or MSbP, Stevens said.

“Sanity” is treated as a medical procedural TV show like “Grey’s Anatomy,” but the show treats the human psyche as a mystery. The therapist characters need to decode these mysteries as quickly and respectfully as they can, Stevens said.

Filming all three episodes took the team four three-day weekends, 12 hours per day, Rosman said. Eighty percent of shooting was done on set. They built a reception, lobby, two therapy rooms, a hallway and a coffee area. The production team of “Sanity” shot in Sound Stage 1, 2 and 3 in Melnitz Hall, outside of Haines Hall and at Wolfgang Puck Express, said Keegan Hawkins, a first-year psychology student, an extra on the show.

Though Stevens, a teaching assistant for Hawkins’ acting class, offered extra credit to students who worked as an extra on the show, Hawkins volunteered out of his personal interest to see how a show is put together, he said.