Student plays bagpipes at Janss Steps after lifting of lockdown 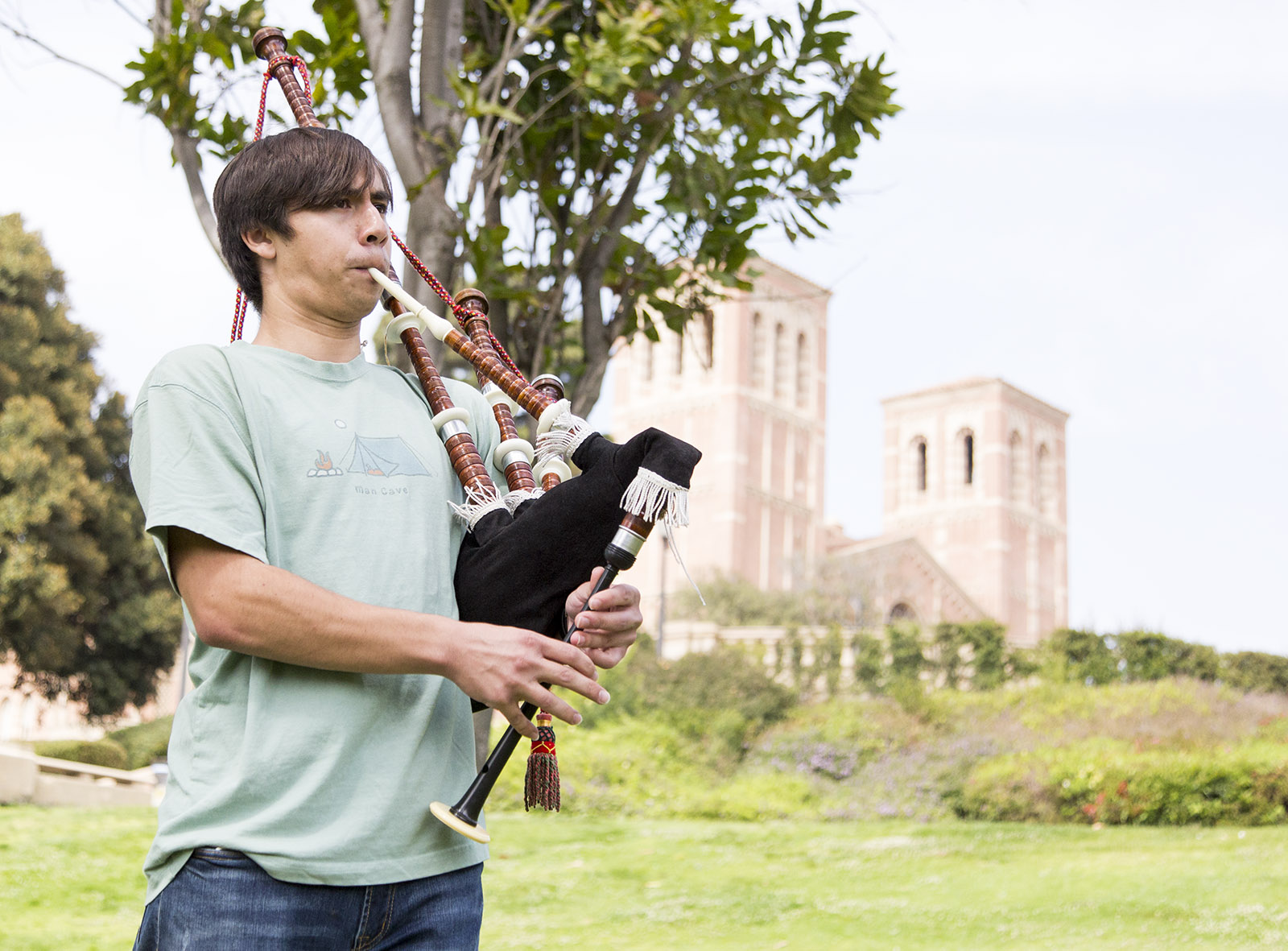 Andrew Pietersen spent the morning hiding at Bruin Buzz in Ackerman Union during the UCLA lockdown.

In the afternoon after the lockdown was lifted, he grabbed his bagpipes from his apartment and began performing the Scottish instrument on the hill by Janss Steps.

The third-year bioengineering student inherited the bagpipes from his grandfather in 2004 after he died of colon cancer the year before. Although Pietersen said he doesn’t have trained technical skills on the instrument, he practices every few months on campus, performing for family members and during Cru’s open mic nights.

Pietersen said he decided to perform on the grassy hill Wednesday afternoon due to the shooting. Since he is a Christian, he said a lot of his bagpipe music are hymns.

“My faith is a real comfort to me during times like this,” he said.

Pietersen hopes to comfort listeners after the tragedy.

“People handle it in different ways,” he said. “The way I do is through music.”