JazzReggae Festival returns to its intimate roots for 30th anniversary 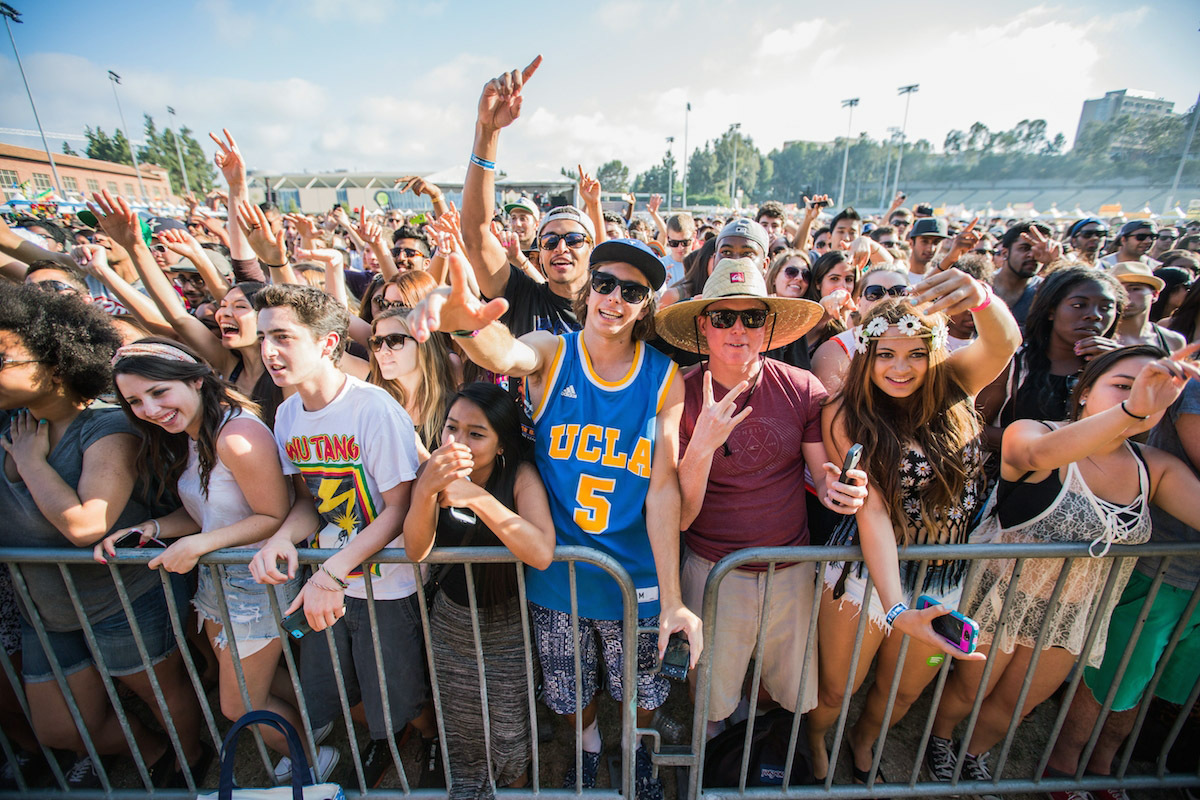 In its 30th anniversary, JazzReggae Festival, put on by the Cultural Affairs Commission, will take place Monday in its original location, the Sunset Canyon Recreation Center. The event was downsized this year due to funding cuts. (Daily Bruin file photo)

By Sarah Ahern and Kayla Hausmann

Malia Smith and her Uber driver exchanged the usual small talk as the car hurtled east along Sunset Boulevard, away from UCLA.

But when her driver mentioned JazzReggae Festival, Smith, a third-year global studies student and the event’s director of marketing, froze at the coincidence. Her driver recounted stories of sitting on the grass of UCLA’s Intramural Playing Fields on picnic blankets for the festival, an event he frequented with friends as a young man. She assured him while the intramural fields were now covered in turf, the festival would continue this year on the grassy lawns of Sunset Canyon Recreation Center.

The JazzReggae Festival will see its 30th anniversary this year. Cultural Affairs Commission is taking the festival back to its origins to its original location of UCLA’s Sunset Canyon Recreation Center because of cuts in the event’s budget. The festival will feature a balance of student and professional performers, which has elicited both anticipation and disappointment from festival attendees.

The event, originally called Jazz Fest, was first held in 1986 and showcased a collection of jazz musicians at Sunset Canyon Recreation Center. The festival has evolved throughout the years to include both reggae and jazz music.

Tia Fung, a second-year international development studies student and the press director for JRF, said CAC reimagined the event in 2015 to appeal to more students, showcasing contemporary artists such as Portugal. The Man and Wale. She said 2015 marked the most radical stylistic transition in JazzReggae Festival history with the festival’s move from the intramural fields to the Los Angeles Tennis Center. Fung said this year’s festival will instead feature jazz and reggae artists.

Smith grew up listening to reggae with friends and family on her island home Oahu, splashing in the waters of Kailua Beach Park. She said upon coming to UCLA, she appreciated the festival’s ability to unite students like herself with members of the greater Los Angeles reggae community.

“You’re bringing in people to campus who otherwise students would never get a chance to interact with,” Smith said. “So there’s that factor of cultural enrichment that I think makes the festival really special, or at least really special to me.”

In addition to music lovers, the festival brings arts and crafts vendors from the city onto campus. Quinn Miller, a fourth-year communication studies student, said each year she enjoys browsing the handmade African-inspired crafts showcased by vendors from the Los Angeles area.

Miller said the festival’s promotion of local vendors and emphasis on maintaining sustainable practices created a tangible sense of community. In years past, the tight space on the intramural fields provided a central venue that kept all craft sellers, food vendors and stages in a close-knit and accessible location.

However, Miller said the Los Angeles Tennis Center did not provide the same intimate environment during last year’s festival because the vendors were not in the same location as the stage. Smith said a vendor village was constructed near the second stage, connected to the main stage by a pathway.

With the festival’s return to Sunset Rec this year, Miller said she thinks the disjointed aura of last year’s event will be replaced by a more intimate community of festivalgoers. She added that the return to the grassy fields of the recreation center will provide an enclosed venue where people, vendors and performers will be in a more centralized location.

However, other student attendees have expressed skepticism about the downsizing of the event as a result of the financial cuts, which have forced the festival to change venues. While there will be fewer tickets available in order to create a more intimate vibe, Fung said they will also be less expensive.

Navy Binning, a UCLA alumna, said she was disappointed to hear the festival was being downsized because it is such a large event that is significant to UCLA campus culture.

“The whole vibe and spirit of the big JazzReggae fest is carefree and relaxed, and that’s conducive to students’ overall morale with students being so stressed out,” Binning said. “I think with the downsizing that is being lost a little bit.”

There has been speculation on whether the festival will continue next year. CAC Commissioner Amy Shao said while she would like to see the event continue, its future depends on current and prospective CAC staff.

Despite the contrasting responses from festivalgoers, Smith said she is confident this year’s changes will only continue to build onto three decades of JRF tradition, bringing the festival full circle with its return to Sunset Rec.

“In a lot of ways, this year represents the festival moving forward while also trying retain all of the things that have made it so special from the beginning,” Smith said.