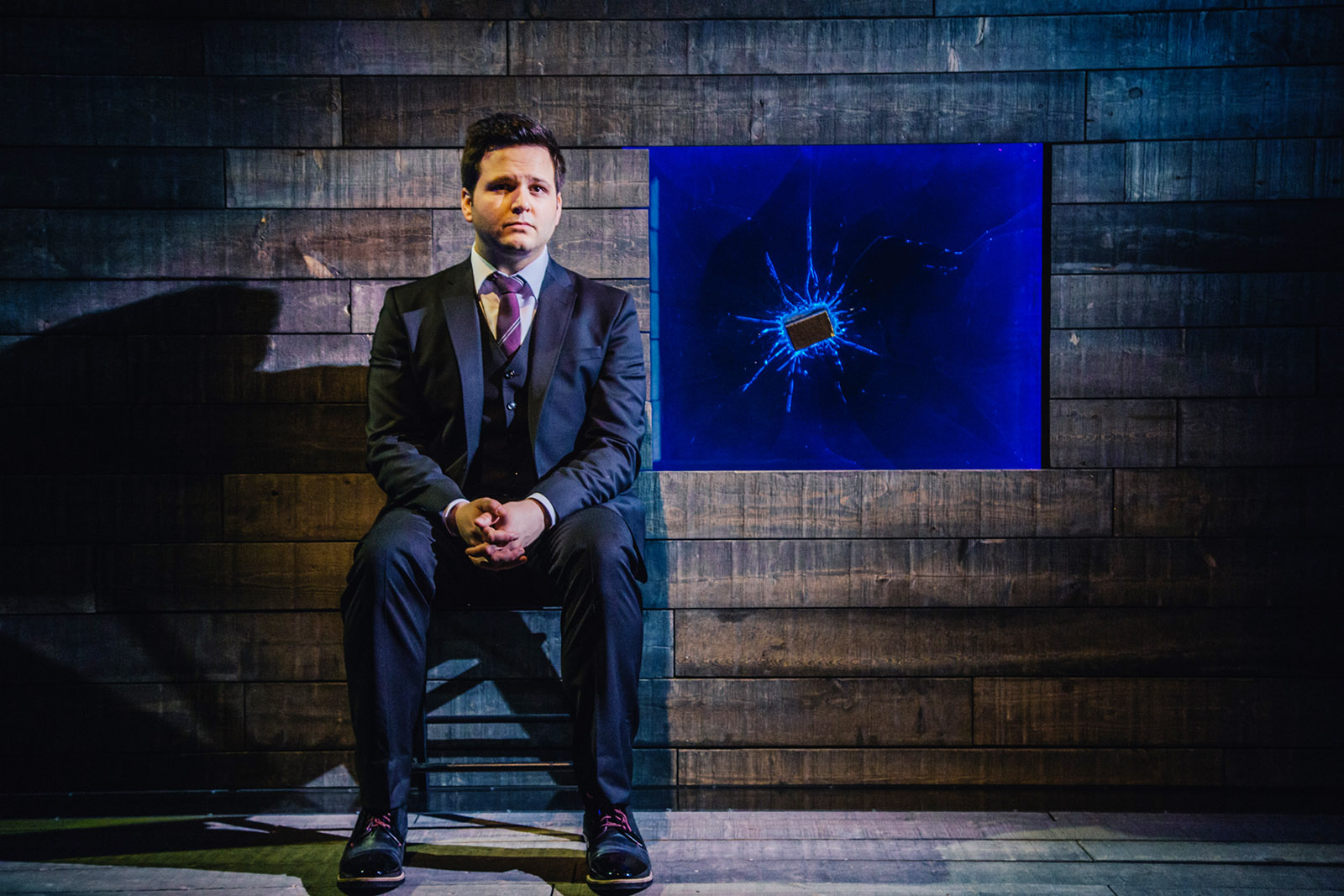 Nothing is as it seems and hardly anyone is who they say they are. The man sitting next to me is a wizard, the woman in the front row is an exotic dancer and Derek DelGaudio is the daring “roulettista.”

“In & Of Itself,” which opened last Friday at the Geffen Playhouse, is magician DelGaudio’s latest illusion-based performance and is very difficult to critique without giving too much away.

The performance is comprised of a series of stories which DelGaudio recounts, connects and resolves using wordplay and illusions.

Some stories thrill and send shivers down the audience’s spine, like the story of the “roulettista” who wins multiple times at Russian roulette, while others feel like a bemusing non sequitur to lead DelGaudio to his next trick.

DelGaudio intrigues the audience even before the lights come up. As each person enters the lobby in front of the theater, they are asked to select a card which best describes them from a large wall. The cards are arranged alphabetically and divided into two, with the top part reading “I AM,” followed below by a profession, hobby or other way of identifying oneself.

Some people chose to be fanciful or humorous, imagining themselves as wizards, exotic dancers or sensual lovers, while others, like myself, chose something a little closer to the truth. Mine read “I AM a journalist.”

In a way, the magic of “In & Of Itself” is less about the tricks and reveals but more about what it makes the viewer contemplate. DelGaudio’s questions and stories worm their way into the audience members’ minds, and make them if what they are seeing is real.

As DelGaudio wanders around the stage, meandering from story to story, his monologue feels improvised. But each tale is carefully illustrated or associated to one of six illuminated boxes, sunken into the back wall of the set.

DelGaudio reaches into each box, draws a story from his life and then performs a magic trick or illusion to illustrate it.

The story of the “roulettista” and how he cheated death is a haunting highlight of the performance, as DelGaudio announces with plaintive string sound effects that he himself is the “roulettista.”

The story of DelGaudio’s parents’ is the most affecting. Having sat down beside a tableau containing a brick suspended in a shattered pane of glass, DelGaudio recounts his parents’ divorce. He tells of the time he found out his mom was gay and how he had to move houses and learn to hide his mother’s pride in the face of intolerance from the local community.

The brick is a solemn reminder of the time picketers threw projectiles through the windows of DelGaudio’s house, left a bible on his doorstep and told their children not to befriend him because his mom was gay.

The tale of the wolves and the dogs, however, doesn’t achieve the same level of transcendence. Although entertaining, the story feels like an excuse for DelGaudio to show off his prodigious card manipulation skills which detract from the overall introspective magic of the show.

In spite of the card trick digression, “In & Of Itself” is like nothing I have ever seen before. There are moments in the show where the audience produces the same “oohs” and “aahs” they would seeing a magician pull a rabbit out of a hat or saw a volunteer in half.

But “In & Of Itself” doesn’t only leave the audience with their mouths gaping, it also leaves them questioning their perception of DelGaudio, themselves and of everybody they will ever meet.

I exited the theater with questions flying around my head. Am I really a journalist? Is this how I want everyone to see me? Was the old woman in the second row really a sensual lover? Actually, I’m not sure if I want to know the answer to the last one.