Claire-ification: NFL must do more to help troubled Johnny Manziel 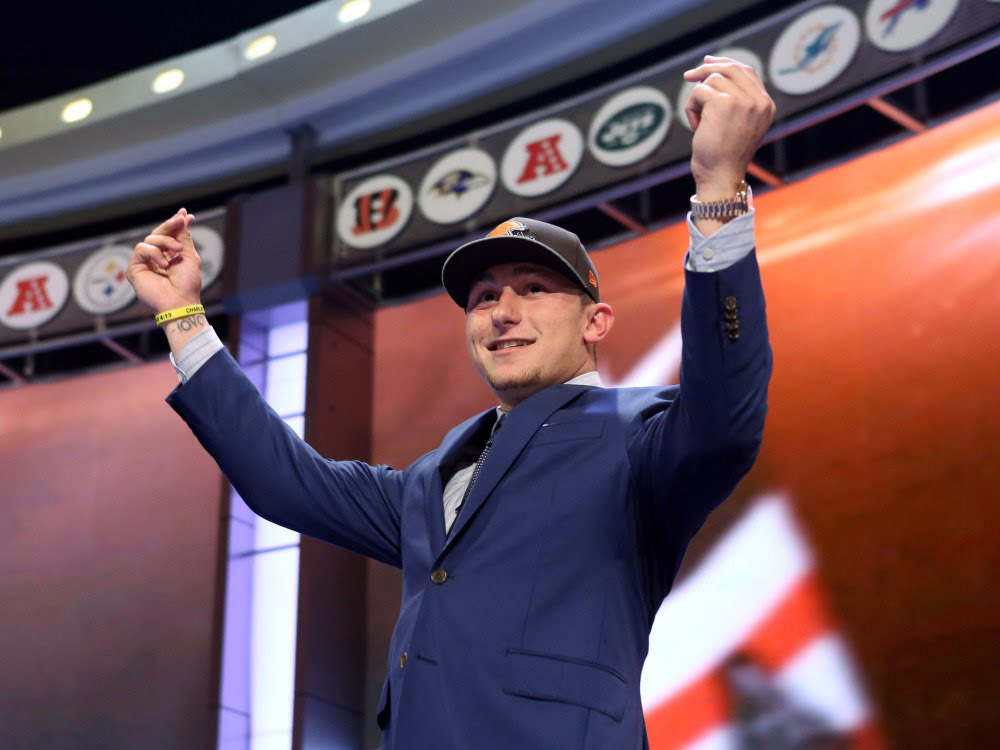 The original version of this article failed ​to attribute a claim about Johnny Manziel to an affidavit his girlfriend filed in court.

The kid smirks in his mugshot like a high school senior who got pulled over on the way to prom. Except with this kid, the police aren’t crashing a one-night party – they’re intervening in a yearslong bender.

Former Cleveland Browns quarterback Johnny Manziel turned himself in last week for domestic assault charges stemming from a January altercation with his ex-girlfriend in a Dallas hotel. This comes after a year of professional failure and personal turmoil punctuated by high-profile parties and headline-making arrests.

Manziel is an extreme, there’s no doubt about that. But we all know kids just like him – the ones that were always just a little out-of-control, to whom no rules seemed to apply. Manziel’s issues are easy to identify, because he doesn’t hide them. He’s the guy that flips off the opposing team mid-game, the one who’s accused of trashing rental houses and gets photographed publicly intoxicated after leaving rehab.

No, Manziel isn’t hiding from us – but the NFL sure is hiding from him. The Browns released their embattled quarterback March 11, just over a month after Manziel’s agent, Erik Burkhardt, dropped him as a client. Instead of helping him, the league and the Browns organization tried to ignore the problem. Now, they’re trying to simply wash their hands of him.

The red flags sprung up early for Manziel. During his redshirt freshman season at Texas A&M, the quarterback was arrested for disorderly conduct and posessing a fake ID, among other charges. Regardless, Manziel was awarded the Heisman trophy six months later – the first freshman to take the prestigious prize.

Following a sophomore season that saw him serve a half-game suspension from the NCAA, Manziel entered the 2014 NFL Draft, where he was selected 22nd overall by the Browns.

So the NFL knew what it was getting into, drafting a troubled kid into their league. But the league did nothing to stop the inevitable. Manziel was in trouble before his rookie season even started – photographed in a bathroom rolling up a $20 bill and partying hard in College Station, Texas, and Las Vegas.

This wasn’t just harmless “kid stuff.” Manziel exhibited violent tendencies when drunk and often got into altercations when out on the town. He wasn’t just blowing off steam, or even having a good time. He was increasingly endangering himself and others.

Fast forward two years and the trouble has only escalated. In January, Manziel hit his then-girlfriend so hard during a drunken argument that he ruptured her eardrum, ​according to an affidavit she filed in court, The confrontation led his girlfriend to take out a restraining order against Manziel and press criminal charges.

Before turning himself in Wednesday, Manziel made sure to show the allegations against him hadn’t slowed him down. He totaled a car while driving too fast in Los Angeles and trashed the house he was renting before getting photographed wandering around Coachella clearly intoxicated.

Johnny Manziel isn’t past help, it’s just no one’s helping him. He doesn’t want advice from LeBron James and clearly isn’t listening to Super Bowl MVP Von Miller. But those are guys who are trying to reach out because they feel like they’ve been there. They’re offering friendly advice, checking in, warning Manziel that he’s about to lose it all. But Johnny can’t hear them over all the TMZ gossip and police sirens.

What Manziel needs is for his boss – the NFL – to mandate a treatment program. He doesn’t need to be fired or yelled at. He needs someone to see him for what he is – a kid in serious trouble – and actually, finally do something about it.