UCLA professor reminisces the start of admiration for punk music 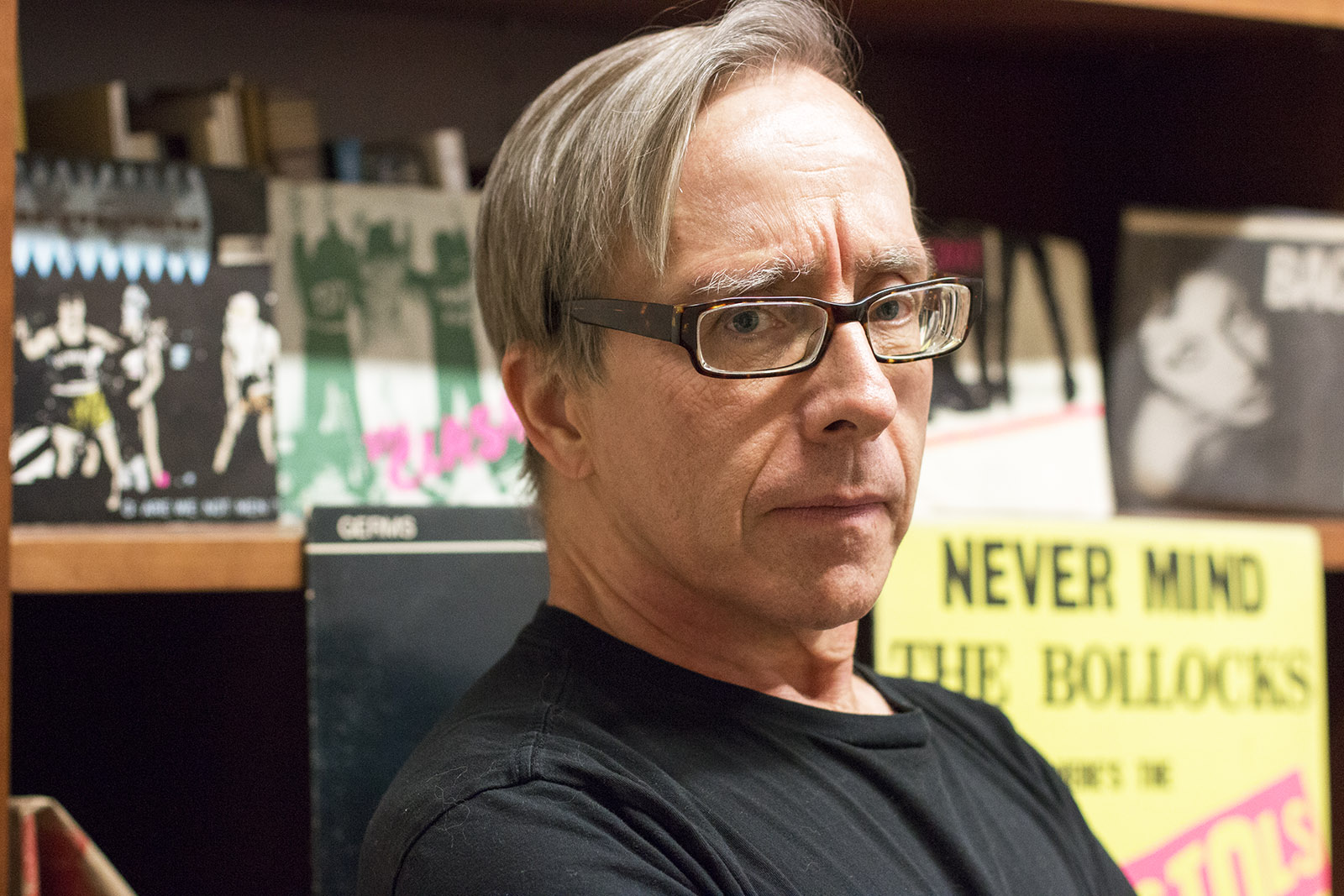 In the winter of 1977, Kenneth Reinhard and David Rosenak lounged in the back of a pick-up truck, sipping beers as they interviewed punk band the Germs. By the end of the decade, Reinhard said the music group would be known as one of the biggest punk music bands of their time.

Reinhard and Rosenak’s interview with the Germs aired on their college radio show, Your Punk Parade, the first punk radio show in California founded by the duo.

Reinhard, now a UCLA English associate professor, said the radio show gave them opportunities to hear punk music grow in scale and popularity into the ’80s.

Rosenak was in San Francisco when he first heard punk music on his radio. Radio host Rodney Bingenheimer played the Sex Pistols’ “Anarchy in the UK” on his show “Rodney On The Roq.” Rosenak bought his first punk records in a small San Francisco record store during the summer of 1977.

When he returned to the University of Redlands in the fall, he played The Jam’s single, “In the City” for Reinhard, his high school best friend. Reinhard thought the song was raw and full of emotion, so different from the pop or rock that played on the radio.

“We were both so excited,” Reinhard said. “It was like the best stuff we’ve ever heard.”

They spontaneously decided to create a radio show, Your Punk Parade, which began airing in October 1977 on the University of Redlands’ KUOR station.

Reinhard said besides a few singles by the Sex Pistols and the Ramones, very little punk music could be heard on the radio. The duo initially struggled to fill their half-hour slot because of the lack of available punk music.

They would get lost in small records stores in Pasadena or Pomona, California trying to find punk albums they liked, and often had to drive an hour and a half from their school to Hollywood. Many up-and-coming punk bands like the Germs printed their records themselves, and only a handful would be available to purchase.

“We would roam around the record stores and buy the ones that caught our eye,” Rosenak said. “It was like a guessing game.”

They went out to the Whisky A Go-Go on Sunset Boulevard, a club where they discovered new local punk bands they featured and interviewed for their show.

“The Whisky was a central place for punk music,” Reinhard said. “All of the precursors of punk had their first performances there.”

Reinhard and Rosenak danced in the audience when The Jam and The Stooges rocked on the Whisky’s stage. The two friends hung out backstage between sets and interviewed Eddie & The Hot Rods for Your Punk Parade.

Jessica Schwartz, an assistant professor in musicology, said punk was just beginning to emerge in the West in the late 1970s; Hollywood was still dominated by the glitter scene.

“Punk could not establish its own space,” Schwartz said.

Since punk groups were hungry for publicity, Rosenak said he and Reinhard were able to interview almost any punk band they wanted.

They ran into the Germs outside of a concert and spent several hours walking around record stores, eating burgers and talking with them. The Germs only had one single, called “Forming,” but Rosenak and Reinhard said they were already huge fans.

“Sitting in the back of my truck, (the Germs) seemed like normal people,” Reinhard said.

Schwartz said the East Los Angeles punk scene also became very active by the late 1970s. Groups like The Zeros emerged from the Latino community. Reinhard and Rosenak, who often hosted live concerts at their radio station, booked The Zeros, who were still teenagers at that time, to perform a private concert for them.

“They were younger than us, some of them only 16,” Reinhard said. “But, they were ferocious musically.”

The radio show did not appeal to most college students, who Reinhard said tended to listen to more mainstream music like the Rolling Stones. He and Rosenak had a diverse and unusual fan base, and unexpected populations of people would call in to talk on the show. A hospital that treated local criminals frequently called to thank the two DJs for hosting the show.

“A fan is a fan,” Reinhard said. “If they like what you’re playing, that’s what counts.”

Punk appealed to this audience because it was purely about anger, Reinhard said, offering release for the performer and the audience. The friends enjoyed the genre because in punk music lay a sense of breaking free from the mainstream music world dominated by rock bands like the Eagles.

“Punk broke away from the superficial world of pop music,” Reinhard said. “It came with a sense of catharsis, exuberance and release.”

Rosenak and Reinhard said when their favorite rock bands’ music became more about profit than emotion, they saw the groups lose their creativity and power. As much as Reinhard loved Peter Gabriel or the Rolling Stones, he said the bands lost their lives with time.

Punk bands, on the other hand, kept their vivacity, Reinhard said. What the pair of friends loved in punk was not the profitability, but the sense of exhilaration.

“Punk went back to something intense with short, powerful songs,” Reinhard said. “It hit you in the gut, not in the head.”