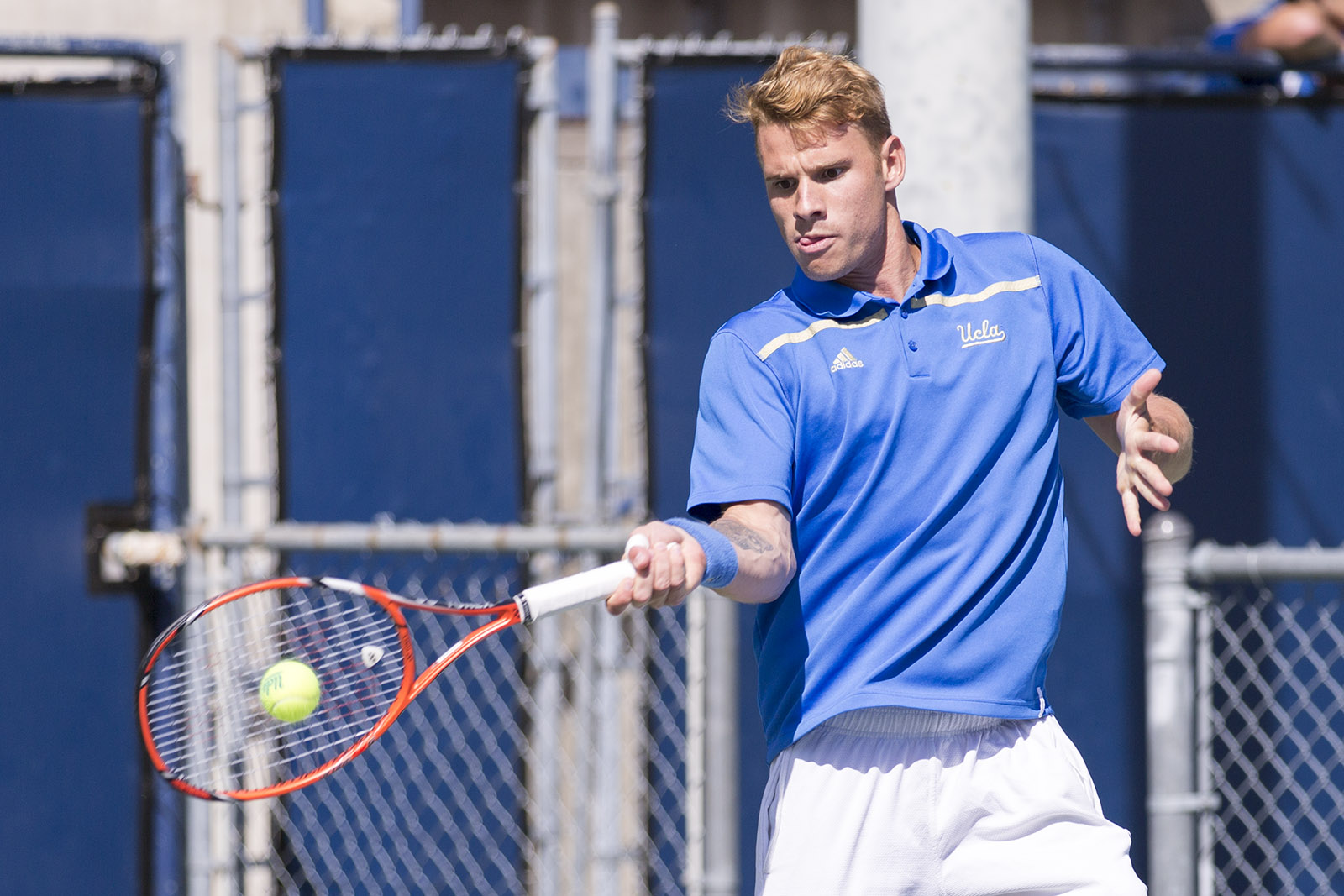 UCLA is expecting both the men’s and women’s tennis teams to earn a spot in the NCAA Tournament when the selection committee announces the draw Tuesday.

The men’s team already qualified when the Bruins took home the Pac-12 tournament title two weeks ago in Ojai, while the women’s team will most likely receive an at-large bid.

Currently No. 2 in the nation, the men’s team is set to stay as the No. 2 overall seed in the tournament behind Virginia. Some college tennis experts, however, believe head-to-head matchups within the top 16 will affect some of the seeding, possibly affecting the Bruins’ seeding. For instance, North Carolina, which is ranked third, has won dual matches over Virginia and UCLA, giving hope that UNC could be the No. 1 overall seed. The Bruins do have the benefit of their record being better than the Cavaliers and the Tar Heels, but it would be surprising to see UCLA move up since its strength of schedule was not as difficult two ACC schools’.

The NCAA Tournament is set to start May 14.

Ma’a made the first team after being named to first team All-MPSF and Off the Block’s Freshman All-America team. The freshman is fourth in the nation with 0.49 aces per set and also broke the school record by serving 57 aces this season.

Second-team honors were awarded to both Stahl and Arnitz. Stahl was a vocal leader in his third season with the Bruins and was named AVCA Player of the Week following the season opening road trip to the east coast. The junior ranks fifth in the country in blocks per set and was also a finalist for the Ryan Miller Award, which recognizes the best middle blocker in the country.

Arnitz improved his hitting percentage by almost 100 points this season while leading the Bruins in kills per set. He was also named first team All-MPSF and earned All-MPSF tournament honors.

UCLA travels back east to compete in the NCAA Tournament starting Thursday.