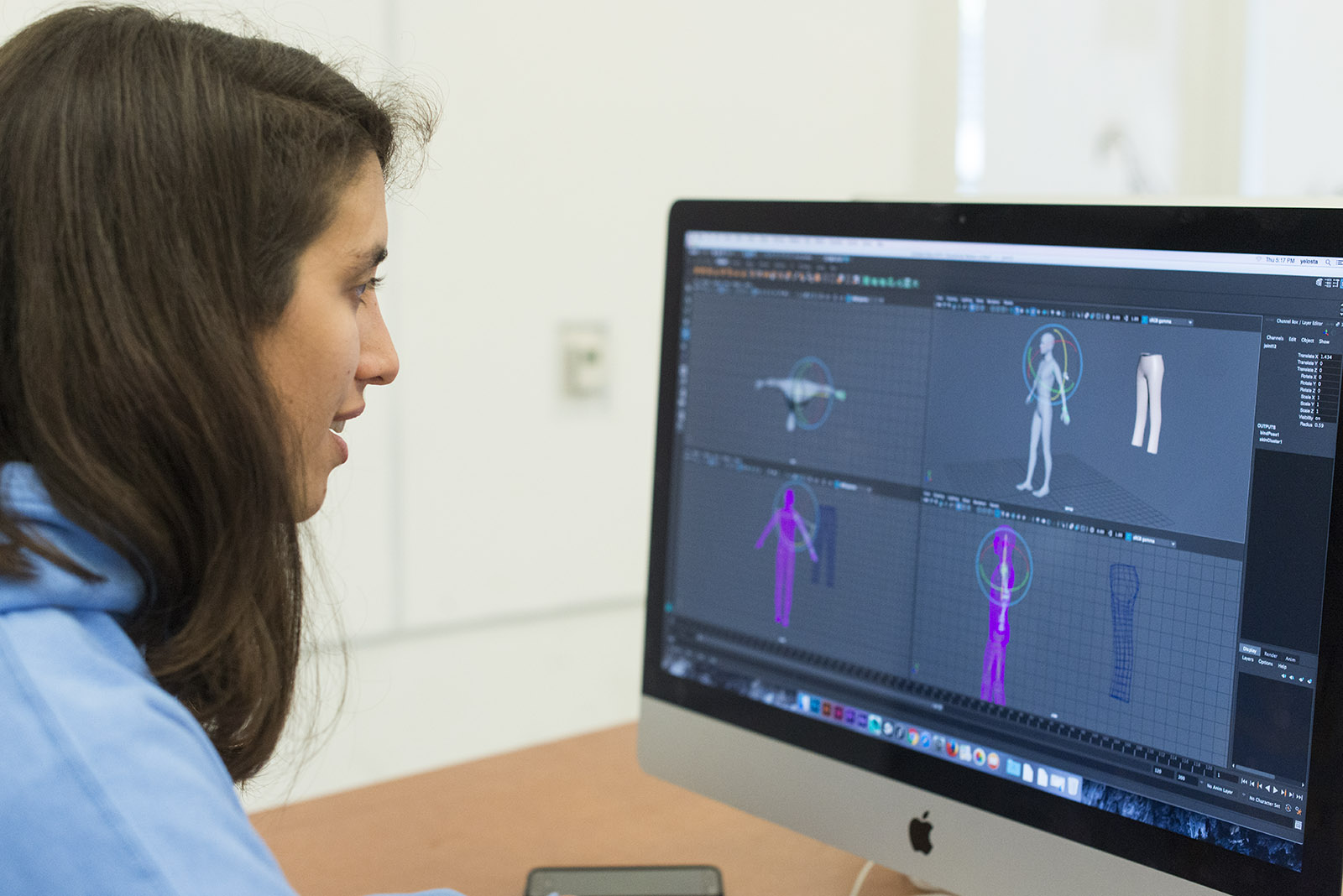 By Joshua Greenberg and Emanuela Boisbouvier

Daily Bruin A&E is following the Bruin Animated Filmmakers, a new club on campus, as they create a short animated film. In this week’s installment: the club’s revised targets and modeling the main character, Zombie Mike, and his environment.

The recently formed Bruin Animated Filmmakers club has learned a daunting though not discouraging lesson: making a 3-D animated film requires experience with the right software and a large time commitment.

While the group’s goals have scaled back from creating a complete three-minute short movie, they are still aiming to have a high-quality, minute-long demo with a few scenes by this June, said Joey Gomez-Benito, a fourth-year computer science student and co-founder of the club.

“(Modeling the scenes) is a big speed bump to our process right now. Bruin Animated revises goals for 3-D film to focus on modeling scenes,” said Nick Brunner, a fourth-year theater student. “We’re in the eye of the storm.”

The group knew modeling the storyboards into a film was going to be a complex process; however, Brunner said they did not adequately anticipate the delays that have arisen with the modeling process. Autodesk Maya, a 3-D graphics software the group is using, is very hard to master and few people know how to use it, said Tabatha Yelós, a third-year Design | Media Arts student and new member of Bruin Animated.

Gomez-Benito said he has the most experience with Maya and has trained some of his peers, but Bruin Animated only has a few people at an intermediate-advanced level and many of the software tools professionals use are too expensive for the student group to afford. Making three-dimensional animated movies is a very specific niche and is not something that is taught in undergraduate classes, he added.

“The closest you can get to understanding how (Maya) functions at UCLA is by studying computer science, but it remains incredibly difficult,” Brunner said.

However, once the 3-D resources for the scene are modeled, textured and rigged with posable skeletons, the pace should accelerate, Brunner said.

The Bruin Animated team has divided up the tasks to complete the first scene by the end of the quarter. While one member is focused on creating the computer on Zombie Mike’s desk, another is modeling the typewriter that falls onto his head at work. Every object in the scene requires many hours of work from each member of the group, Brunner said.

“It’s hard to be modeling a stack of paper and not be frustrated and wonder, ‘What am I doing?’” Brunner said. “It’s important for the members to remember they have a critical role in the larger plot.”

Brunner said the most time-consuming and challenging part is modeling the protagonist. Since Zombie Mike is featured in all the scenes, once he is modeled, half of the work is done, he added.

“He’s a male who is relatively tall, so I started with a base human-looking figure I can work with and model. I start with things very generic,” Yelós said.

Brunner said returning to the storyboards is essential during moments of slow pace and confusion; otherwise, it would be easy to lose focus and forget what direction the group had been going in. In retrospect, the leaders of Bruin Animated would have structured the group differently.

“If I were to try it again, I would probably try to get more of a leadership structure, so it’s not just myself messaging people, but try to have people that are in charge of teams,” Gomez-Benito said.

However, Brunner said Bruin Animated Filmmakers tries to create a pre-professional environment filled with trust and interdependence among the members.

Their aim of creating a three-minute short film was ambitious, Brunner said, and now they’re hoping to have only a couple animated scenes by the end of the school year.

“The idea that when me and (Gomez-Benito) will graduate, Bruin Animated will exist is amazing to me,” Brunner said. “We created a community that supports itself and each other.”