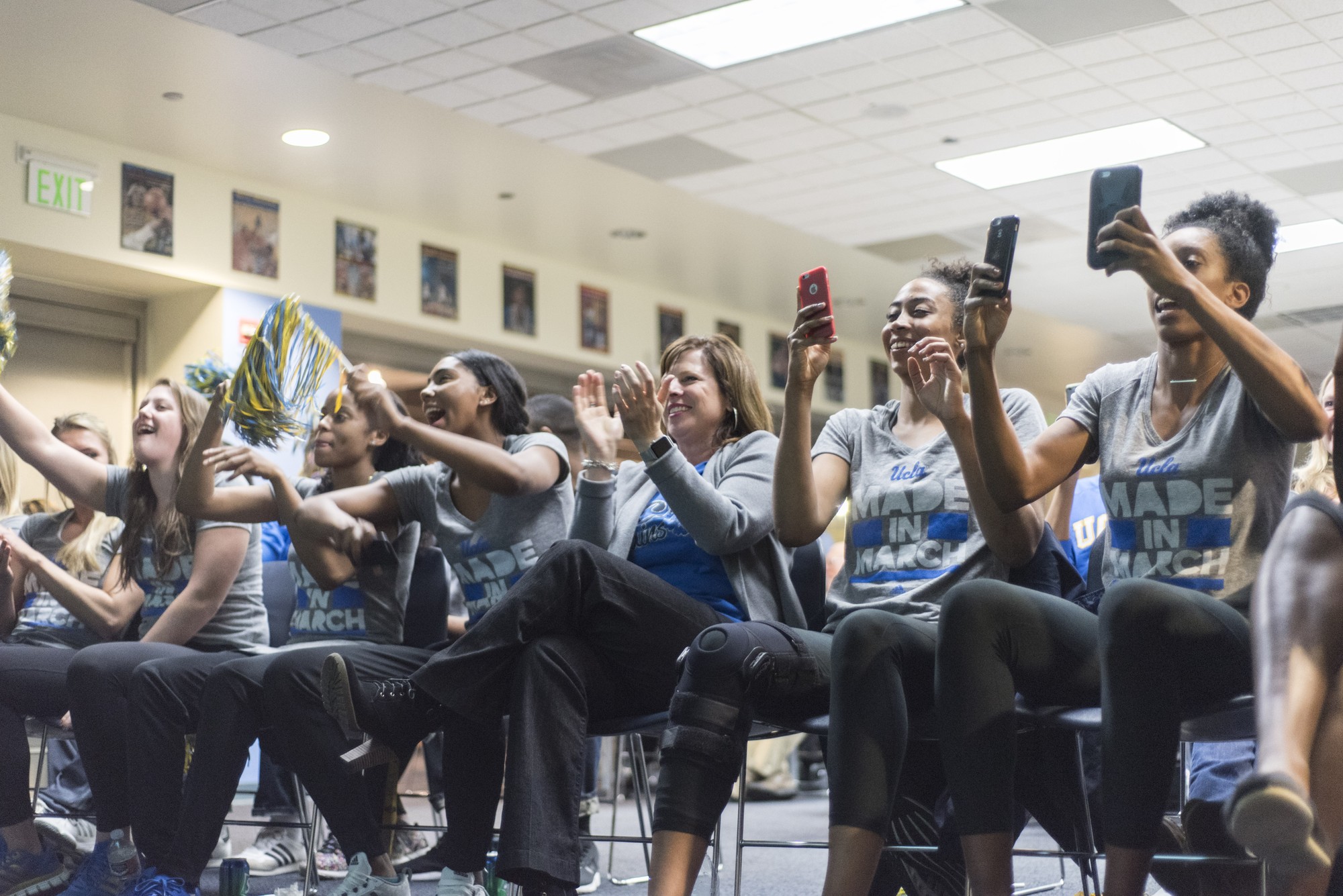 The UCLA women’s basketball team will be a No. 3 seed in the Bridgeport, Connecticut, region in the NCAA Tournament this month. (Korbin Placet/Daily Bruin senior staff)

A runner-up finish at the Pac-12 Tournament wasn’t enough to lift UCLA women’s basketball to a No. 2 seed in the NCAA Tournament.

Instead, the Bruins will be dancing their way to the Bridgeport, Connecticut, region as a No. 3 seed. Other contenders in the region include No. 1 overall seed UConn – last year’s national champion – and No. 2 seed Texas.

The Bruins will host a portion of the first two rounds of the tournament in Pauley Pavilion beginning Friday, March 18.

A few pundits thought that UCLA would be boosted to a higher seeding after Arizona State’s early exit in the Pac-12 Tournament and the Bruins’ strong showing, but the NCAA selection committee thought differently.

“I don’t think you can say that we are bummed,” said coach Cori Close. “I think it is all about matchups. Do I think that our players earned a two-level seed? I do, but if I had to pick between a No. 2 seed or a better matchup, I would pick the better matchup.”

UCLA finished the conference season 14-4 and 24-8 overall, tying for third in the league.